How F1 can slot lost races back into the calendar

The prospect of the 2020 Formula 1 world championship starting in Baku in June emerged in Melbourne as the paddock took in the full consequences of the cancellation of the Australian GP.

The F1 organisation and the FIA now face a huge challenge in trying to squeeze at least some of the postponed events into what was already a busy calendar.

For Chase Carey the motivation to save races is obvious. Promoters typically pay $25-30m for their slots – some flyaways significantly more – and every event that doesn't take place represents a huge financial hit to the bottom line.

A potential Baku season start date came up on Thursday evening when the team bosses met with Ross Brawn to discuss the heightening crisis.

Cancelling Australia was the priority, but it was also clear that Bahrain and Vietnam would have to join the already postponed China on the casualty list, even if there was less urgency to formally confirm their loss.

The consensus among the group was that fans should look further ahead, forget April and May completely and possibly aim to restart in June with the Baku/Montreal double-header, if the global health situation allowed. That would mean the Netherlands, Spain and Monaco joining the four flyaways on the list of casualties.

Now attention turns to how some events can be salvaged. One obvious solution is to slip at least one race into August, a month that currently includes three free weekends and the two-week factory shutdown that is mandated in the regulations.

Losing one of those free weekends obviously has its consequences. Hundreds of people who work in the sport have already booked family holidays in the only slot that they can use. Teams, F1, the FIA, broadcasters and other media will potentially have to deal with the challenge of placating personnel who have to change their arrangements. 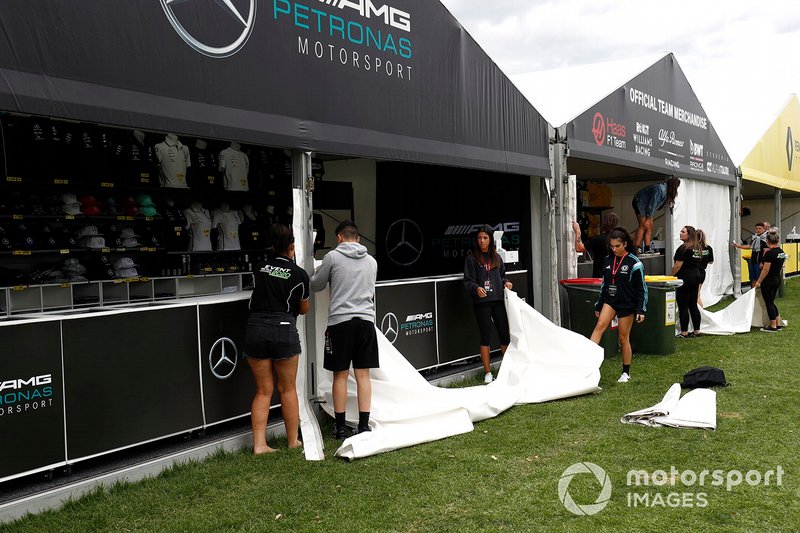 A shorter summer break may be more acceptable than in a normal season because travelling employees won't be as run down as they usually are, as they won't have done the usual punishing travel schedule. Also they could potentially have extra time off work in April/May in lieu of August.

The European events are obviously much easier to slot in, and figuring out which one is likely to be chosen first is not hard.

Monaco may be the most prestigious race of the year, but it doesn't pay F1 for the privilege of being on the calendar – and Chase Carey has to use any precious spot for a race that brings in hard cash.

Also the principality would not be keen on moving from its traditional May date, as building the track at the height of the tourist season would involve massive inconvenience. So if Monaco doesn't happen in May, it's not going to happen at all.

Barcelona is also unlikely to get a second chance. Not only is it on a one-year deal and basically just plugging a gap, there are also growing financial issues with the race. The promoter, who is unlikely to be too excited about an August date, will probably be relieved not to be invited to fill it.

That leaves Zandvoort, and for obvious reasons the Dutch GP will be the race that Carey will work hard to find room for. One logical date is August 9, as a back-to-back with Hungary. An alternative slot is August 23 – but that would create a busy triple-header with Spa and Monza, and two Verstappen-focussed races in two weekends might be a bit much even for his devoted fans.

August works for Zandvoort in so many ways. It was the traditional date for the race, and the weather will be much better than on May 1. It also gives the circuit a welcome three extra months to get everything ready.

One complication is on the logistical side. Zandvoort is a seaside resort and accommodation is probably already booked up – to parachute the entire F1 circus and fans into the area at this late notice will be a total nightmare. In addition many fans who were coming in May might be planning to be somewhere else in August, although there will be plenty standing in line to buy any returned tickets.

An alternative for Zandvoort could be July 26, slotting into the gap between Silverstone and Hungary, but creating a challenging triple-header. However it would at least leave the summer break unchanged in August, with three free weekends. 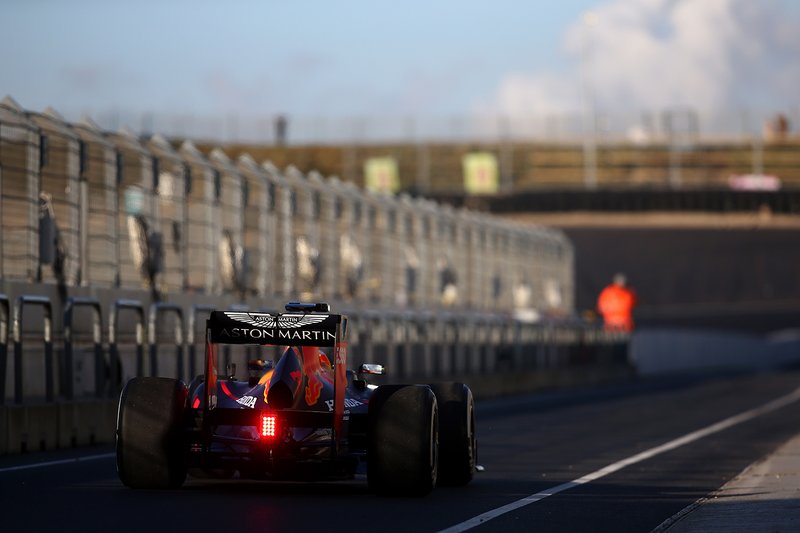 Could Carey sneak a flyaway race into August? It's possible, but unlikely. Realistically he has to find room at the back end of the season, where there isn't much leeway as we saw a few weeks ago when China was postponed, and options were pondered.

Now he has Australia, Bahrain and Vietnam to think about too. It's obvious that Melbourne is done for 2020 – there is no way that the city will be able to build up the track twice in the same year, even without the commercial considerations.

Of the other three, Vietnam is the one that Carey will most want to save, as like Zandvoort it is such a big deal for Liberty.

However, finding a new date for a street event is much harder than for a traditional circuit. Shanghai and Bahrain are a lot more flexible, but China is restricted by weather considerations as we get into November.

The obvious option at the end of the season, which currently finishes in Abu Dhabi on November 29. Weather permitting, Bahrain/China/Vietnam could slot in a week later on December 6 as the finale. However, as is well known, Abu Dhabi pays for the privilege of being the last race – in which case it could move to the later date, and a postponed race would take its current slot.

If the race that gets the late season slot is Bahrain it would make for a unique Middle East double-header. For obvious reasons, the two events usually wouldn't want to be so close on the calendar, but why not make a virtue of it and potentially attract fans from all over the region and even further away?

There is an outside chance that Abu Dhabi could be pushed as far as December 13, creating a little more breathing space – possibly even enough for a triple-header that allows two extra races to be fitted in. But three races in a row at the end of the year, while teams are flat out on their 2021 projects? It won't be popular.

Another unappealing option is to leave Abu Dhabi where it is and add a race on November 22, giving fans a triple-header that starts in Brazil. But at least the season would end on schedule, and two of the races will be close neighbours.

If nothing else moves, October 4 is currently free, but using that creates a run of four races, while the same goes for October 18. There just isn't enough space.

Starting in Baku and adding the "lost" race of Zandvoort in the summer and one flyaway at the end of the season leaves us with a healthy schedule of 17 races – not a bad strike rate at a time when some sporting contests will be lost completely in 2020.

One team boss said on Friday that 18 is the target, but achieving that will require some serious compromises, and possibly some unexpected shuffling of existing dates by F1 executive Chloe Targett-Adams, who is responsible for the calendar. It's not going to be easy… 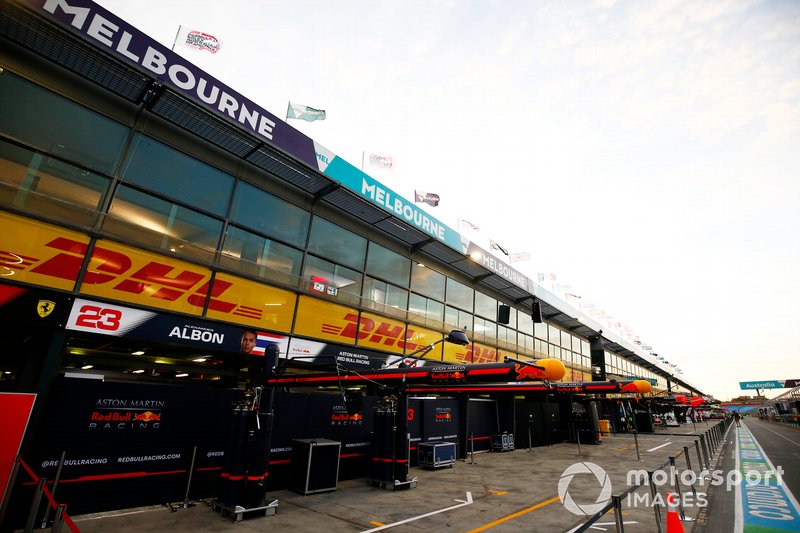 The Red Bull Racing garage in the pit lane