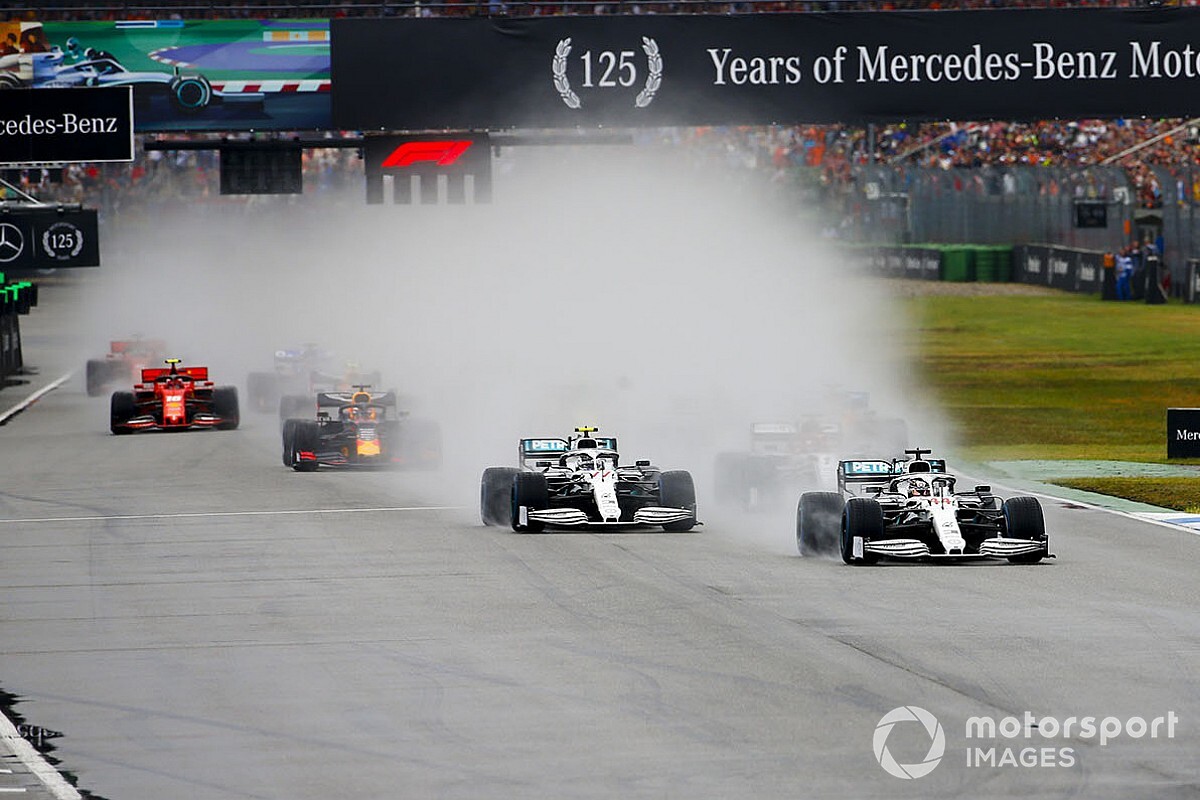 The way rain spiced up the German Grand Prix harked back to Bernie Ecclestone's notorious suggestion of a sprinkler system at Formula 1 tracks. But the elements that made Hockenheim great can be replicated without 'fake rain'

When Bernie Ecclestone famously touted his plan for sprinklers to produce 'fake rain' to help spice up Formula 1 races, it didn't generate that much support either among fans or inside the paddock.

Mark Webber gave a pretty succinct response as to whether he was in favour of the idea. "No and no," declared the Australian.

The rebirth of a twice rejected F1 driver