One of the surprises of the 2021 Formula 1 season is that Mercedes did not end up spending any development tokens on its constructors’ championship-winning car.

As part of the rules aimed to help F1 get through the financial difficulties triggered by the coronavirus pandemic, teams were forced to carry over their 2020 chassis in to this year.

However, they were allowed to make limited upgrades – which were restricted to the spending of two tokens that were weighted depending on how significant a part of the car was involved.

Mercedes was quite cryptic during the launch of its W12 car about where it had spent its tokens, as it kept its development plans close to its chest.

Current chief technical officer James Allison said: “There are some parts of the car that you can change token-free, for example the power unit, the cooling systems, the suspension and of course all of the aerodynamic surfaces.

"We have spent our tokens, but we won't reveal how we used them just yet. That'll become clear in good time."

But with the team having secured the constructors’ championship, it has now emerged that Mercedes never did actually get around to spending its tokens officially.

Mercedes technical director Mike Elliott has confirmed: “For us, I don't think we actually ended up spending the tokens.

Motorsport.com understands that a combination of the timing of the homologation deadlines, a late rule change from the FIA and the implications of new floor regulations conspired to prevent the team spending them where it wanted to. 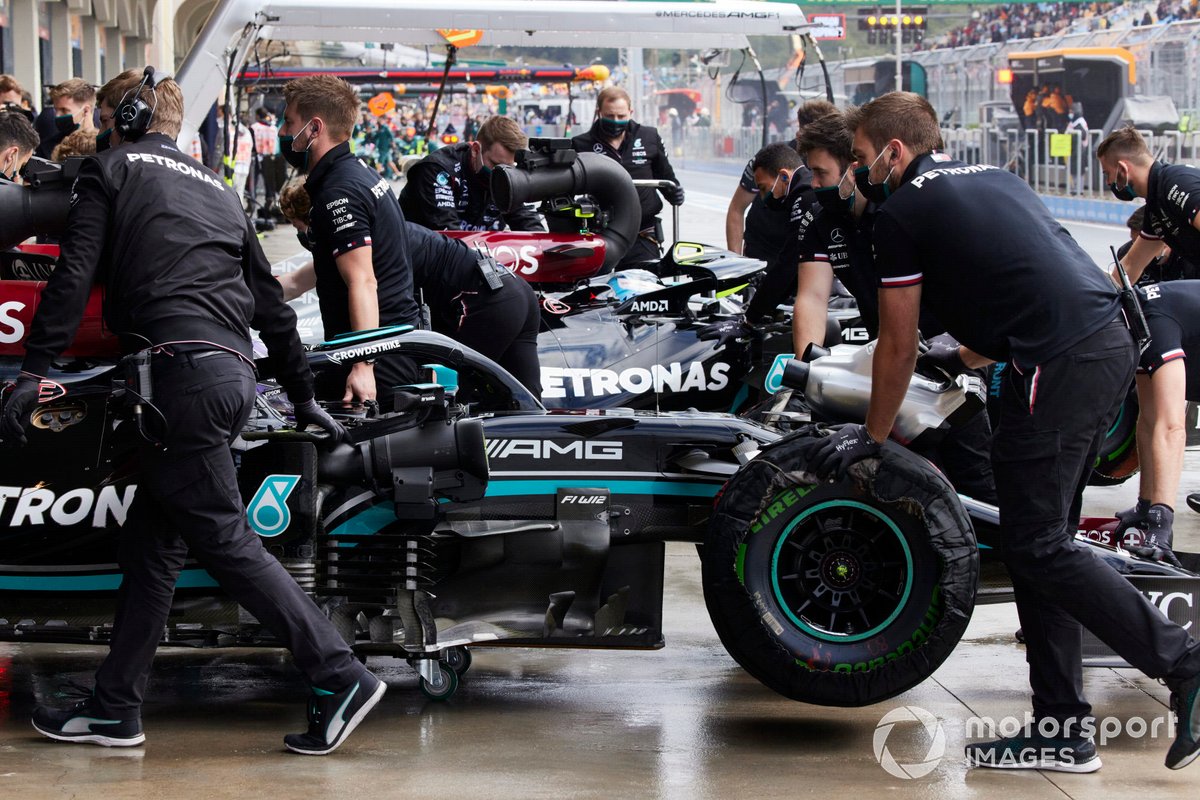 Lewis Hamilton, Mercedes W12, is returned to the garage

As part of the token spend rules for 2021, teams had to make decisions in July 2020 and inform the FIA of where they planned to change any homologated components.

So, by the July 22 deadline, Mercedes had made the call to spend its tokens on an upgraded nose that it believed would improve the car’s aerodynamics.

However, in the wake of the British Grand Prix tyre failures in August, the FIA wrote to teams after the race to inform them that it wanted to make a further step in aero regulation changes for 2021 to cut back on downforce even more.

This included greater restrictions on the floor dimensions, plus changes to the lower bargeboard area – which would especially hurt Mercedes.

Aware of the implication of the changes, and how they would hurt the low rake cars more than the high rake models, the most obvious solution then would have been for Mercedes to alter its gearbox to help it raise the rear ride height to overcome the consequences.

However, this was not possible because the homologation restrictions had already forced teams to commit to any gearbox changes just five days after the end of the 2020 shutdown in June. So it was too late to go down that route.

Mercedes was instead locked in with its original plan to spend tokens on its nose, which it had opted for when it was not aware of the full implications of changes to the 2021 rules. 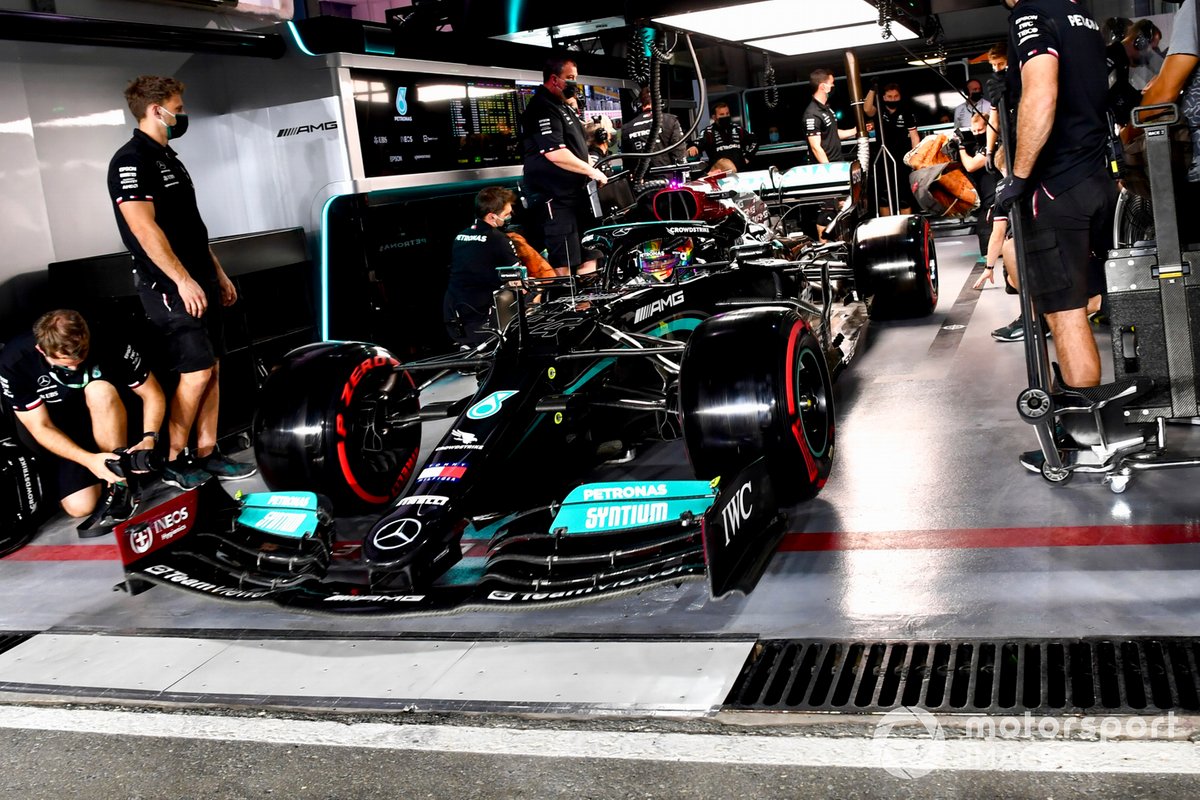 However, its plans for the nose ultimately changed when the consequences of the rule changes were made clear during a particularly difficult pre-season testing programme.

Elliott confirmed that it was the overall loss of downforce, rather than any particular balance problem with the car, that was its main concern during early running.

“I think when you've got a car that's dominant, which we've had previously, the balance you've got doesn't really matter so much to the drivers,” added Elliott. “So I don't think the issue we had at the beginning of season was so much balance, I think we just lost of lot of aerodynamic performance overall.

“Whether that hit us as hard as it hit other people, that's always impossible to judge because we don't know what the impact was on the other cars.

“All we know is by the time we'd done our work over the winter and turned up at the tracks, the sort of the advantage we had in the [2020] season, certainly advantages we had mid-season, had disappeared.”

Well aware of the work needed to recover, and with restricted wind tunnel time and the implications of the cost cap, Mercedes decided that it was better off focusing its 2021 efforts on sorting the basic package to overcome the downforce losses triggered by the new rules rather than pursuing the new nose.

That decision meant the plans for the nose were quietly shelved – so Mercedes never got around to running it and spending its tokens.

Despite the difficulties the team faced, Mercedes recovered to secure the constructors’ championship at the final round of the season, with Lewis Hamilton just missing out on the drivers’ crown thanks to the late race safety car restart in Abu Dhabi.