McLaren is the only outfit in F1 with a "great" technical team, but it lacks F1's brightest "star" Adrian Newey. 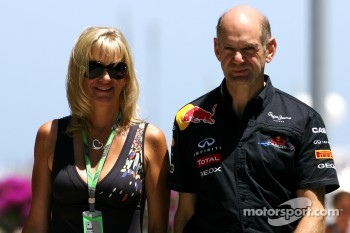 That is the view of pundit Marc Surer as well as Mario Theissen, who recently ended his long career as BMW's motor sport director before the former F1 squad enters DTM next season.

In a retirement interview with Switzerland's Motorsport Aktuell, the German defended not trying to poach Newey whilst he was building up the now-defunct BMW-Sauber collaboration.

"I had the impression that Adrian very strongly based his technical team around himself, to his way of working.

"I was convinced that we needed our design and aerodynamic side to have a structure that was not about one person.

"When I see today the way that Red Bull has gone, I must say: this person (Newey) is obviously so good that he beats the others no matter their methods. So hats off to him."

In my view the only great collaborative team is McLaren

"For your car design you have two choices: either a great team of designers or a very strong individual. In my view the only great collaborative team is McLaren.

"All the others try to do it with individual stars, but none of them have a star like Adrian Newey," he said.