In April this year Neel Jani set a 1m41.770s around the 4.352-mile Spa circuit in the revised Porsche, which has an uprated V4 turbo engine and energy retrieval systems that give it a peak output of 1160bhp plus 50 percent more downforce and active aerodynamics.

That made it unofficially the fastest-ever lap of the Spa circuit, with the quickest racing lap, which is used to determine the official lap record, a 1m46.557s set by Vettel during last year’s F1 race.

However, in the second part of qualifying for this weekend’s Belgian GP, three drivers lapped even faster than Jani’s effort.

Vettel ended up with the new benchmark, a 1m41.501s, with teammate Kimi Raikkonen and Mercedes’ Lewis Hamilton lapping in the same tenth.

Rain started to fall before Q2 ended and continued into Q3 as well, which prevented further improvements and meant the eventual pole position time was a 1m58.179s set by Hamilton using intermediate tyres on a wet track. 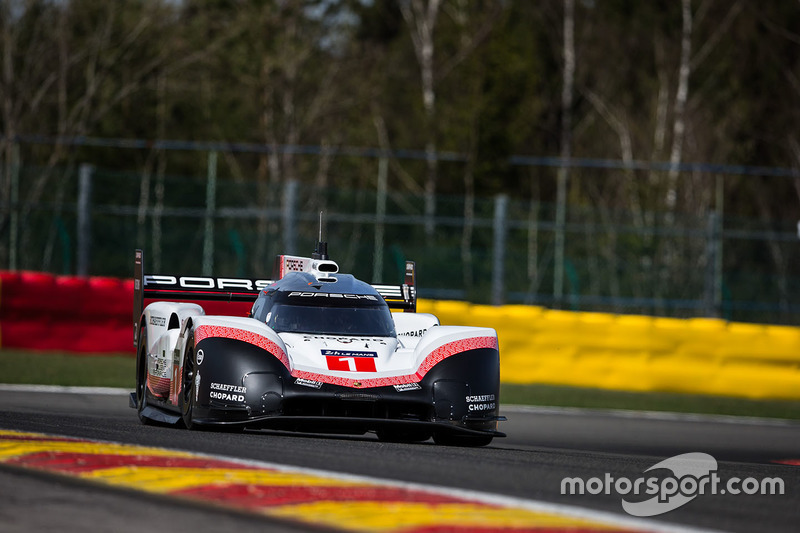 Porsche’s project with its LMP1 Evo car followed its withdrawal from the top division of the World Endurance Championship last year.

It followed up its Spa effort this year by smashing the late Stefan Bellof's outright lap record for the Nurburgring-Nordschleife two months later.

After his Spa time was beaten, Jani tweeted...

New fuel worth "over 20 percent" of Ferrari engine gains