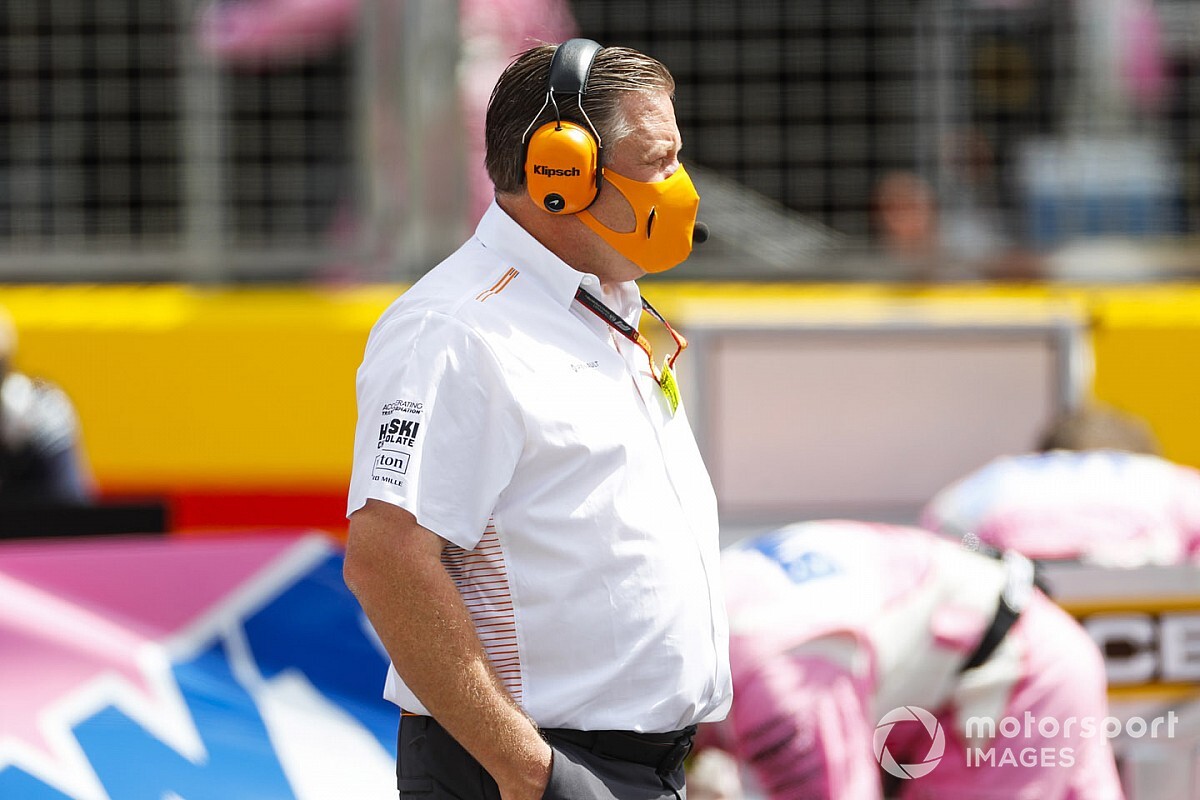 In a verdict issued by the FIA stewards today, Racing Point was fined €400,000 and docked 15 World Constructors' Championship points for using the brake duct design of the Mercedes W10 on this year’s RP20.

To the surprise of many observers the team can continue to use the ducts for the rest of the season, with the FIA stressing that the breach was in the design process, and that today’s penalty is sufficient.

Rivals disagree, and on Friday evening Ferrari became the first team to confirm that it has lodged a notice of intention appeal against the decision in an effort to get a tougher penalty, with McLaren following shortly afterwards. Brown was one of several team bosses to question the decision today.

“I think that is confusing for the fans, how something that is not legal in Austria is still on the car,” he said in an FIA press conference. “Around this whole copying, obviously they claimed that they had copied the car via photography. It’s clear from reading the document that is BS and therefore you have to question anything else around that car.”

Asked later about his fellow American’s “BS” comment, Szafnauer made his feelings quite clear too: “So Zak Brown, it is BS, because he's not an engineer,” he fired back. “He's got no idea what he's talking about. Zero.

“And I'm surprised at how little he knows about the rules of F1. It seems to me he knows more about historic racing than he does about F1.”

Szafnauer says that Racing Point has yet to decide whether or not to appeal, and cited a range of considerations that it will take into account.

“I think an appeal, for example, would require some further legal assistance from lawyers,” he said. “And it could very well be that the lawyers cost you more than the fine. So that's something you've got to decide.

“And then to me the 15 points that we're docked you've got to assess as well, is that gonna matter at the end of the championship? In some years it does. And some years it doesn't. So it's hard to predict. That could be a yes.

“And when you go to appeal, you've got different types of judges that will hear the arguments.”

Asked what his overriding emotion was after a dramatic day in the paddock, Szafnauer said: “Probably frustration, because the brake duct moved from a non-listed part to a listed part. We did have a relationship with another team, as Haas and Toro Rosso do, where they were running others’ brake duct designs forever.

“Haas, I don't think has ever run a brake duct design that wasn't Ferrari's, ever. They never designed their own.

"We've always designed our own. And we started the process of getting some data legally from Mercedes on brake ducts in 2018, before they were even contemplating moving them from non-listed to listed, and now we're in breach of a sporting regulation process that says, because we started with some data that we legally obtained from Mercedes, we're in breach.

“It's just ridiculous. That is the frustration. And you look at people like Haas, and Toro Rosso, who forever have been getting not just data but brake ducts and designs and everything, and they're all okay, but we're not? That's a frustration.”