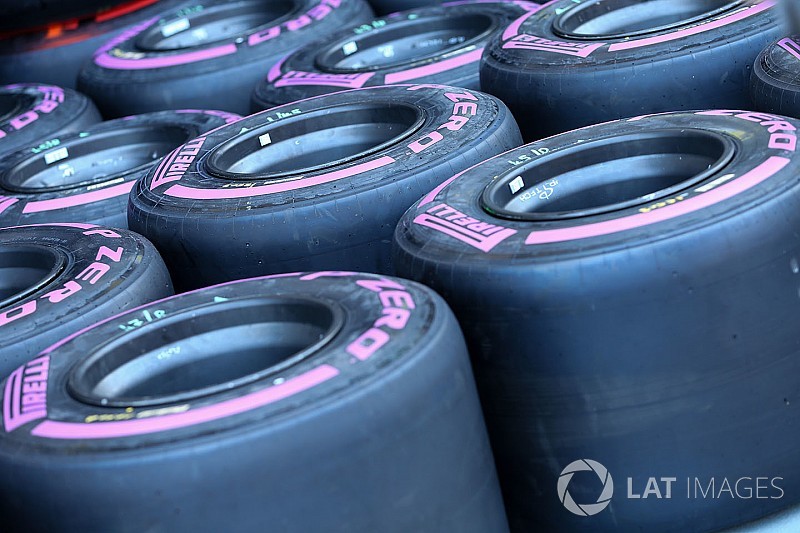 Pirelli has revealed Formula 1 teams' tyre selections for the Abu Dhabi Grand Prix, the final race of the 2017 season.

While the teams had gone for a relatively even split between the soft and the ultrasoft for the Yas Marina race last year, there is a clear preference for the faster purple-walled tyre in the 2017 selections.

Ferrari, who won the preceding Brazilian GP with Sebastian Vettel, is among three teams to choose 10 sets of ultrasofts for both cars – with Williams and McLaren adopting the same approach.

Red Bull's Daniel Ricciardo, Force India's Sergio Perez and Sauber's Marcus Ericsson have all also gone for 10 sets of the fastest tyre available, but their respective teammates have opted for a more conservative selection.

The championship-winning Mercedes team has nine sets of ultrasofts available for both its cars.

For Lewis Hamilton, they are complemented by two sets of softs and supersofts each, while Valtteri Bottas will have three sets of the red-walled tyre and just one set of softs.

Renault was the only team to select as few as eight sets of the ultrasoft compound, opting for a field-high four sets of supersofts for both its cars. 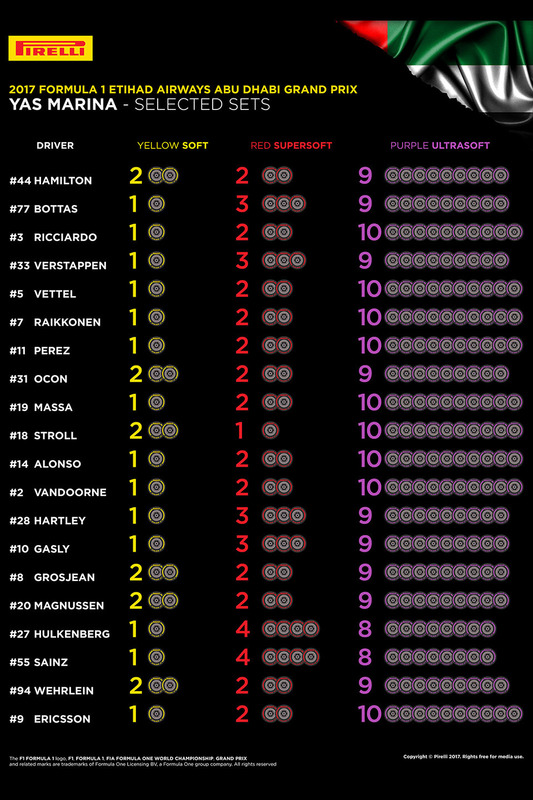 Top statistics from the Brazilian GP