Why F1 teams are worried by Brexit 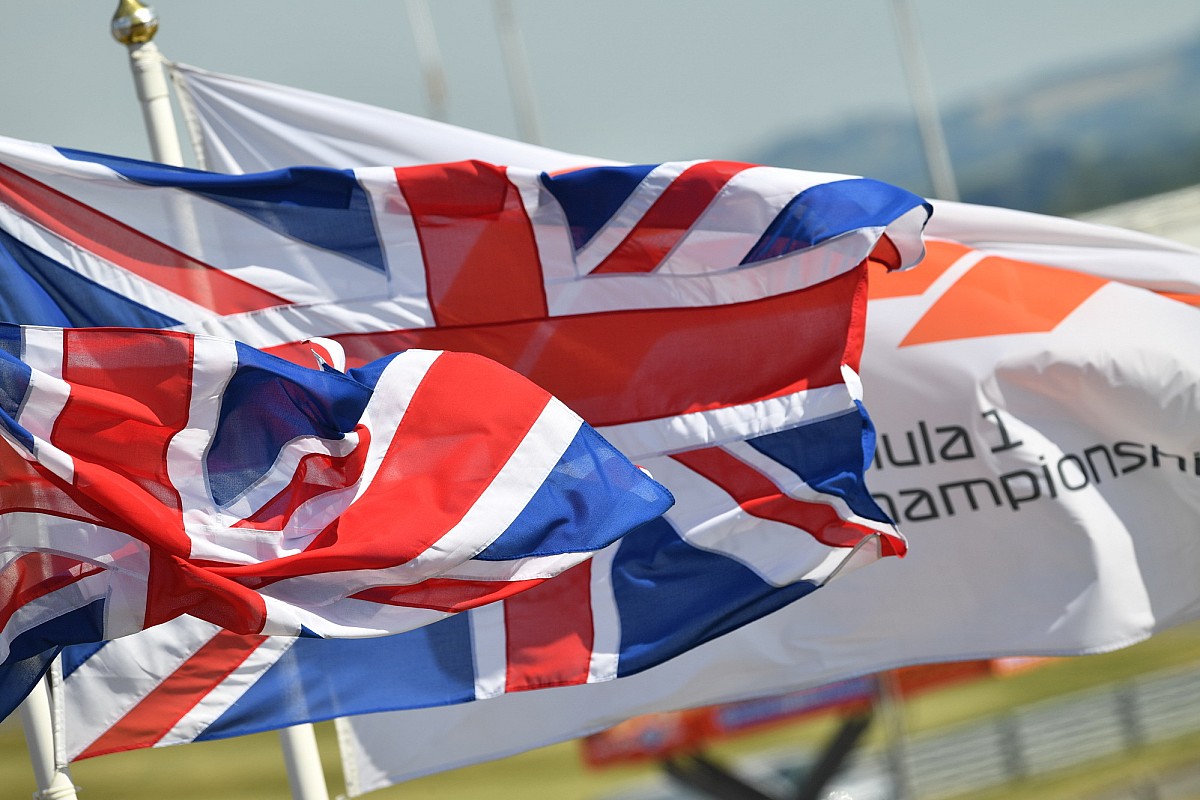 Formula 1 teams are fearful of the impact of Britain's exit from the European Union amid concerns they could suffer employment and logistical problems after Brexit.

The United Kingdom is due to leave the EU on March 29, 2019 but Prime Minister Theresa May is still struggling to win over members of Parliament to support her proposed Brexit deal.

That means it is unknown whether the protracted negotiations could result in the UK leaving without the UK a deal, lead to a second referendum to overturn the vote from 2016, or scupper Brexit entirely.

Leading F1 figures will watch very closely as the UK government prepares to conclude a pivotal five-day debate on Friday ahead of a crucial vote next week.

McLaren's chief operations officer Jonathan Neale says there are three "pillars" of concern: what it means for the talent teams hire from European countries, making sure the supply chain is unaffected by border restrictions and enshrining working capital requirements.

Neale cites "23 different nationalities" at McLaren, although they are not exclusively from Europe.

"It would be a pity, it would be awkward, if we suddenly got into visa work like we do with bringing people in from the US," Neale told Motorsport.com.

"It is not impossible but it's a pain, and we'd like greater mobility for talent from anywhere.

"It would cost us more time and be more difficult to recruit, so we would like not to see friction in being able to recruit talent.

"We are a diverse workforce, we're international by nature and that stimulus of having skills from everywhere and different ideas is what keeps the creativity going."

That concern is so real that Ferrari boss Maurizio Arrivabene has been moved to point out that staff members will be forced away from British-based rivals and "I suspect in the near future we will find a lot of people that they're knocking on the door of Maranello".

However, Arrivabene says this is not the best solution for F1, and Ferrari does not want it to happen. 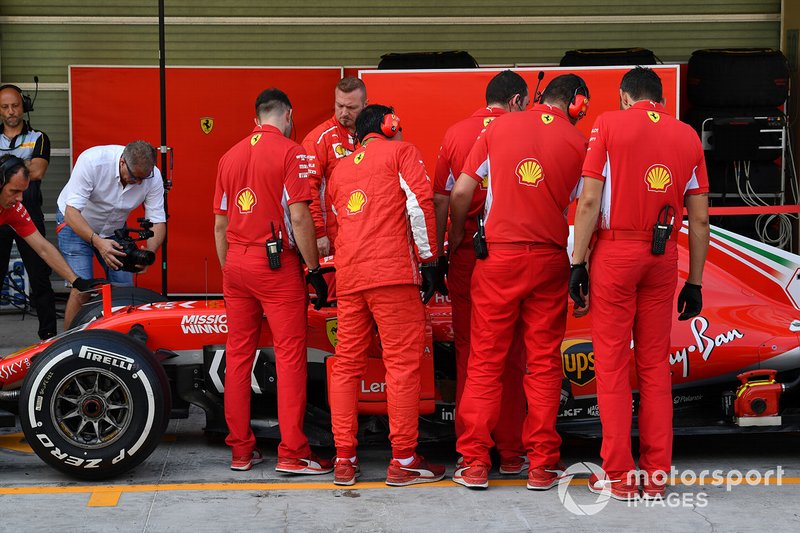 'Not a very pleasant development'

As well as the core group of independent teams – Red Bull, Haas, Racing Point, McLaren and Williams – being based at home, the works Mercedes and Renault teams are rooted in the UK.

Mercedes' race team is based in Brackley and its High Performance Powertrains division in Brixworth, while Renault continues to use the Enstone facility that has been crucial to that outfit's many guises.

Renault boss Cyril Abiteboul says Brexit is a concern because of the role the UK has played in the works team's progress since returning to the grid in 2015.

"We've grown very quickly in the recent years and it's been done in particular thanks to the possibilities offered by the UK, bringing in youngsters, people are coming out from school," says Abiteboul.

"We don't want that to change."

Abiteboul says Renault, and its partner Nissan, is engaging with UK authorities to establish what the impact could be on its staff members.

It is a similar position to the one taken by Mercedes, whose team principal Toto Wolff describes Brexit as "not a very pleasant development".

"We are monitoring it very closely because as Mercedes we have a large operation in the UK," says Wolff.

"Our motorsport division, call it 1800 people, with a large percentage of EU citizens working for the team." 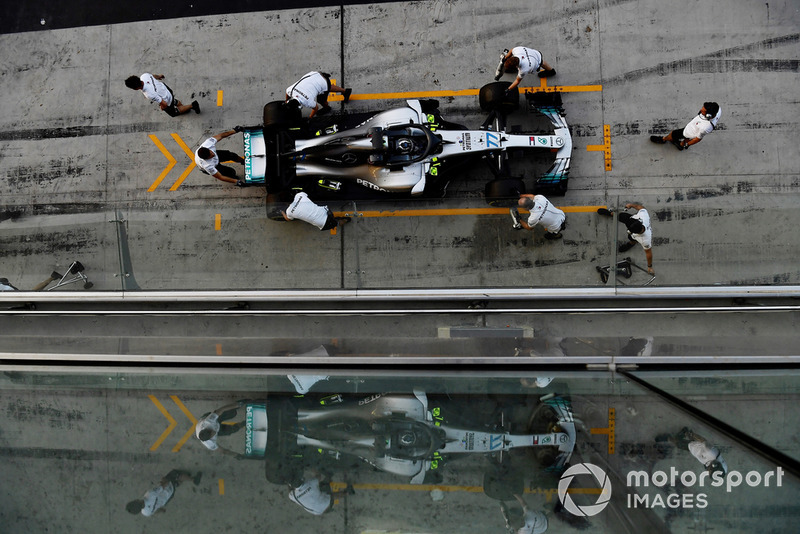 A cost of time and money

While staffing is evidently the primary concern for F1, a close second is the impact of closed borders.

The logistical challenge of managing the freight demands of an F1 is not exactly insignificant already and teams are fearful it will become even more complex.

Wolff says Mercedes has already "taken steps" to make sure goods that the team imports from the EU "are not stuck on the border", while Neale points out that F1 effectively operates on a knife-edge in terms of meeting deadlines when transporting freight for races.

He gave the example of McLaren almost being caught short in this year's Abu Dhabi seasons finale because of a customs clearance issue over hydraulic parts going into the United Arab Emirates.

Neale says "three or four pallets" were held up in customs for three days and left McLaren "24 hours away" from being stopped from taking part in Friday practice.

The logistical concern of border restrictions is linked to the third "pillar", which is the impact it will have on the cost of making sure things run smoothly.

"It is going to cost more, it will be more paperwork, more administration, it's more time," says Neale. "In some cases complex systems are coming in, going back out and crossing borders, multiple times.

"When you do that – if you're having to do the customs forms, pay the VAT, do this, do the trade tariff – those inefficiencies just cost you not only time but it puts working capital requirements up." 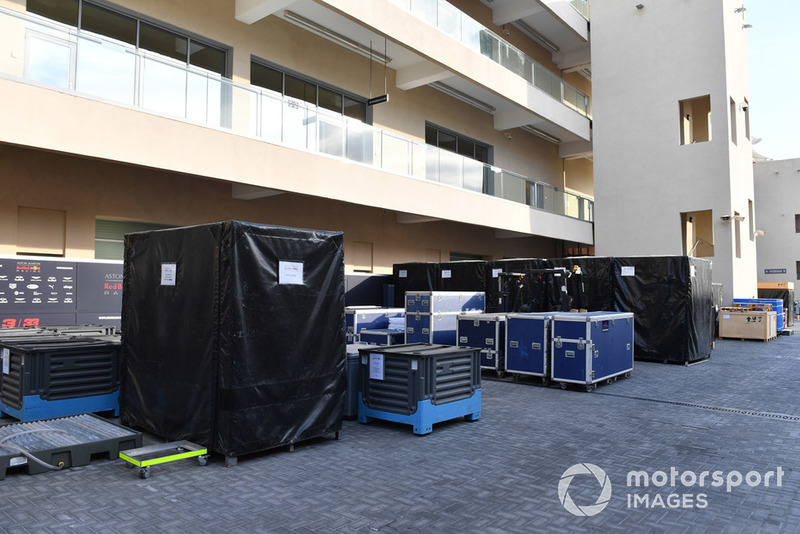 One advantage F1 has is a significant amount of muscle-power, given it comprises so many strong individual companies.

As well as individual conversations with HMRC and other relevant UK authorities, teams are understood to be in conversation with Formula One Management and its logistical partner DHL.

F1 teams have not reported a negative impact pre-Brexit, but the expectation is there will be imperfections if it becomes a reality.

When asked if there will be an upside to Brexit after the initial disruption, Neale says: "Not one that Formula 1 can see at the moment."

Some teams had hoped for clarity in the coming weeks, but this was before the turbulence around the deal descended into greater turmoil, thanks to the ongoing rebellion against the PM's proposed deal.

The PM has suffered three defeats already, the first two relating to the government's shortcomings over publishing Brexit legal advice and the third as MPs voted to exert more influence over the process if the current proposed deal fails.

MPs will vote on the Brexit deal next Tuesday (December 11), which means the wait goes on for F1 teams to discover if and how they will be impacted in the coming months.

Has Johnson shown America’s next F1 star could come from NASCAR?