Mark Webber has this week enjoyed a high-risk ride on the back of a Grand Prix motorcycle. 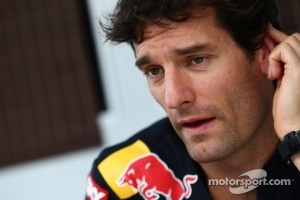 The Australian, who recently sat out part of his own outdoor adventure challenge in Tasmania ostensibly due to Red Bull's fear of injury, rode at the rear of a Ducati 2-Up machine at Queensland Raceway.

At the controls was his countryman Troy Bayliss, a former MotoGP rider and triple Superbike world champion.

"Some things need doing," wrote Webber on Twitter as he published a photo of himself and Bayless mid-wheelie.

Bayliss replied: "You (Webber) were a top pillion and ripped it up solo as well."

During the 2008/2009 pre-season, Webber badly broke his right leg in a mountain biking descent.

He said earlier this month: "I'm not going to wrap myself in cotton wool.

"Formula one rules my life for most of the year, but I am going to go away, train and have fun doing it and nobody is going to stop me."