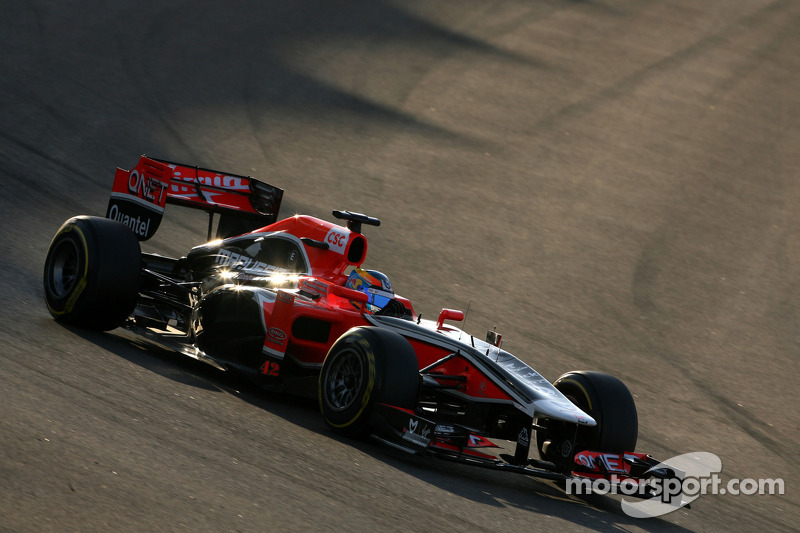 Robert Wickens completed his week of Formula One driving with a successful test back with the Marussia Virgin Racing team at the final ‘Young Driver Test’ day in Abu Dhabi on Thursday, 17th November. 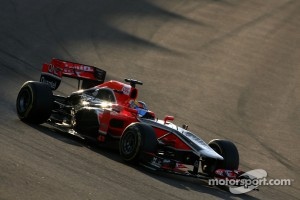 Following his season as a Marussia Virgin Racing Reserve Driver, the 22-year-old from Ontario enjoyed his first prolonged session in the MVR-02 at the Yas Marina circuit. He was reunited with the car having driven it in anger for the first time on the 90-minute Friday morning practice session at last weekend’s Abu Dhabi Grand Prix, after which he then switched to the Lotus Renault GP car for a one-day test earlier this week.

Back in familiar surroundings at MVR, Wickens acquitted himself well as he shared the final day’s running with French driver Charles Pic. Wickens was allotted the afternoon session and completed 34 laps, most of which were spent developing new Pirelli tyre compounds. A flying lap on the super-soft option tyre at the end of the day netted a 1m45.934s, 0.41sec quicker than Pic’s best time in the morning.

Wickens, the first Canadian to drive in Formula One since former World Champion Jacques Villeneuve over five years ago, was pleased to end his week in Abu Dhabi on a high note: “It was a busy afternoon – I didn’t get out of the car at all – but I’m pleased with my progress and my lap.

“I have to look at fine detail with the engineers to fully evaluate my performance, but overall I’m happy with our work today, and thanks to Marussia Virgin for offering me these two great opportunities here in Abu Dhabi.”

Wickens arrived at Abu Dhabi having this season become the first Canadian to secure a major single-seater championship in Europe, after winning the Formula Renault 3.5 World Series title with backing from Marussia Motors.

After last Friday’s free practice run among the 24-car F1 field, the one and half days of young driver testing provided by MVR and Renault Sport respectively resulted in Wickens setting the fastest lap time of the week for both the Marussia Virgin and Lotus Renault GP team’s.

“It’s been quite a week,” said Wickens. “To secure a Formula One race drive is my sole goal for the future, and to come here, experience working within ultra-professional F1 team environments, and set some representative times is a big notch on my journey. It’s a great way to end a strong season.”