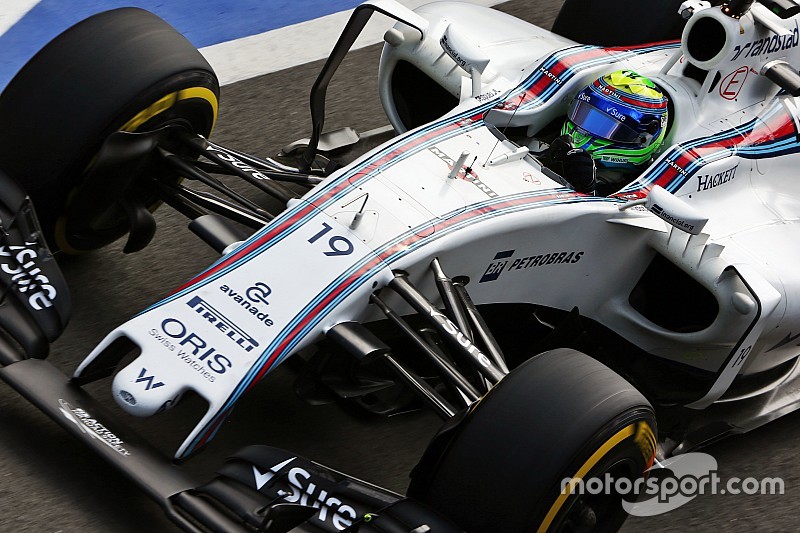 In his latest column, Felipe Massa recalls a difficult British Grand Prix and offers his views on F1's radio controversy.

Although I'm happy with what I managed to do at the British Grand Prix, both myself and the Williams Martini Racing team were expecting a different Silverstone weekend.

Sometimes there are important results that come quite easily, and then there are other times where you give the maximum effort without being rewarded with any points. That was the case for me last Sunday.

I had better pace than my teammate, but I still struggled a lot. I had fights with Fernando Alonso, Sebastian Vettel and other drivers, but still managed to miss a reward at the end of it.

After our high expectations ahead of the weekend, something did not work as expected. Our engineers had pulled off a substantial technical effort to bring some new components for the last two races, which we hoped would help us.

But at these two races in Austria and Britain, which we should have shown our best, things did not live up to expectations.

The team though is committed to understanding the reasons for this lack of performance, and I hope that soon we will return to the positions that I know we should be competing in.

Due to the degradation of the rear tyres, I suffered a lot in qualifying, and that did not allow me to perform as well I thought we should. Valtteri had fewer problems than me on single-lap pace, but over race runs I was in a better place, as was confirmed on Sunday.

Despite my difficulties I was able to get in the fight for points, even if it was not a fun ride because I was often having to fight hard for positions against some people who were defending quite hard.

I had several decent battles, and in my fight with Vettel there was also the risk of contact. I complained over the radio because of the fact that he had pushed me off the track, but after the race I saw the television pictures and it was clear there was nothing deliberate in his actions.

Even so, I had been forced off the track, and it is not up to me to judge if he should be punished or not. In the end, it did not have much of an impact on my race, where I ended up 11th.

After a weekend off, we are heading to Budapest, which is a track that over the past two years has been quite difficult for us. But since, on the tracks where we expected more, we did not reach the hoped-for levels of performance, who knows what will happen in Hungary. We could have a surprise!

After the Silverstone race there was a lot of talk about team radio communications between drivers and engineers on the pit wall, because of the penalty that was imposed on Nico Rosberg.

At the Austrian Grand Prix, I had to retire because of a brake problem, and if I had had the chance to discuss thing with my engineers then maybe we could have changed things to help me finish the race. But doing so is not allowed.

When Rosberg suffered gearbox problems, he did not hesitate to ask the engineers what to do – and getting the information that allowed him to solve the problem. Ultimately he did lose a position when the penalty was imposed – but he still remained third.

The current cars are not any more 'mechanical' than they were in the past, but they have evolved to become travelling workshops, and their management is very complex.

We have hundreds of commands on the steering wheel, and I don't think any driver is able to remember all the available options. If he did know them all, he wouldn't be a driver, he would be a race engineer – and also a very good one!

There are so many different combinations of commands, and we have in front of us such a large amount of information, that in the end we focus only on those functions that we use more frequently. I doubt there is a driver who knows all the options he has available.

Plus, I can guarantee you that when we are driving at more than 300km/h, it is not exactly relaxing having to focus attention on the steering wheel rather than watching what is going on on the track.