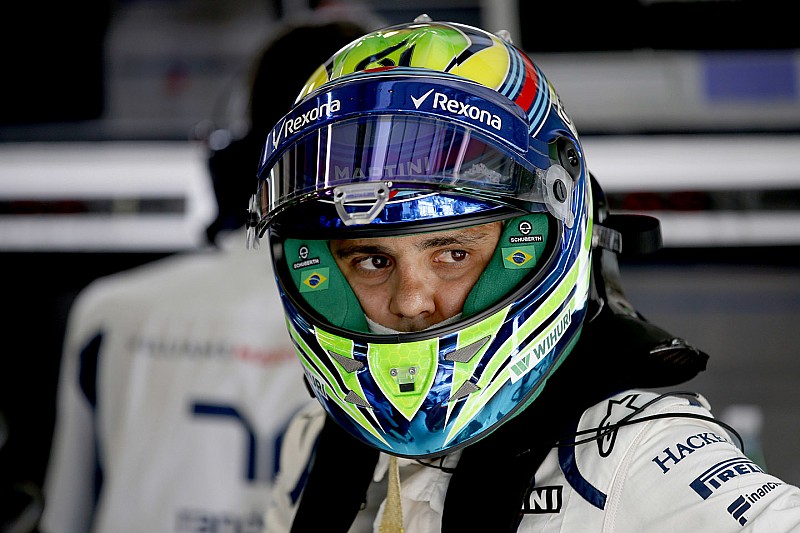 In his latest column for Motorsport.com, Felipe Massa reflects on a difficult weekend in Austria and on the controversial crash between the Mercedes drivers.

My Austrian Grand Prix weekend did not live up to expectations. My Williams Martini Racing team had been optimistic about our performance on the eve of the Red Bull Ring weekend, and we believed we could bring home important points from both cars.

Of course we needed some factors to go in our favour to deliver such a good outcome, but in the end things turned out to be different.

In my case, the weekend took a turn for the worse after qualifying, because until Saturday there were real possibilities of getting a good result.

Unfortunately before the race the Williams engineers discovered a problem with my front wing and the diagnosis was immediately clear: we would need to replace it.

It seems that contact with a kerb had created a crack in the wing, and to have started the race in that condition would have involved the risk of a failure.

Due to parc ferme regulations I had to change the wing and start the race from the pits, so I was facing an uphill struggle where I would always be stuck trying to get past cars.

The impact of that was that my brakes progressively began to overheat, and that meant I had to start leaving gaps to other cars in order to bring the temperatures down. But despite the inconvenience, my pace was already good.

I had got up to eighth place and had put on tyres that I knew could get me to the end of the race. I had Sergio Perez behind me and, although he had fresher tyres, he was struggling to get a good rhythm.

But then suddenly one of my tyres started losing pressure. So I had to pit for a new set, and when I got back out I was stuck behind many slower cars. The brake temperatures then shot to the sky and the team, as a precaution, decided to call me back to the pits and bring an end to my race.

It was a shame because, despite not having the pace of Mercedes, Ferrari nor Red Bull, there was still the possibility to finish the weekend with important points for the championship.

The one positive from the weekend though was that the pitstops were again fantastic – and fastest of everyone. It's becoming a nice habit.

Luckily there isn't a lot of time to regret the outcome of the Austria weekend because the focus switches immediately to the British Grand Prix, where we think we can deliver a result of a different kind. It's the home track of Williams and we have always been competitive there – so I hope we can continue this tradition.

Going back to last Sunday, though, I obviously watched the Hamilton/Rosberg duel. Having finished my race early, I was able to see live what happened between the two Mercedes drivers, and I admit that initially I thought it had been a racing accident.

But then later, thanks to watching the replays, I saw that most of the responsibility was down to Nico. He took a bit too long to turn right at that corner, and at that point contact with Lewis was inevitable.

I do not think Nico drove him off the track, but he did leave him very little space. After the race I was certain that they would not penalise him for it though, but I was wrong. Even with the penalty added to his time, he still finished the race in fourth position.

It is not easy to handle situations like this. Maybe in the next few races there will come team orders, but are we sure that the drivers will obey them? I must also say that for the fans, situations like what we had last weekend are exciting, create interest and give us plenty to talk about.

I believe that such a confrontation between two drivers is the main reason that there will be great attention on this championship. With two drivers who fight for the title with the same equipment, it is possible that this confrontation will continue until the last race.

It is nice for the spectators, but I would not want to be in the shoes of those who have to manage the team...

Toro Rosso has to do better in qualifying - Sainz