Ferrari is set to bring further updates for its SF1000 Formula 1 car to the Eifel Grand Prix at the Nurburgring next weekend. 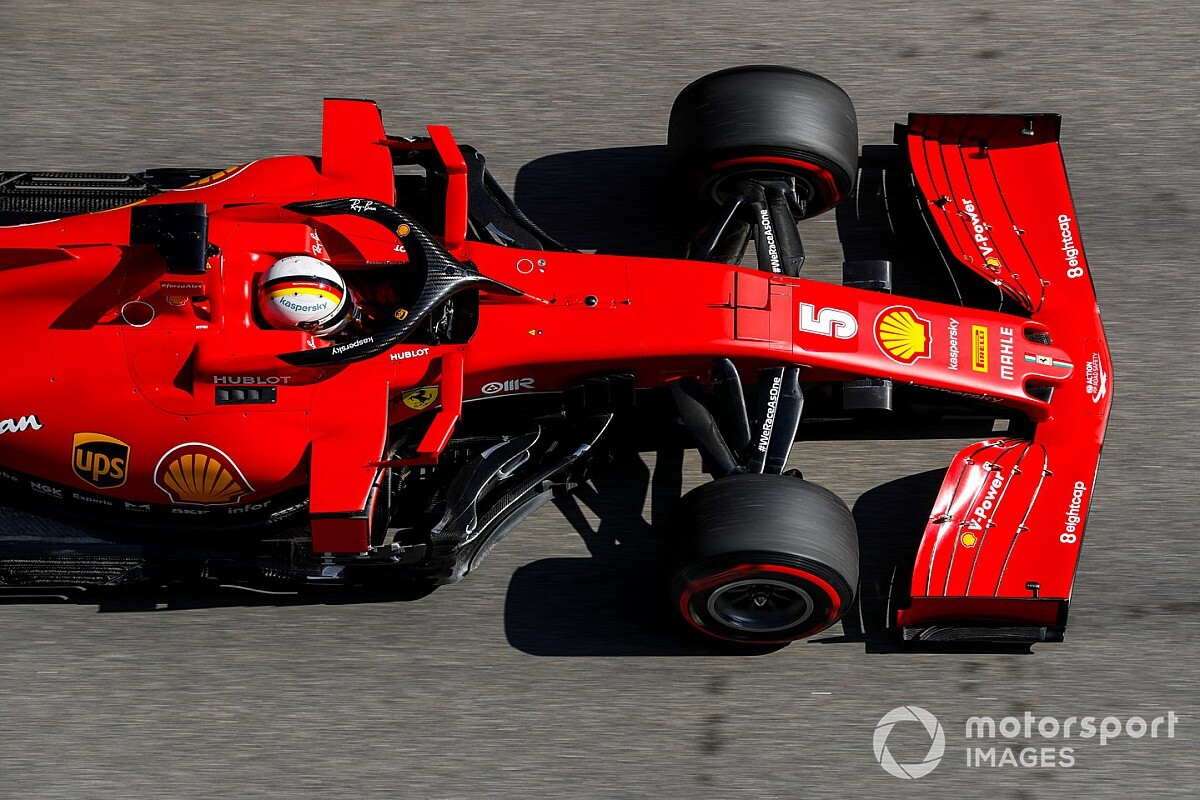 Ferrari ran with a number of new parts on its car throughout the Russian Grand Prix weekend in Sochi as Charles Leclerc recorded the team’s best result in five races, finishing sixth.

The updates included new rear wing endplates, a new nose cape and turning vanes as the team looked to remedy the issues with the underperforming car (see video below).

“Driving-wise, it’s not like we felt a big difference,” said Leclerc when asked by Motorsport.com how much progress he felt with the updates.

“But the data says that it’s a small gain, which is what we expected, so this is already positive. Now I’m looking forward to the next race where normally we’ll have something a bit bigger.”

Team principal Mattia Binotto expanded on Leclerc’s comments by confirming some updates would be brought to the Nurburgring, and said attention would thereafter shift to improving the diffuser on the SF1000.

“As Charles said, we have a few more upgrades in Nurburgring, but again not major,” Binotto said.

“Still for us, I think [they are] important considering the level of competitiveness.

“Then we’ll focus mainly on the diffuser for the remaining part of the season, but by when, it’s not yet defined.”

Binotto did not feel Leclerc’s result in Russia could be put down to the updates, instead feeling the layout of the Sochi Autodrom had better-suited the car.

"I don’t think it’s down to the upgrades,” Binotto said. “Certainly they helped, but that’s not the reason. As Charles said, I think we’ve got a better balance here, and with [the] track characteristics.

“Let’s hope that we found some competitiveness again that gives the opportunity to the drivers to at least compete for a better position in the future.”

Ferrari has slumped to sixth place in the constructors’ championship this year after a difficult start to the season that has seen its form dip dramatically from last year.

Leclerc’s teammate, Sebastian Vettel, is yet to finish a race any higher than sixth so far this year, and endured a difficult weekend in Russia that saw him crash in qualifying before crossing the line 13th.

While Vettel said it was hard to judge how the updates had fared for him given his struggles in Russia, he took confidence from his running in practice.

“On Friday, I think the parts were doing what we expected,” Vettel said. “It’s a very small step, not a huge one in performance, but we knew that going in.

“For sure it doesn’t hurt, and hopefully we can confirm in the next races that the pace is a bit better due to that.”