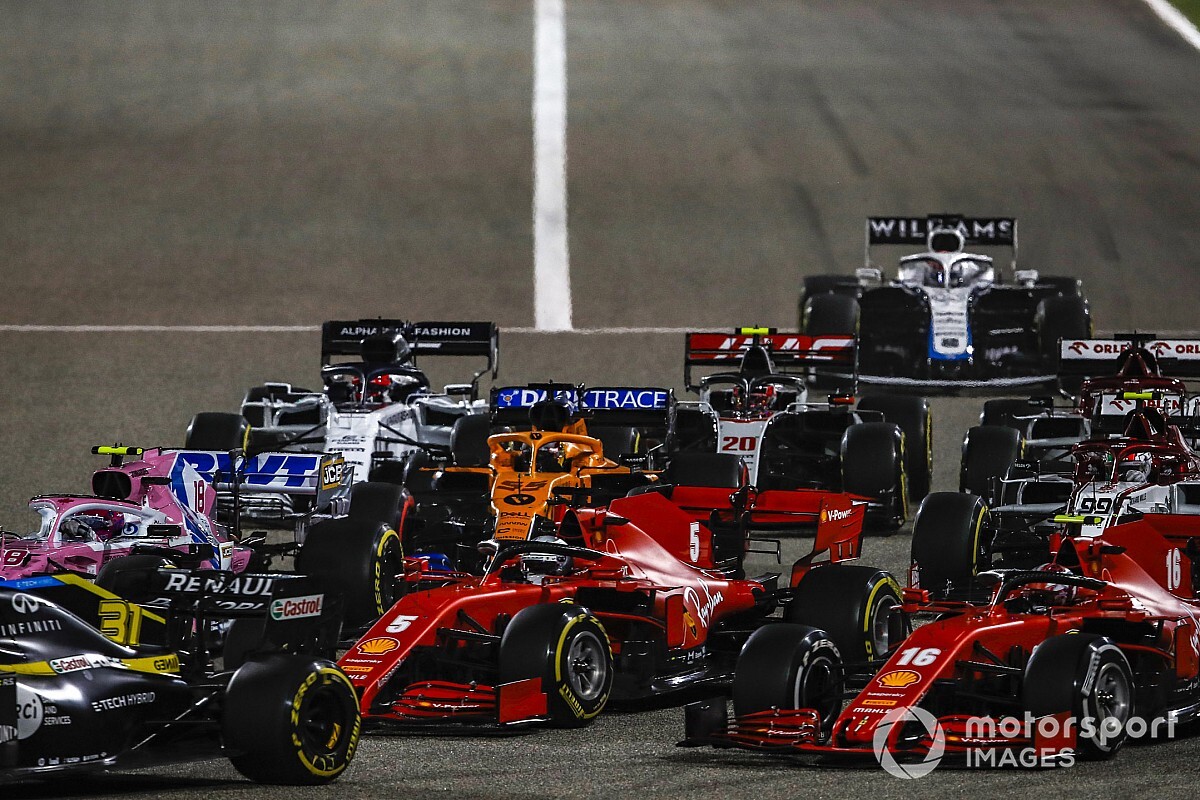 Sebastian Vettel and Charles Leclerc spoke after the Bahrain Grand Prix to clear the air following a complaint from Vettel about his Formula 1 teammate’s move at Turn 1.

Vettel vented his frustration over team radio over Leclerc’s move at the first corner following the second standing start in Bahrain on Sunday, feeling he was not left enough room.

Following a pass up the inside by Leclerc, Vettel said on team radio: “Not again! He can't just do that, as if I wasn't there.

“It's the same as Austria, seriously. This time, I should have crashed, maybe [that] was the better option.”

A move by Leclerc on the opening lap of the Styrian Grand Prix resulted in contact between the two Ferrari drivers, forcing both to retire from the race.

Leclerc went on to score a point for 10th place in Bahrain, while Vettel finished 13th after reporting that his car felt undriveable at times.

Leclerc and Vettel confirmed after the race in Bahrain that they had spoken about the incident, with Leclerc feeling it was a different situation to Austria.

“We spoke about it,” said Leclerc. “On my side, the only thing I can say is that surely it was extremely tight, but on the other hand, not like in Styria, where I didn’t put myself in a visible place.

“This time I tried to go further for him to see me. There was very little gap, but I went for it, and I made sure that he saw me.

“You can argue there was probably not enough gap between our cars being in the same team, but yeah, that’s it.”

Vettel said that Ferrari “don’t need to make a big deal out of it”, feeling he and Leclerc can move on quickly.

“Obviously it was tight,” Vettel said. “Arguably if you have three cars in the first corner, then at times, it works, and most of the time it doesn't work.

After enjoying its best two-car result of the season in Turkey two weeks earlier by finishing third and fourth, Ferrari slumped to the rear of the midfield in Bahrain as it struggled to compete for points.

Ferrari sporting director Laurent Mekies felt its downturn in form was not a result of its engine power deficit, instead citing the warmer conditions compared to recent races as a possible factor.

“I don’t think it’s all down to engine power at all,” Mekies said. “It’s true that compared to the last three or four races, we have lost some edge in the midfield, and if you lose a bit of edge, it’s enough to switch from extremes.

“It’s been painful from that perspective. If you consider the whole environment, we are certainly very different to what we have been facing in the last three or four races in Europe with colder, wet weather.

“Hopefully there is a way to unlock a bit more compared to what we’ve done this weekend, that’s what we’ll be trying again next week.”

Bottas unsure whether to laugh or cry over bad F1 luck