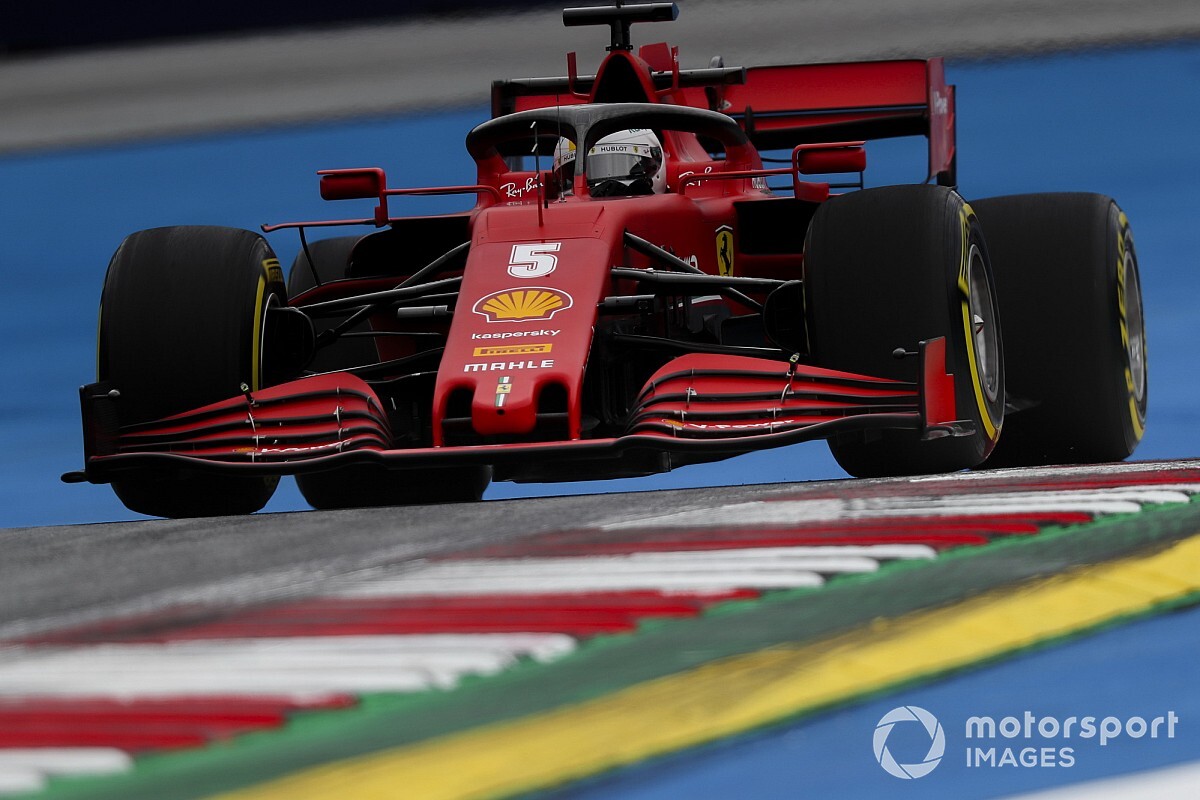 Ferrari says a correlation problem between design figures and how its SF1000 performed on track left its Formula 1 car aerodynamically 'fragile' in its current spec.

With the team working on a major revision that will start to roll out for the Hungarian Grand Prix, team principal Mattia Binotto spoke on Friday about what had gone wrong with its work over the winter.

Having made a decision to push hard to ramp up the downforce, Binotto said that it meant that the car wasn’t as robust in aero performance as was needed to take the fight to Mercedes and Red Bull.

“In winter testing the car was not performing as expected,” he said, when asked by Motorsport.com to explain its findings from the early running.

“The car on track was not performing as we saw in the design that we did at home, so there was a miscorrelation from design to track.

“Obviously we had to understand it first. We started trying really to understand it as soon as we were back home at the factory, and during the shutdown period that was not possible. I think we realised that, from the aero point of view mainly, there were some miscorrelations.

“Eventually I think we [realised we] pushed a lot our project, on trying to seek a lot of downforce to lift up what was our situation last year in terms of weaknesses. I think that eventually whatever we developed was too fragile in terms of aero robustness when being on track.”

Binotto suggested that there would be a programme of updates aimed at turning around the performance of the car, with only the first step being brought in for the Hungaroring race later this month.

“What we are trying to do now is simply to step back, try to understand, reassess the problem and move forward later on.

“Our hope is to bring some developments already in Hungary, nothing before. And hopefully by Hungary, we will not address all our issues, but we will have a definite step forward in our performance. I think by then, we can understand where we are compared to our main competitors.”