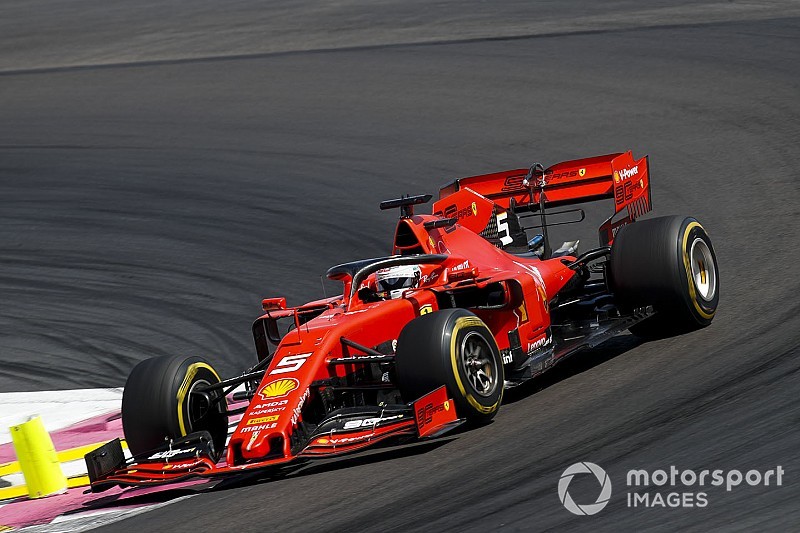 Ferrari’s will sacrifice some of its straightline speed advantage in the pursuit of more downforce as it evolves its Formula 1 car’s aerodynamic philosophy.

As expected, Ferrari struggled during last weekend’s French Grand Prix and was no match for chief rival Mercedes, which maintained its 100% winning start to the season.

Ferrari brought several upgrades to Paul Ricard and persevered with an updated front wing, rear wing and brake ducts through qualifying and the race, but removed its new floor after Friday practice. The team had not expected the new parts to transform its performance, and instead hoped it would be key to setting the direction for its car’s development over the coming weeks and months.

Asked by Motorsport.com which direction Ferrari was heading development-wise, team principal Mattia Binotto said: “I think we are looking for, eventually, more downforce to the detriment of the speed.

“Even if the car will not be too efficient, [it will] give more downforce to get the tyres working.

“That will be the direction to go. [In qualifying at Paul Ricard] we’ve seen how difficult to get the tyres working. That is something we are focused on.”

Ferrari has enjoyed a notable top-speed advantage over Mercedes this season, which its rival has put down to a superior engine as well as car philosophy.

However, Ferrari’s lack of peak aerodynamic performance has translated into too big a deficit to Mercedes through the corners.

Its drivers Charles Leclerc and Sebastian Vettel finished third and fifth in France, which Binotto said was not a positive race but “not too bad as well considering initial expectations”.

“We cannot be happy,” he admitted. “We can only be happy with the times we will be faster than all the competitors. But we know we were expecting a difficult race weekend here in Paul Ricard.

“We were not expecting to close the gap at all here. We brought some upgrades, some worked well, others not.

“It’s always a shame when something’s not working. We’ve got some homework to do in that respect, but that shows we have some margin to improve the car. So at least the direction we are starting to set is the right one.”