Ferrari says that it has been checked for its fuel levels at least 10 times this season, in the wake of the discrepancy found in Charles Leclerc’s car at the Abu Dhabi Grand Prix.

The Italian outfit was fined 50,000 Euro by the FIA after the fuel amount it declared for Leclerc ahead of the race was 4.88kg different to the amount that the governing body found was in the car.

While the breach of rules prompted intrigue that it was linked to a recent clampdown on engine tricks by the FIA, Ferrari made it clear that Abu Dhabi was not the first time the team had been scrutinised over its fuel levels.

Binotto said that the procedure for checking fuel weight was well known, and quite easy for teams to understand.

“You declare a certain quantity of fuel at the start of the race that you're filling in the car,” he explained.

“The FIA may sometimes try to check what has been declared by simply weighing the car, emptying the car, weighing it again, do the difference and try to verify if you got [a difference].” 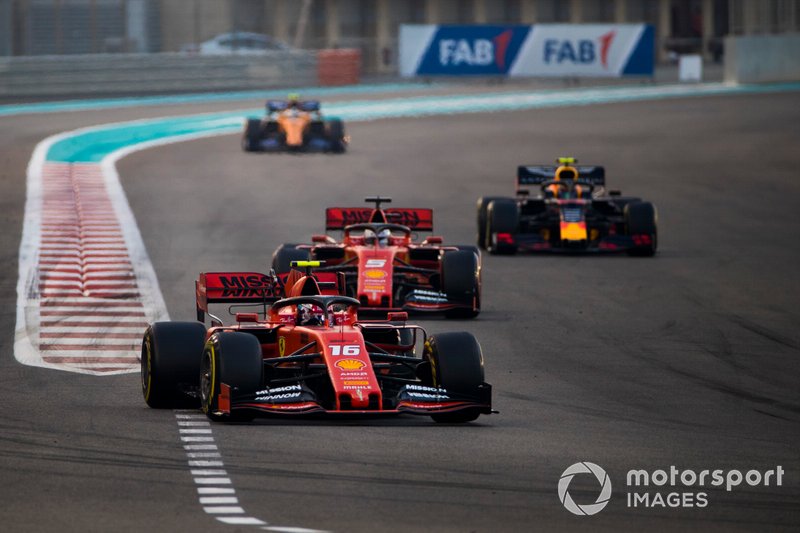 The controversy over the declaration discrepancy came ahead of a race where both Leclerc and Sebastian Vettel were told to use fuel saving engine modes.

But rather than this being linked to the FIA matter, Binotto claimed that the decision to not push the engine hard was made because of reliability concerns.

Asked by Motorsport.com why the team had spent much of the race in engine mode 4, Binotto said: “We had an engine failure in Austin with Charles, and we know that in terms of mileage we could have been at risk.

“I think we had to manage to save the tyres, at least on the hard, to potentially be on a one stop race which has not been the case. So overall we believe that was right to simply manage engines, tyres and managing the race.”