Alfa Romeo Formula 1 driver and Ferrari protege Antonio Giovinazzi says Maranello has set clear targets for him as he embarks on his third full season. 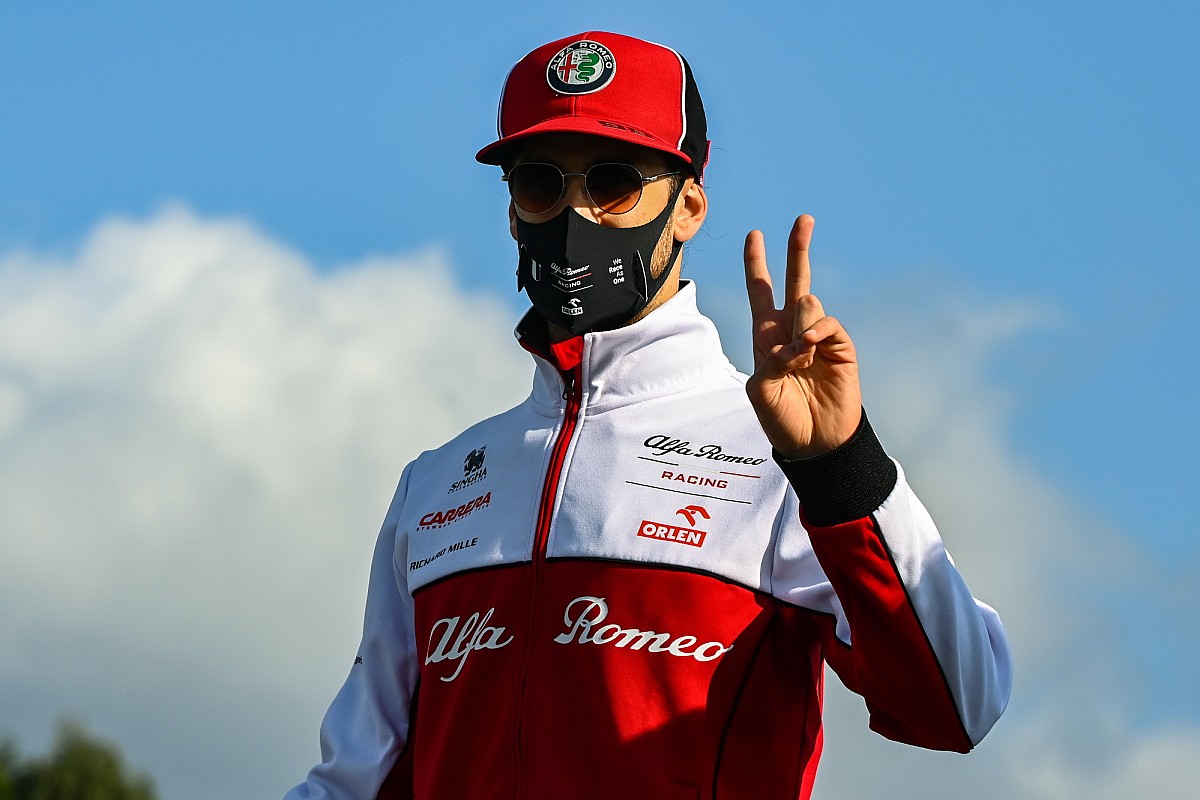 Following a difficult rookie year alongside Kimi Raikkonen in 2019, Giovinazzi's form improved in his sophomore campaign.

He ran his vastly more experienced teammate Raikkonen much closer as the pair finished 2020 with four points each, while Giovinazzi narrowly outqualified the 2007 world champion by nine to eight.

Giovinazzi did enough to convince Ferrari, which gets to pick one of Alfa Romeo's seats, to grant him a third season at the Swiss customer team. Ferrari opted to place Formula 2 champion Mick Schumacher at Haas instead.

Giovinazzi says Ferrari has also set "clear" targets for him in his third campaign.

"For Ferrari it's quite clear - they want that I continue to progress [as] a driver and to get the results," Giovinazzi told Motorsport.com.

"This is quite clear also from my side, so it's my target for next season.

"And from the other side I want to just again work really well with the team like we worked in together in these last two seasons, and for me I feel like family already [here] because it will be my third season.

"It's nice to work again together, and with Kimi as well. Like this it would be just more easy to progress [as] a driver as well."

Both Raikkonen and Giovinazzi struggled to get many points on the board in 2020 with an uncompetitive car, not helped by Ferrari's lack of engine performance.

Giovinazzi acknowledged that his own personal progress will inevitably be linked to his machinery but praised his team for how it stayed motivated despite the lack of results.

"Hopefully we have a better car and [it] be more easy to be in the points", the 27-year-old Italian added. "Hopefully we can have a big improvement in terms of performance. And then also in terms of results.

"I think for the team, when you are there in the back, it's not easy. I always try to push my guys, the team, to do always well.

"I think in the end we did quite well - I always see the guys quite motivated.

"Of course when you score points, it's always in the next race you feel that the motivation is much higher, but I cannot complain with my guys, with my team, because they always push quite hard and it's nice to see in this difficult season."

Alfa Romeo wants "improving" Giovinazzi to be a team leader