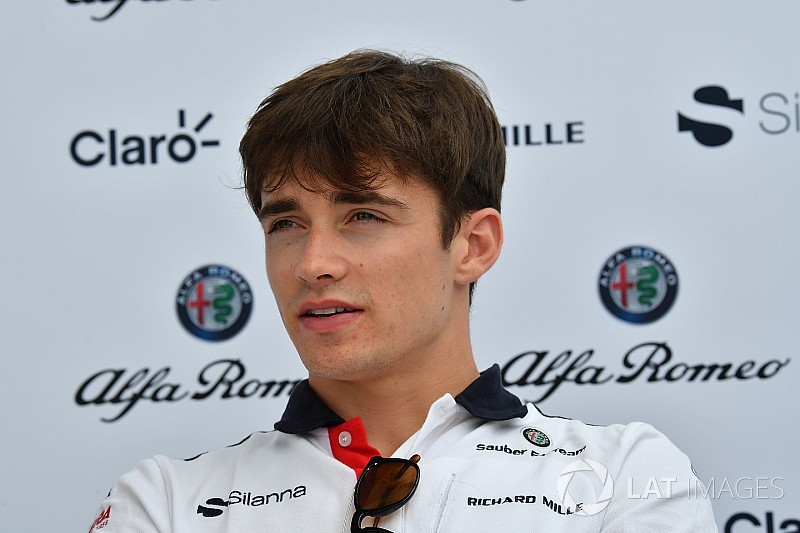 Ferrari is ready to replace Kimi Raikkonen with rising star Charles Leclerc in its Formula 1 driver line-up for 2019, Motorsport.com has learned.

Raikkonen, who turns 39 in October, earned a one-year contract extension with the Italian team last year.

However, Ferrari president Sergio Marchionne said in December that the 2007 world champion needed more consistency and that "probably this [2018] is the last season to find the right key".

Raikkonen enjoyed a strong start to 2018, scoring three podiums in the first four races and performing much closer to Sebastian Vettel's level than in previous seasons.

However, he has finished off the podium in the previous two races in Monaco and Canada, while Vettel scored a second and a victory to take the championship lead.

Motorsport.com understands that Ferrari considered replacing Raikkonen with current Red Bull driver Daniel Ricciardo, who is out-of-contract at the end of 2018.

However, it decided that the cost of hiring the Australian would be too high when combined with Vettel's existing salary.

That left it with a choice between Raikkonen, who is still Ferrari's most recent world champion but is yet to win a race since rejoining the team in 2014, and Leclerc, who is contesting his rookie F1 season with Sauber.

His dip in form this season has coincided with Leclerc's maiden campaign sparking into life, with the 20-year-old scoring points in three of the last four races and comfortably establishing an advantage over his experienced Sauber teammate Marcus Ericsson.

A final decision has not been made but Ferrari is understood to be leaning towards promoting Leclerc to a race seat.

This would shift it away from its policy of signing established drivers and mean the team swaps a driver with 277 grands prix starts to date – 137 for Ferrari, the third-most of any driver and two fewer than Felipe Massa – for one who is preparing for only his eighth GP weekend in France.

Asked by Motorsport.com on Thursday in France, ahead of this week's race, about his position on extending his F1 career, Raikkonen said he was "not any different to one week, two weeks, a month ago".

Leclerc is a product of the Ferrari Driver Academy and won back-to-back titles in GP3 and Formula 2 under the guidance of the scheme.

He would be its first graduate to make it to a Ferrari race seat.

Leclerc said at the previous in Canada that when people talk about him as a future Ferrari driver "it only makes me smile, but on the other hand it doesn't feel realistic for now".

He added: "When it will be time to think about next year I will think about it, and hopefully we have an opportunity to take that seat."