Ferrari is experimenting with a Red Bull style of diffuser in practice for the Abu Dhabi Grand Prix, as it continues to evaluate design options for its 2018 car.

The Maranello-based team’s SF70H has run throughout this season with a style of diffuser that swoops down at the sides to try to better airflow around the rear of the car and the tyres. 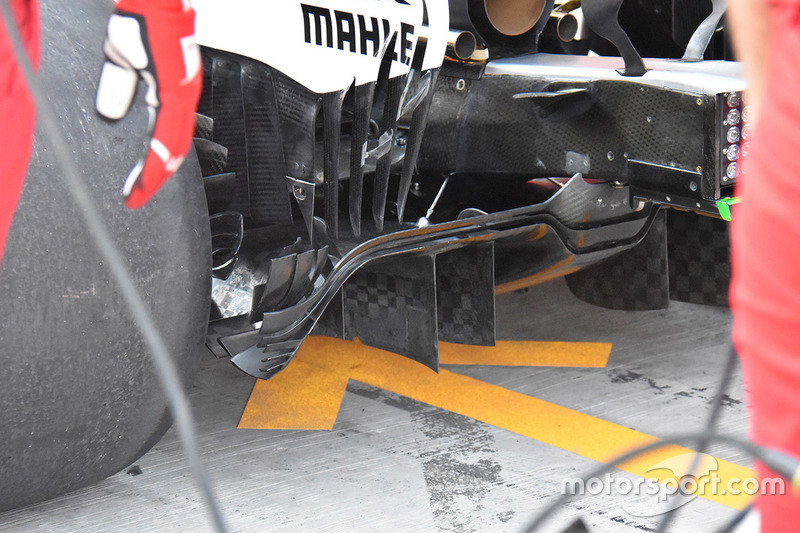 In Abu Dhabi, however, Kimi Raikkonen’s car has been spotted with a Red Bull-inspired concept of diffuser that is horizontal across its entire length. 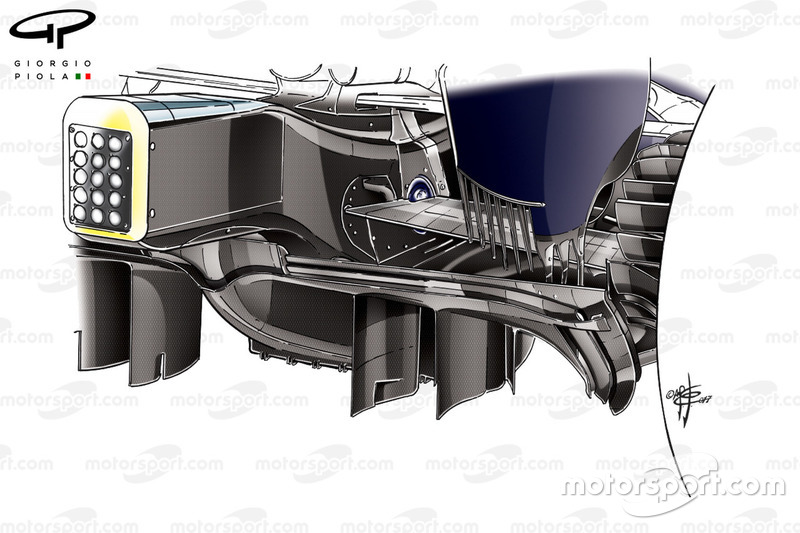 The benefit of a design like this is that it allows more air to flow under the diffuser – which in theory will help with downforce levels.

However, it does provide complications in better managing tyre squirt at the rear, which could explain why Raikkonen’s floor in front of the rear wheel features one less gill than Sebastian Vettel’s version.

Raikkonen’s car was spotted with large aero rakes in practice, as the team bids to understand the effect of the changes.