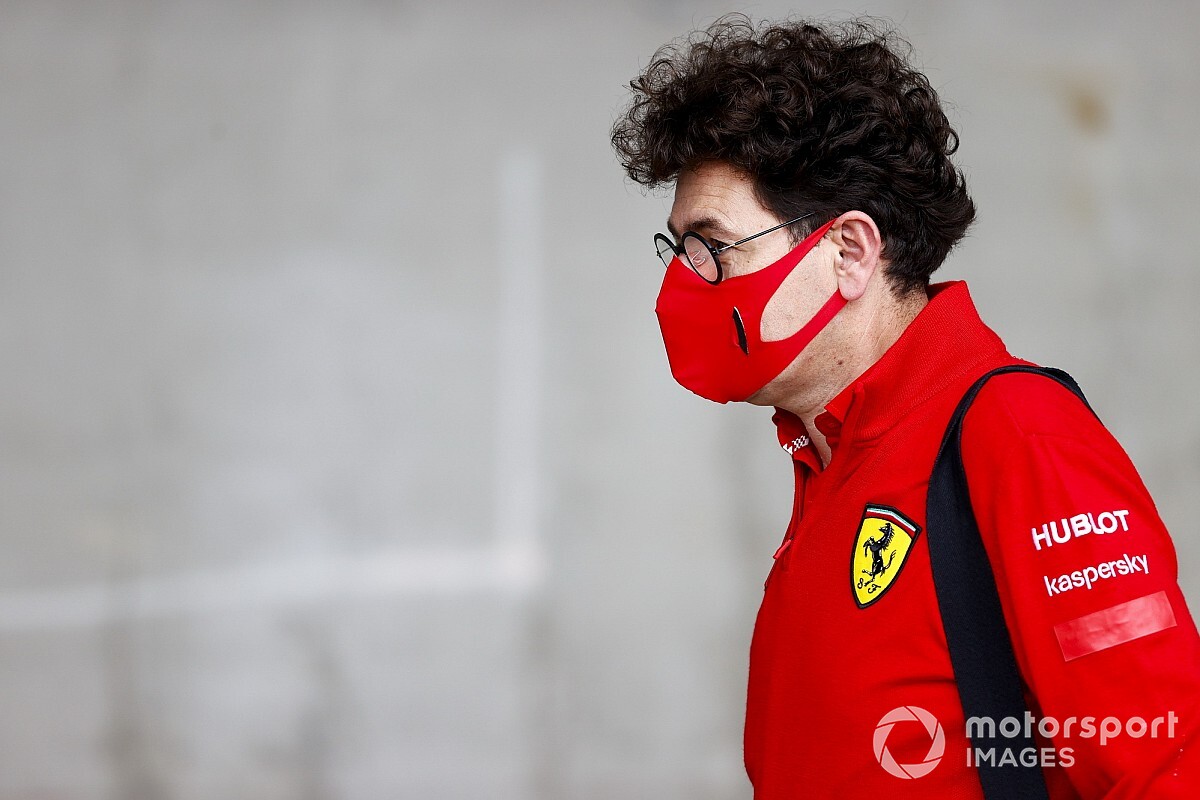 Ferrari team principal Mattia Binotto says the recent restructuring at Maranello has allowed him to step back from his involvement in the technical department.

Since moving up from his technical director role to become team boss last year, Binotto has had to juggle responsibilities across the entire Maranello organisation – which has left him stretched at times.

But on the back of a difficult start to 2020, Ferrari last week announced a new structure that included the creation of a new performance development division.

The changes will now allow Binotto to move away from being directly hands on with technical aspects, so he can better focus on other aspects that will help Ferrari.

“It took some time organise ourselves, to make sure the technical department was reorganised,” he said about the recent changes inside Ferrari. “It’s not something you do in one day.

“I am able, now that we've got people in the right role, having responsibilities and able to do the right job, to not do any more of the technical director job. There are other people doing it.

“They've got clear objectives. I think they are certainly as well enthusiastic and focusing on the objectives they need to achieve.

“On my side there are a lot of things I need to do. Certainly keeping an eye and keeping them in the right position to deliver.”

Last week, Ferrari chairman John Elkann declared his full support for the job that Binotto was doing, as he made clear he was not expecting the team to get back to winning ways before 2022.

Asked about that backing, allied to the challenges of his job, Binotto told Channel 4: “It's certainly difficult, but it is as well an honour, we should not forget that.

“I think if you look back, we have had competitive seasons. We are not competitive at all today, but I'm pretty sure we can reverse it in the future.

“It’s important having the support of the board members, of our chairman, our CEO. I think we are sharing the same vision, the same objectives. We know that we need some patience. There are no silver bullets so we are just trying to reinforce the team.”

Asked how hard it was to relinquish the technical aspects of the team, Binotto said: “I think at the end it's managing an entire company. The Scuderia, it's big, so you're plenty busy in all the tasks. There is no time to do everything anyhow.”