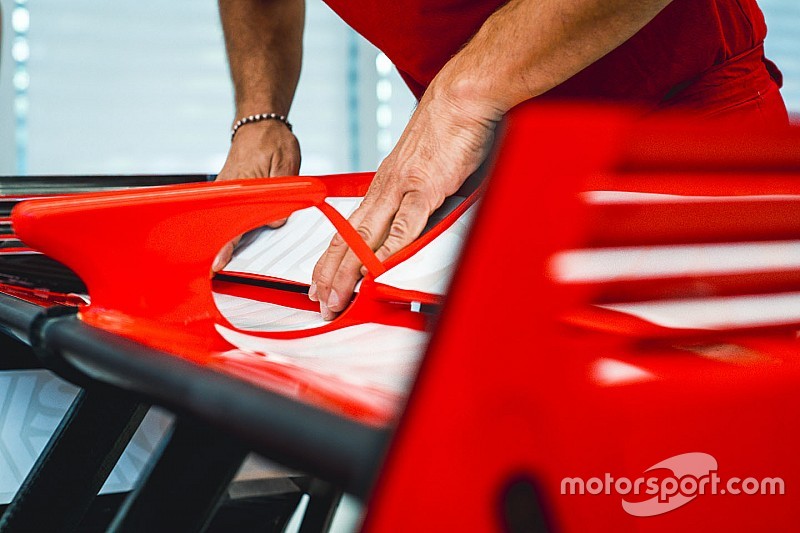 Ferrari is to run in a new livery from this weekend’s Japanese Grand Prix, Motorsport.com can reveal.

The changes mark the start of a new initiative from title sponsor Philip Morris International, which has kept a relatively low presence on the car despite its long association with the Maranello-based team.

The scale of the rebranding of Ferrari's SF71H is not clear, but teaser images and a video leaked ahead of the official revealing at Suzuka on Thursday hint at new stickers in prime spots – such as the engine cover, bargeboards and rear wing.

It is understood that the new livery will not be promoting any of Philip Morris's many brands or products though.

Instead, the change of colours marks a fresh push by the company to transform its business activities – especially in the fields of science, technology and innovation.

Earlier this year Philip Morris extended its title sponsorship with Ferrari until 2021, which it declared would be a key platform for its efforts to develop smoke-free technologies that moved away from its tobacco origins.

How Mercedes has turned the tables on Ferrari

How Grosjean made Haas give him another lifeline