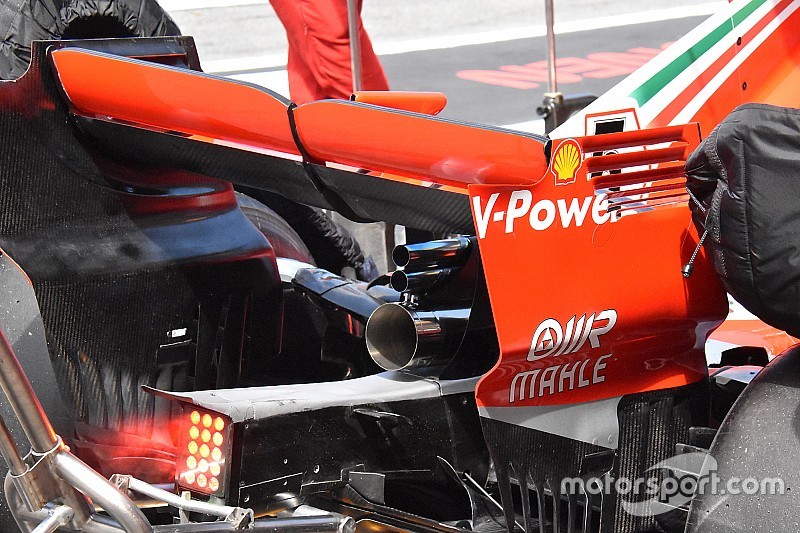 Last year, Ferrari raised eyebrows when it trialled a new concept for its exhaust system at the German Grand Prix.

Rather than having the two turbo wastegate pipes exiting at the side of the main exhaust like other teams it experimented with mounting them both on top.

Sebastian Vettel conducted tests in practice at Hockenheim, with then teammate Kimi Raikkonen sticking to the original version. 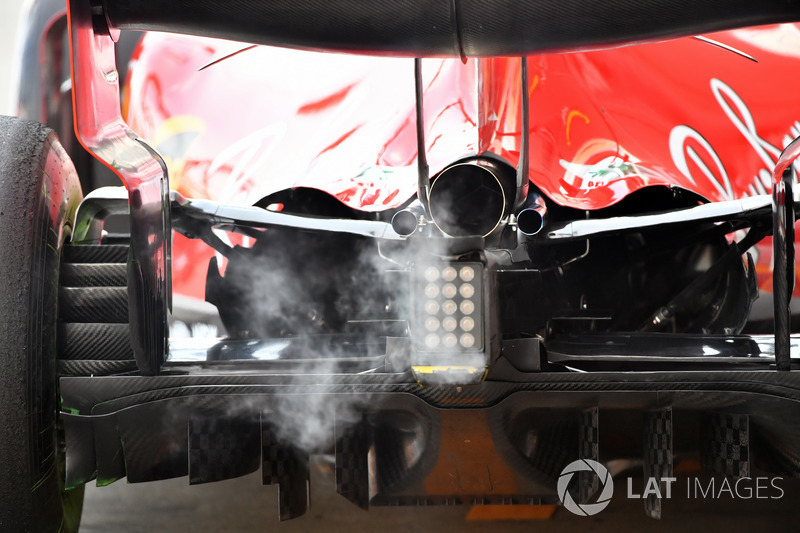 The fact that the exhaust tests came in tandem with a new rear wing design, which featured an upwardly curved leading edge to the main plane, suggested that part of the motivation for the tweak was to make use of exhaust blowing of the rear wing.

However, another aspect could simply be that mounting the exhausts of top of each other opens the door for even tighter packaging of the rear bodywork to help reduce aerodynamic drag.

Ferrari was able to adopt the exhaust arrangement because of a twin-pillar mounting for its rear wing – something that Haas also has.

Images of Haas's 2019 F1 car clearly show the exhausts mounted on top of each other, so it would be a surprise if Ferrari's own challenger does not feature a similar concept when it is unveiled next week. 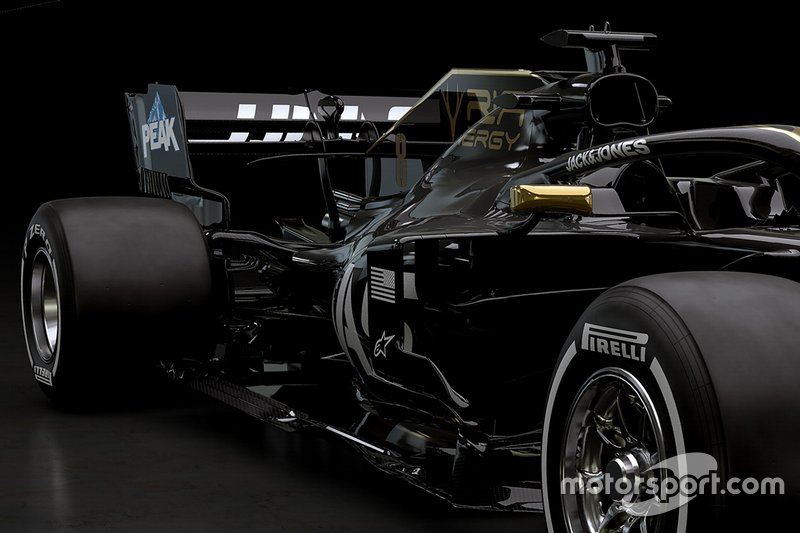 Other teams will have noticed Ferrari's experiments last year and could also copy the idea if they have found performance gains from doing so.

Although the benefits of exhaust blowing are minimal, teams may be more tempted to pursue this idea in 2019 as they bid to recover downforce lost by the new aero regulations aimed to help overtaking.

Last year, Renault was very aggressive in this area as it angled its exhaust in a way to maximise opportunities for blowing gases over its rear wing.