Ferrari team principal Mattia Binotto says Sebastian Vettel and Charles Leclerc are aware their Brazilian Grand Prix clash is "not acceptable", having met with both drivers in the following week. 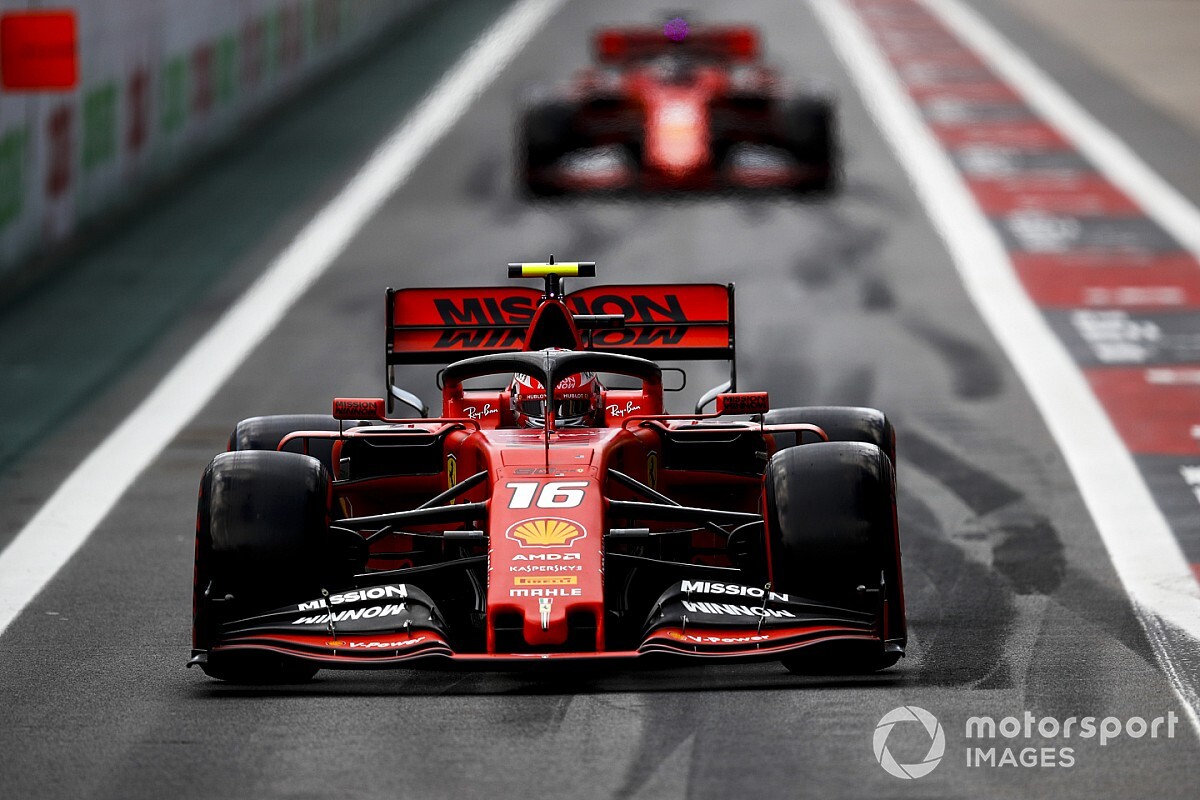 The pair clashed on the Interlagos circuit’s back straight late in the Brazil race, Vettel having moved over on Leclerc as he tried to get back ahead following an aggressive overtake from the Monegasque.

Though the contact was relatively minor, both drivers retired as a result, leading Ferrari to leave the Brazilian Grand Prix empty-handed.

Binotto refused to publicly apportion blame for the crash but called it a “silly action” and vowed to examine it in detail at the team’s factory in Maranello.

Asked in a video Q&A session ahead of the season finale in Abu Dhabi whether clear-the-air talks had taken place, Binotto said: “Yes, we did it – we did it the Sunday after the race, but we did it as well the following days, during the week.

“We discussed together, all three together, individually, and I think that they understand what happened was not acceptable. And we know how to move forward.”

Binotto has reiterated his belief that his drivers have a better relationship than has been speculated in the aftermath of some intra-team controversies in 2019 – namely Leclerc ignoring instructions during qualifying in Monza, Vettel beating his teammate to a Singapore win through strategy and Vettel refusing to honour a pre-race agreement to yield the lead during the Russian Grand Prix.

Despite the major tensions in Sochi, Binotto said he could see the drivers immediately at ease with each other the following race weekend in Suzuka.

“The truth is they have fun together, as they enjoy a good and harmonious relationship, which is maybe quite different to what you might read or think,” he said. “You could think that they are in conflict on the track, but that is not the case.

“For example, I remember that after the controversy in Russia, the three of us were together in a restaurant in Japan, having fun. They even grabbed each other’s phones to see what photos they had on them.

“It’s always fun and it’s nice that they enjoy each other’s company.”

Binotto also referred to his two drivers as “good team players” - and, when answering a question about lessons learned in 2019, he expressed a belief that Ferrari’s team spirit had grown stronger.

“I think team spirit is very important, making sure that we are all boosting and delivering in our best. So, really, team spirit is I think what we improved all this year, and [it] will be of benefit for next year.”

Hamilton lifts the lid on his blueprint for F1 success

Williams confirms Latifi alongside Russell for 2020

Toto Wolff on having no drivers at the end of 2021