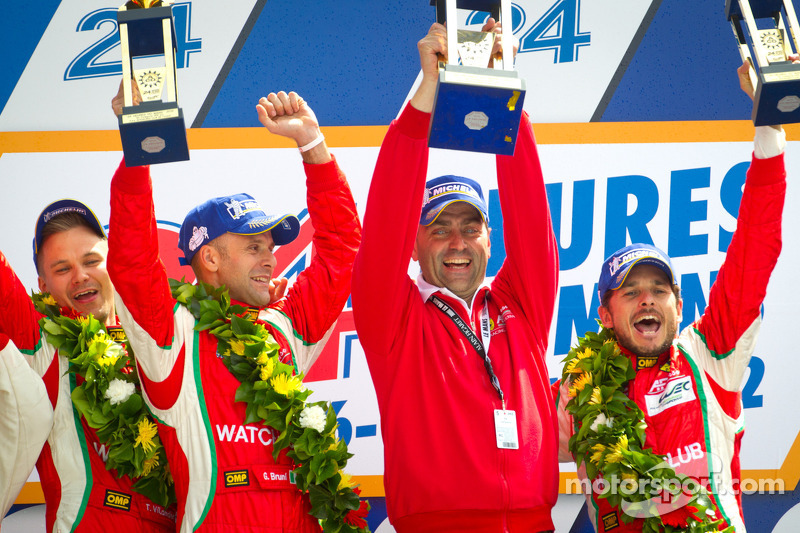 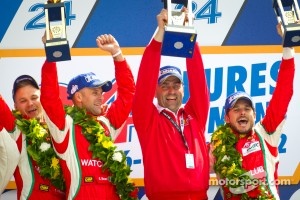 The premier prototype class was dominated by the German marque Audi, but on the top of the podium for the leading GT category - GTE-PRO - was a Ferrari 458 Italia.

The car was fielded by the closely Ferrari-linked AF Corse team, and driven by the Ferrari test driver and former Grand Prix winner Giancarlo Fisichella.

"It is an important victory in an important race which has always been important in the history of Ferrari," Ferrari president Montezemolo said.

Meanwhile, former Super Aguri driver Anthony Davidson is likely to be missing in the Valencia paddock this weekend following his huge airborne crash late on Saturday.

The 33-year-old Briton, also an expert pundit at Grands Prix for British broadcaster Sky, will remain in a French hospital until Wednesday, with two broken vertebrae.

"It's more like three weeks until the pain subsides and I get my mobility back fully," said Toyota prototype driver Davidson.