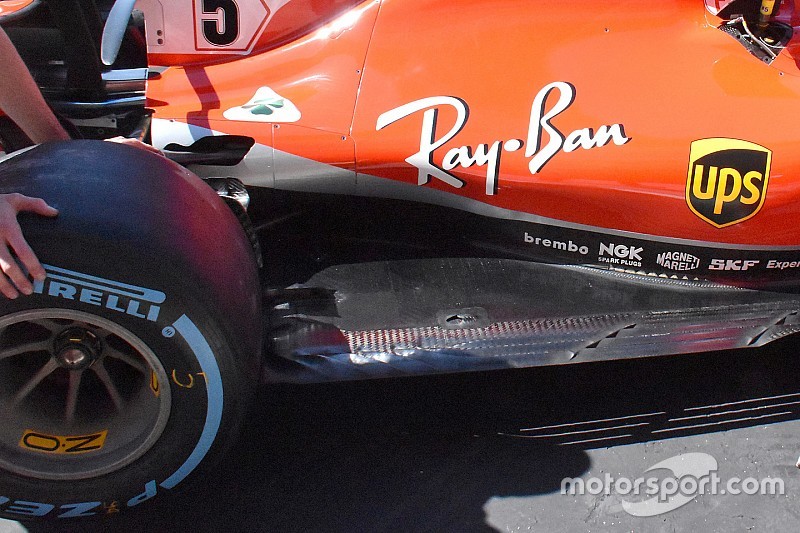 The upgrade package that Ferrari has introduced for the British Grand Prix was revealed on Thursday, with interesting changes to the floor and engine cover of the SF71H.

The changes come just a week after title rival Mercedes introduced a major upgrade in Austria, and show how much both teams are pushing to continually improve their cars.

In the floor area, Ferrari has taken the long slot concept that was already used by the team a step further. The floor now features a third extra slot to try to improve the airflow around this key area of the car.

The design also better blends in the long slots with the curved channels that appear right in front of the rear tyre. 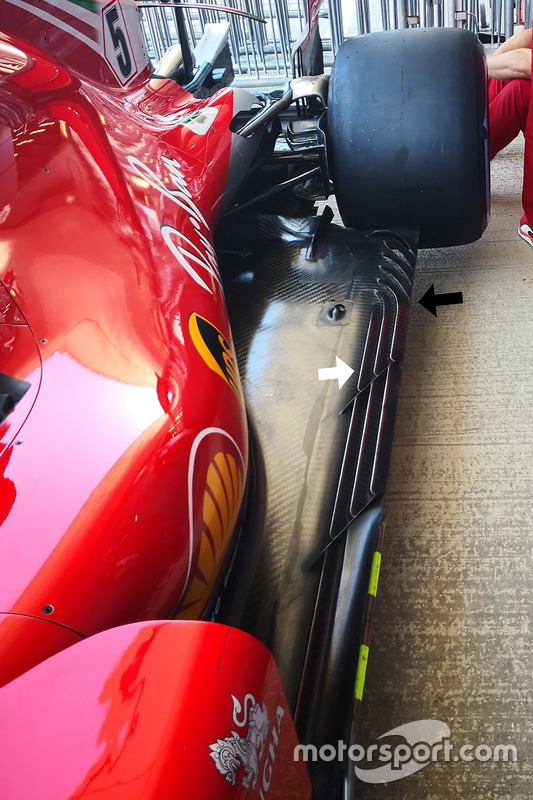 Furthermore, the struts that run across the slots have been beefed up to try to avoid excessive flexing.

As well as the floor changes, Ferrari has introduced a new design of engine cover which is more curved - as it now features a valley on either side in the centre of the cooling outlet. 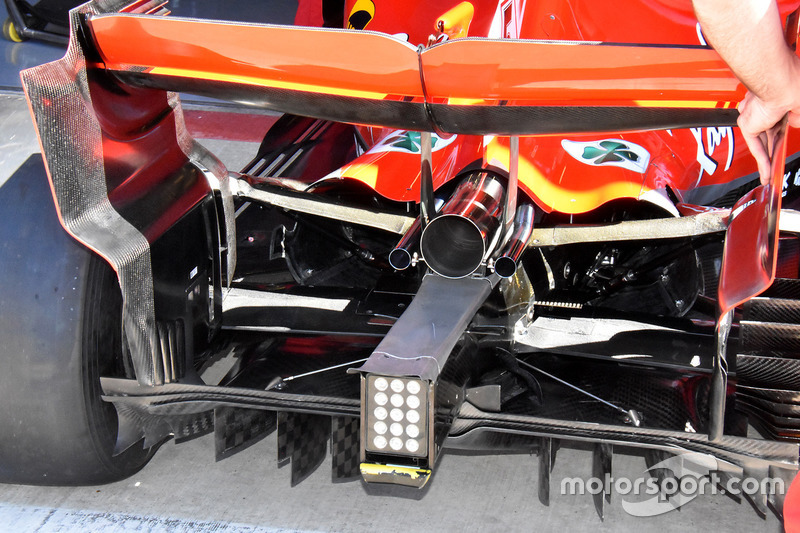 This compares with the old nearly flat shape that the team has used up until now. 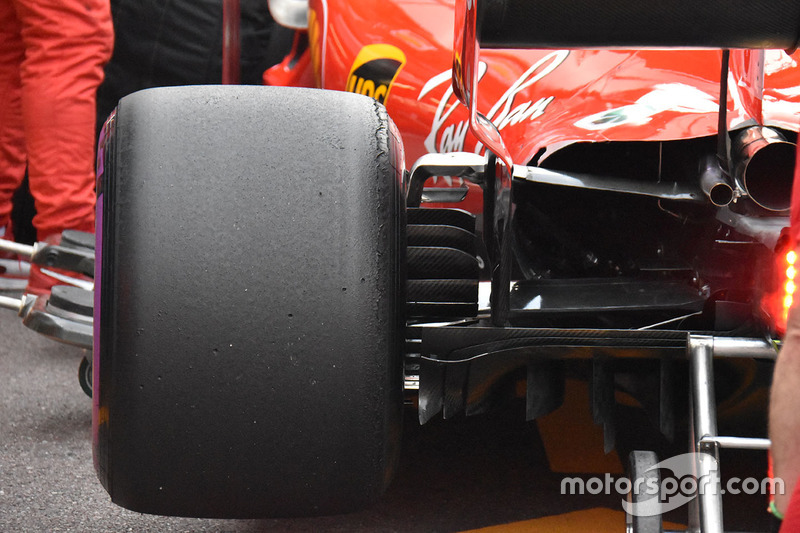 These extra channels alter the way the airflow is pulled through the bodywork and affects the localised stream.

Such a design works perfectly with the spoon-shaped low-drag wing that Ferrari has fitted to Sebastian Vettel's car ahead of practice – although this could be a test for the Belgian GP rather than being something that will be raced this weekend. It is a design that was last raced at the Azerbaijan Grand Prix. 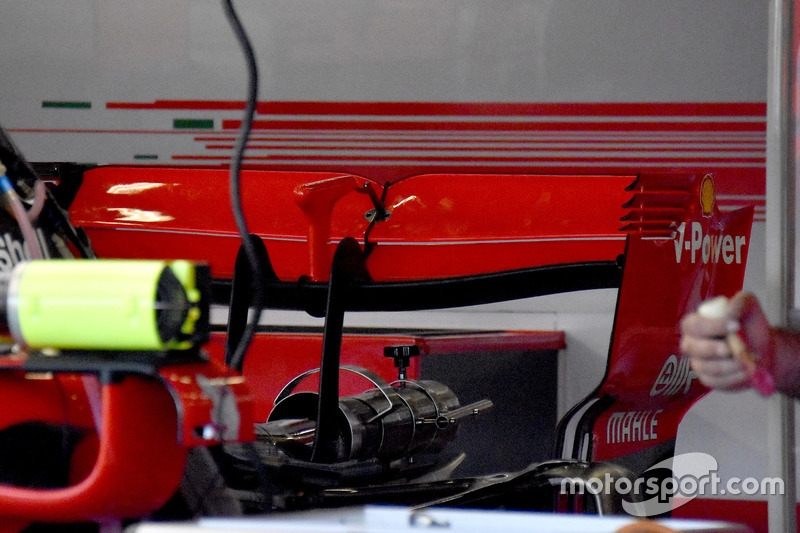 The valley-shaped engine cover copies an idea that has been put to good use by Mercedes recently. 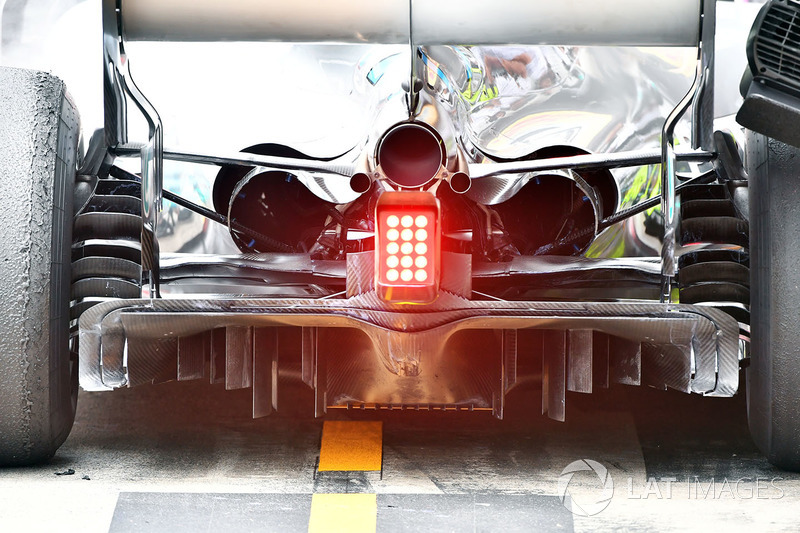