Ferraris fifth and seventh fastest in FP2 at Hungaroring 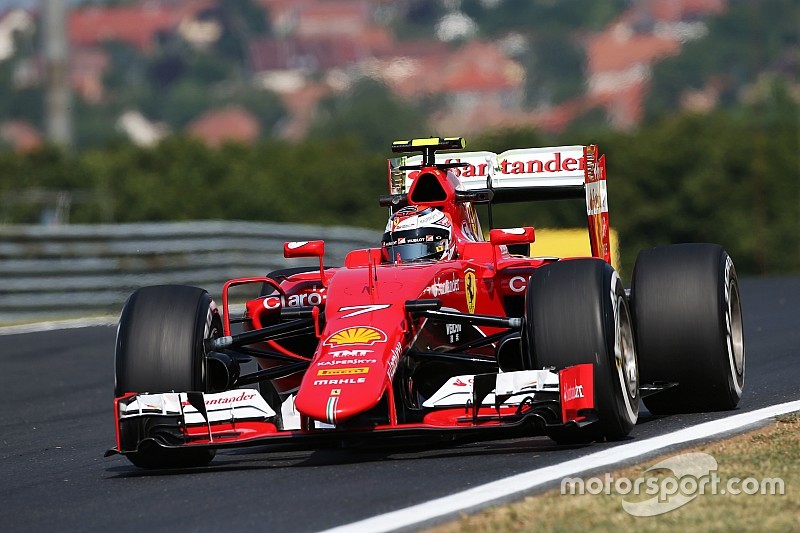 An exploratory Friday for Ferrari.

Hungaroring – Kimi Raikkonen and Sebastian Vettel finished fifth and seventh fastest respectively in their SF15-Ts in the second free practice session for the Hungarian Grand Prix on this first day of track action.
Raikkonen completed 30 laps, the quickest in 1.25.134, while Vettel did 26. Both men worked on set-up and car balance. They ran both Pirelli compounds, Medium and Soft on the scorching hot Hungarian track, with temperatures hitting the 53 degree mark. Having been quickest in the morning, Lewis Hamilton topped the time sheet again for Mercedes in 1.23.949. Behind him came the Red Bulls of Danil Kvyat (1.24.300_ and Daniel Ricciardo (1.24.451.)

Kimi Raikkonen: “It was not a very clean day, in fact it was a slightly different Friday than normal. We had some issues and missed some running, but we were more or less able to follow our program. The feeling with the car was not too bad and the tyres were behaving pretty ok, but the laptimes are still not right. I don’t know exactly what happened with my front wing, it just broke suddenly and came off damaging the tyre. The team is looking into it and hopefully they will find out the reason. Today it was only Friday, we had been trying many different things to see where we are. I think we can improve for tomorrow and find a bit more speed for the rest of the weekend.”

Sebastian Vettel: “Well, all in all we didn’t have the best day. There were two or three things that slowed us down and cost us some time. We were stuck in the garage this morning with a shortage in the electric system, and this afternoon Kimi had a problem with the front wing, so we both couldn’t run as much as we wanted. Now there is a lot to clean up, but for tomorrow we should do well and have a decent qualifying. Concerning Red Bulls performance, it was a bit expected but it is Friday and you don’t know what people are doing with their fuel loads, still you could see already in Silverstone that they did a step forward. We didn’t get into the rhythm today, now we need to sort out things for tomorrow, then we should have a much smoother weekend.”