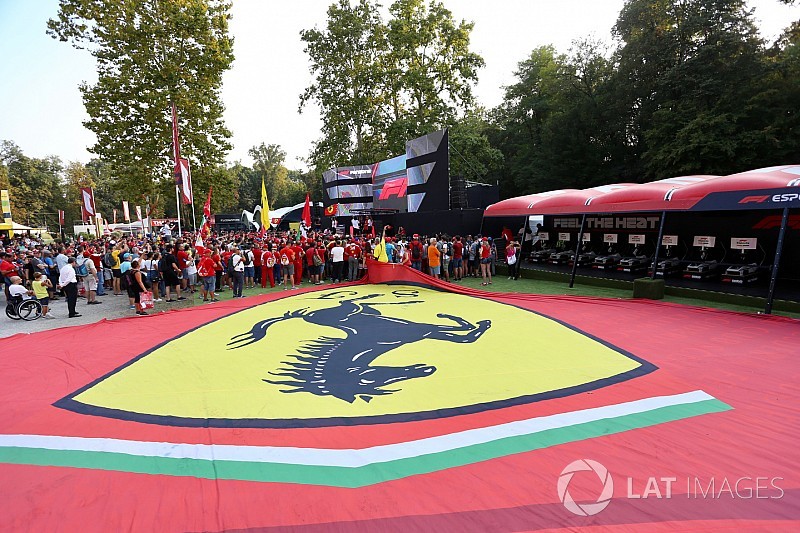 Ferrari has stepped back from open threats to quit Formula 1, with its new CEO Louis Camilleri saying he is confident a deal can be reached to keep the Italian team in the sport beyond 2020.

Camilleri has taken over at Ferrari from Sergio Marchionne, who died last month as the result of complications following surgery.

While Marchionne's aggressive management style resulted in him openly threatening to pull Ferrari out of F1 if he felt future rules were not suitable, Camilleri has adopted a more conciliatory approach.

Holding his first press conference since taking over at Ferrari, Camilleri said on Friday at Monza that he believed a way forward could be found – as he made clear he would not try to use the media to help talks progress

"In terms of the basic principles, where the DNA of Formula 1 will remain, if it will be at the pinnacle of automotive technology and innovation, but races will be competitive and exciting, for the fans, then Formula 1 will continue to be viable," he said when asked by Motorsport.com about

"Within those principles, I think everybody agrees. How you get there is something else.

"There are obviously three components to it, the way I see it anyway. There's the technical regulations, there's the financial aspects and there's the governance aspects. At one point, the three have to get together.

"I'm confident - it's in everybody's interest to find an agreement that's viable for everyone. Beyond that, honestly, I'm not prepared to say much because I have never, and will never negotiate through the media. I hope you understand that."

Camilleri has openly admitted to having a different approach to his job than Marchionne, but says that the two of them still shared the same desire to make Ferrari successful.

"Sergio and I clearly have very different styles, however I think we have the same ambition and we had a mutual respect," he said.

"We clearly discussed the Ferrari business as well as the Philip Morris business many, many times. So, I miss him. And he clearly was an amazing individual. A huge brain, boundless energy, and very ambitious, as am I."

Camilleri suggested he was happy to leave Ferrari working as it currently was in its bid to win the world championship, rather than force through change for the sake of it.

"Obviously the team has considerable momentum," he said. "I'm happy to follow their lead.

"It's a team, as you mentioned, a great team. I don't expect big changes. I have the ambition, like everybody else in the team, to win and continue winning."

Asked about how much time he would devote to the F1 team: "When you are CEO you don't give percentages as to what time you spend on what. You spend the necessary time on everything, and that is what I intend to do.

"It is one of Ferrari's strengths at all levels. Ferrari is a jewel, my job is to make sure it continues to shine on all aspects."