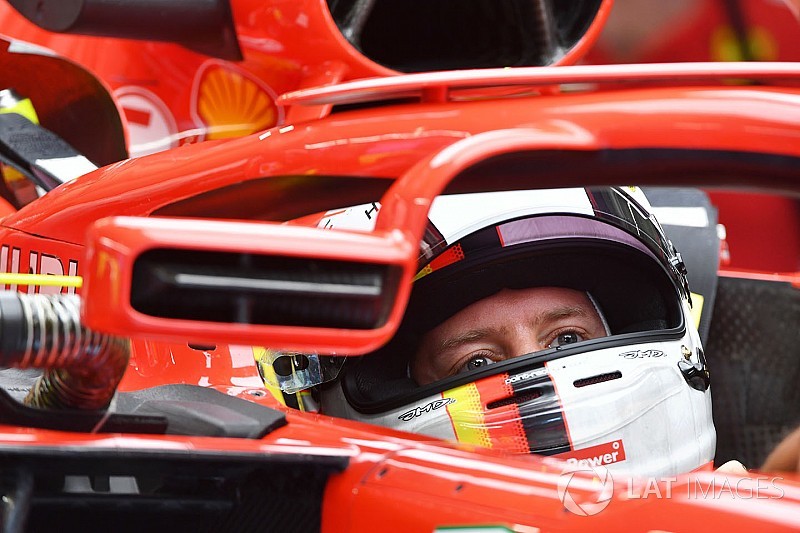 Formula 1 technical chiefs have been called to a special meeting with the FIA at the Hungarian Grand Prix in a bid to agree new mirror rules to help improve driver visibility.

Amid growing concerns that the current generation of car design is limiting what drivers can see behind them, motor racing's governing body has decided to act.

An initial intention by the FIA to push through new rules in time for the Singapore Grand Prix on safety grounds had to be abandoned because it needed World Motor Sport Council approval.

So instead, the FIA has told F1 teams that it wants to meet with technical directors at the Hungaroring in a fortnight's time to discuss what can be done for 2018 and 2019.

Although the FIA has been looking at mirror designs for a while, fresh momentum behind a push to change came at the Austrian Grand Prix when there was a near miss between Carlos Sainz and Sebastian Vettel in qualifying.

F1 technical delegate Jo Bauer was later spotted conducting some visibility tests with Vettel and his Ferrari to check on exactly how much the German could see.

Earlier this week the FIA wrote a technical directive to teams informing them that new rules were being pushed through on safety grounds from the Singapore GP.

F1's head of technical matters for single seaters Nikolas Tombazis suggested that the evolution of current car designs had meant that the upper surface of the sidepod and the lower regions of the rear wing were blocking out vision at the rear.

Furthermore, he suggested that the growing trend for high rake cars had made mirrors much less effective in showing drivers what was going on behind them.

Rather than giving teams an area of the car to choose where they place the mirrors, the FIA said it intended to stipulate a specific location for the mirrors.

It wanted the centre point of a car's mirrors to be 640mm above the reference plane and 450mm from the car's centre point. A 5mm tolerance would be allowed.

Previously, mirrors had to just be situated between 200mm and 550mm from the car centre line and there was no limit on height.

However, with the change in rules requiring approval by the WMSC, and amid some question marks about potential loopholes in what had been proposed, the FIA withdrew the directive and instead will hold fire on plans until after the Hungary meeting.

At the British Grand Prix last weekend, and unaware the FIA was about to act, Mercedes trialled a new location for its rear view mirrors in a bid to try to see if it could find something better for Lewis Hamilton and Valtteri Bottas.

The new mirror was mounted below the normal one (see red arrow below) to offer a reference point to the drivers to see if it was better for rearward visibility, and was worth evaluating further. 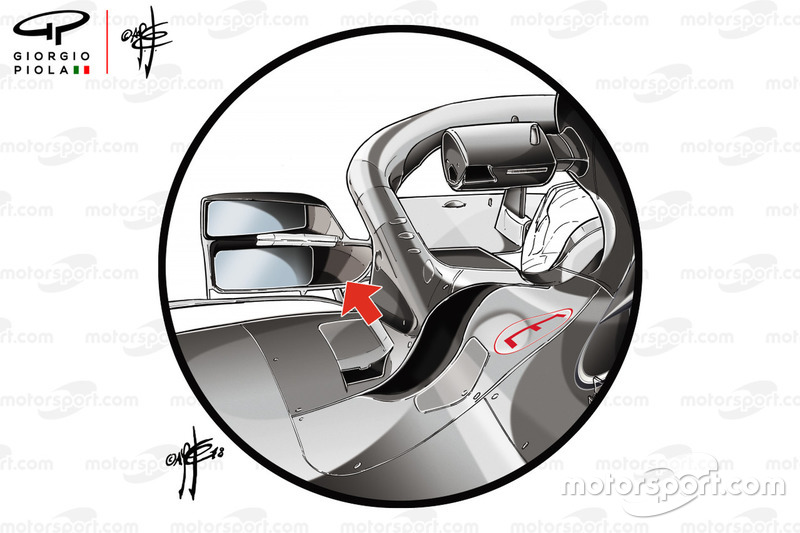 However, the FIA's clarification this week about new mirror positions for the Singapore Grand Prix means that Mercedes' Silverstone test version will have to be scrapped and a new higher mirror prepared.

The new positioning of the mirrors has also opened up the opportunity for the FIA to re-examine the controversy over mirror supports that could potentially bring aerodynamic benefits.

With Ferrari having been told to remove a support on its halo mirrors that appeared at the Spanish Grand Prix, the Italian team was unhappy that Mercedes appeared with a new support to its sidepod mirrors as part of an update at the Austrian GP. 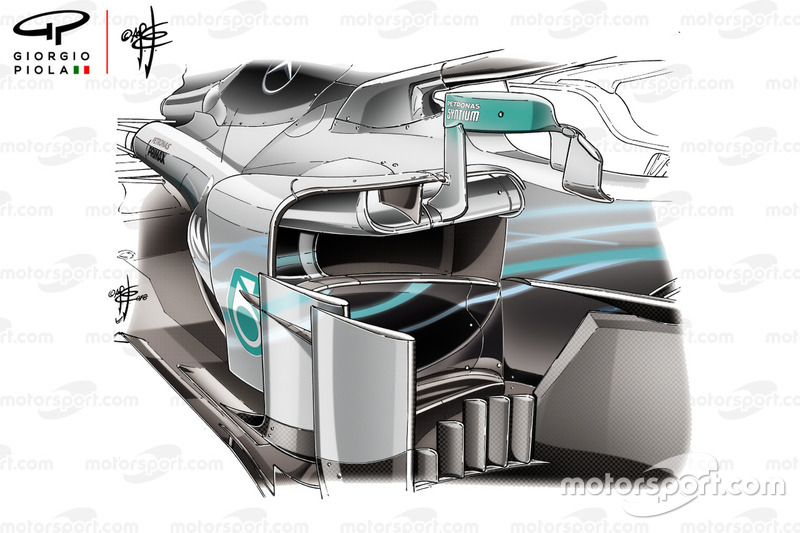 The FIA was adamant, however, that the Mercedes version complied fully to the rules.

With teams needing to revise the location of their mirrors, the FIA has indicated that the design of any future supports should be approved by the governing body to avoid any potential legality problems.

Tombazis added: "For the sake of completeness, I would re-iterate our previously expressed position that the mirror mountings must have a primary purpose of structurally supporting the mirrors, and any aerodynamic benefit should be incidental.

"I would suggest that the new mirror position stipulated above lends itself to a sensible mounting to the side pod, and would encourage teams to send images of their proposed new designs in order to avoid unnecessary discussions."

Why Singapore is one of F1's most important races