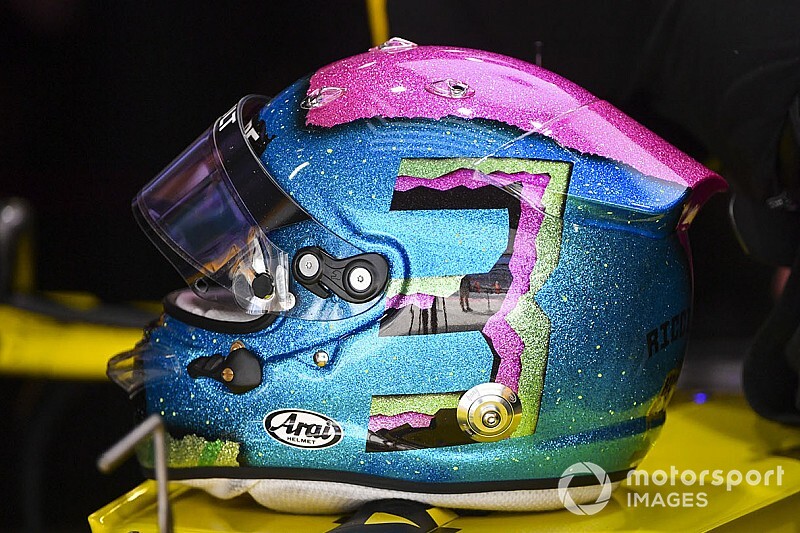 The FIA has dropped the rule that restricted how many times a season a Formula 1 driver could change his helmet livery.

The rule was originally introduced to help the public identify drivers more easily. However it was unpopular with many competitors who liked to change their designs on a regular basis, such as Daniel Ricciardo and Sebastian Vettel.

The rule stated: “In order for drivers to be easily distinguished from one another whilst they are on the track, the crash helmet of each driver must, with the exception of one event of the driver’s choice, be presented in substantially the same livery at every event during a championship season.

“A change to helmet livery will also be permitted if a driver changes team during a championship season.”

The teams agreed to drop the rule, and that decision was officially approved today by the WMSC, who noted that “unrestricted variations to driver helmet designs between races” will henceforth be allowed.

The WMSC also formally confirmed the 2020 minimum car weight increase from 745 to 746kgs, and clarified that the post-season test in Abu Dhabi will be for Pirelli’s 2021 18-inch tyres

A series of changes were also approved for the 2021 technical regulations, which have undergone extra scrutiny since they were published in October.

They include some designed purely to give the teams extra bodywork space for sponsorship logos, as well as stricter impact tests that have been influenced in part by last year’s Spa F2 accident:

-         Drastic improvements to the strength and energy absorption of the chassis in front, lateral and rear impacts.

-         Tethers will be mandated for rear wing and rear impact structures

The WSMC also confirmed that US company Kulite Semiconductor Products has been appointed as the official supplier for power unit pressure and temperature sensors for 2021-’23.

In a change to the new 2021 financial regulations, it allows “monitoring activities to be performed by Cost Cap Administrators at any point in time, remotely or at F1 teams’ premises.”

Ferrari team orders "may still be there" in 2020 - Binotto