The FIA has officially announced its new evacuation plan for Formula 1's Eifel Grand Prix, which is intended to keep track action going in the event of further bad weather. 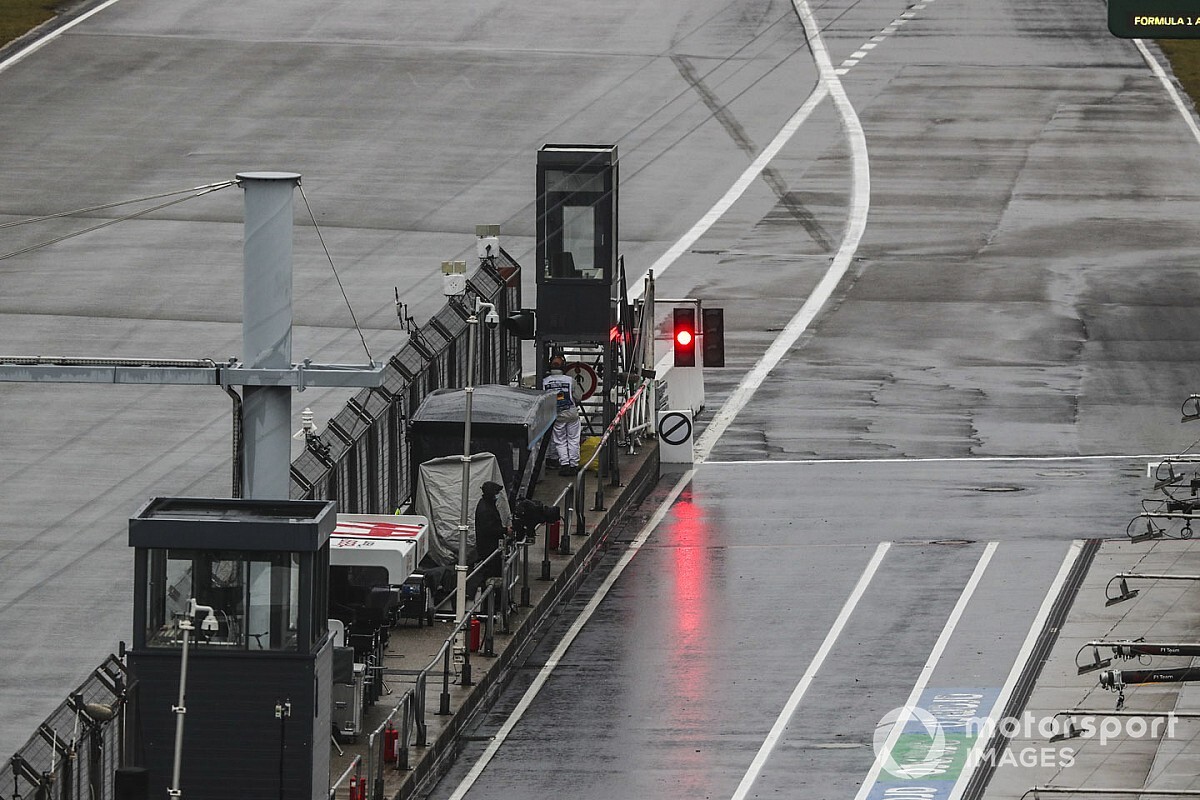 As Motorsport.com reported on Friday after both the 90-minute FP1 and FP2 sessions at the Nurburgring had been cancelled, the new plan involves driving any casualties approximately 3km from the track where a medical helicopter would transfer them to the event's designated receiving hospitals.

It was the medical helicopter being unable to complete its casualty transfer route (which could go to hospitals in Bonn or Koblenz, with a third option in Cologne) due to thick fog surrounding the circuit on Friday that prevented the two practices sessions from going ahead.

An FIA spokesperson said: "In the event of a repeat of yesterday's weather conditions, we have created a landing area about 3km from the circuit allowing a circuit ambulance and a helicopter to meet outside of the stratus zone (essentially at a lower altitude where the thick fog/clouds generally don't form).

"The helicopter would then be able to transfer a patient to the hospital within the required time."

The required time limit for casualty transfer at an F1 race mandated by the FIA is 20 minutes - the maximum flight time for the medical helicopter in such circumstances.

The transfer can be completed by road, if it is possible to do so within the same 20-minute window.

Due to a lack of visibility that caused second practice at the 2017 Chinese GP to be cancelled, it upgraded another hospital closer to the Shanghai circuit by bringing in the neurological equipment that the governing body's protocols require for the designated casualty-receiving hospital at each event.

The conditions at the Nurburgring on Friday would have been ok for the F1 cars to run on wet weather tyres - and the broadcast helicopter was able to fly during the suspended sessions, but only because it did not need to leave the venue as the medical equivalent would have had to do in the event of an emergency.

The rest of the Eifel GP weekend is set to go ahead as originally scheduled, with the teams only having the one-hour FP3 session to prepare for qualifying and the race at a venue where they have not raced since 2013.

The weather at the track is currently sunny, although it remains cold - seven-degrees air temperature and nine-degrees on the track's surface.

The wet weather is expected to return on Sunday and may yet impact Saturday's qualifying session.