Formula 1 race director Michael Masi says that "back-up plans" are being formulated in order to ensure that the cars can run at Eifel Grand Prix on Saturday. 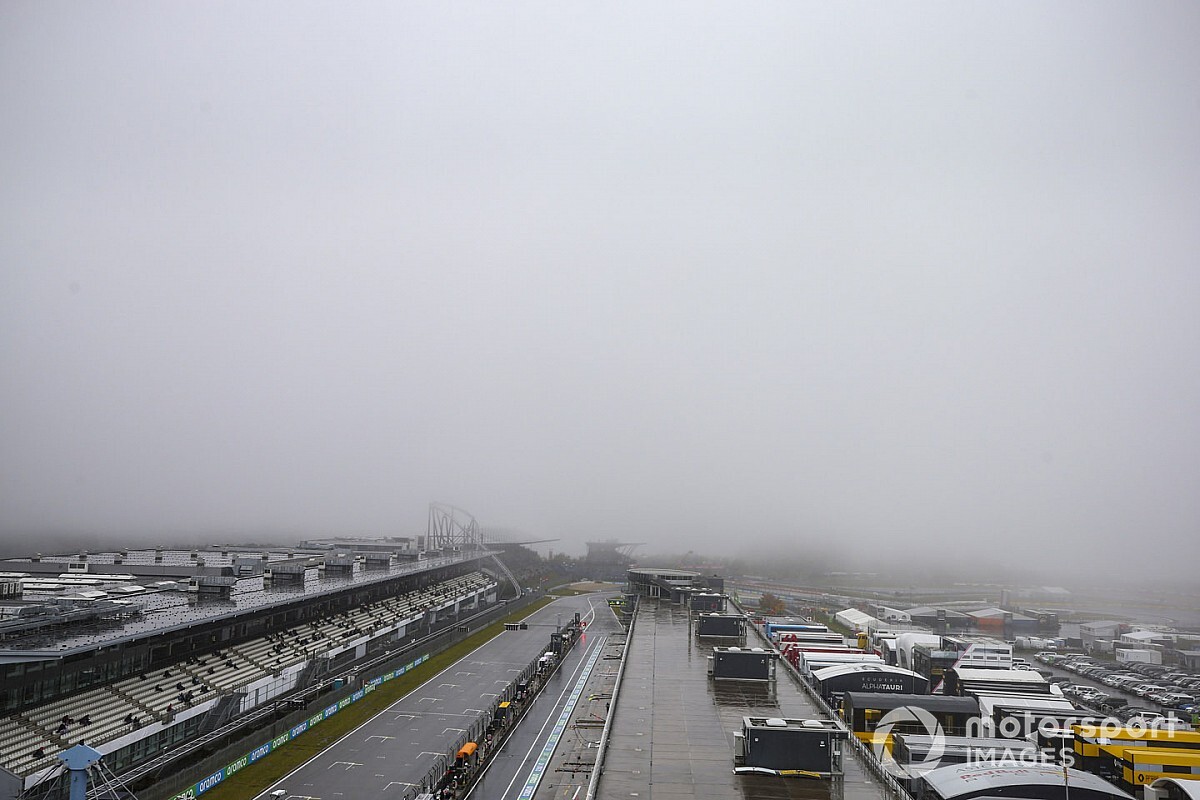 On a damp and foggy day, Friday's action at the Nurburgring was lost because the medical helicopter could not leave the track and land safely at the designated hospitals in the Koblenz area.

First practice did not start on time, and bulletins were issued at 30-minute intervals until it was announced that the session would be abandoned. The same pattern was repeated in FP2, and the day ended with no cars taking to the track.

At some venues cars can run without helicopter cover if what are known as "receiving" hospitals can be reached by road within a 20-minute window, but that is not the case at the Nurburgring and so the FIA had no option but to cancel track running.

Better weather conditions are expected tomorrow, but the FIA is hoping to ensure that poor visibility won't wipe out the day's action.

Masi would not be drawn on what the plans are.

"The forecast looks better, but we're also working on some back-up plans should we have a similar situation, to be able to try and work around." he said. "So we're working on those as we speak. We'll work on the back-up plans and then advise everyone accordingly at the same time."

In similar circumstances at the 2017 Chinese GP a hospital closer to the circuit – and within the 20-minute window of being reached by road – was upgraded by bringing in the neurological equipment that FIA protocols require.

The timing of medical evacuation is covered by Appendix H of the International Sporting Code, which states: "With the exception of a direct transfer to a severe burns treatment centre, the flight time necessary to reach each of the hospitals mentioned in the medical questionnaire for the competition and approved by the FIA medical delegate must not, in normal conditions, exceed approximately 20 minutes."