Fittipaldi: No problem switching from DTM to Haas F1 car 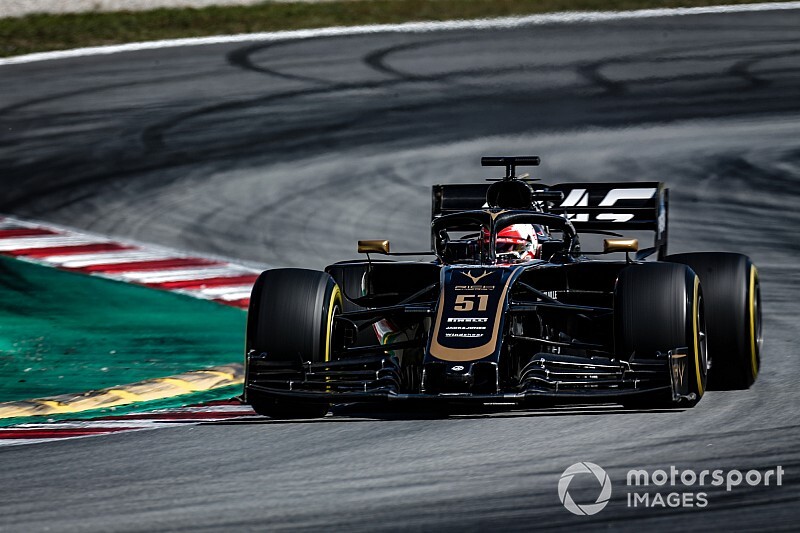 Haas test driver Pietro Fittipaldi says his return to the Formula 1 cockpit this week in Barcelona testing wasn’t hindered by his DTM programme in any way.

Fittipaldi is driving in the DTM this season with the WRT Audi team, which he is combining with his role with Haas in F1 – where he combines a mixture of simulator and track work.

He completed 103 laps on Tuesday, and said he had no problems adapting back to a single-seater machine as he worked through a full test programme that included new car parts.

“It was really good to get all that running, and we did some long runs too which is good for me to get a feeling for the tyre degradation,” said Fittipaldi, who ended the day seventh quickest, just behind McLaren’s Carlos Sainz.

“I’d done long runs before, but not as much as today. It allowed us to try out a lot of stuff too, new items to test, and it was a really great day, I can’t thank the team enough. It’s was a really successful day.”

When asked to compare the two cars, he replied: “For sure they are very different. The DTM car is amazing, but it’s a lot heavier and it rolls a lot more, so you can’t really compare it to an open-wheel car.

"The last time I drove [the F1 car] was in Bahrain, so it took the first run to get used to it again. There’s so much grip, it’s so agile with all the power too. Both cars are great, and it’s good for me to adapt as quickly as possible when I jump from one to the other.

“I feel like I always adapt pretty quick, so I’d say it’s only harder to adapt to the F1 car because it’s been a month since I last drove. But it happens quick, it’s just gaining the confidence to go quick through the corners. One or two laps, and you’re there.”

Fittipaldi had previous tested for the team in Barcelona pre-season testing and the post-Bahrain GP session.

“The team has made great progress I think, and was very competitive last weekend in qualifying and the race, so they’ve made good steps,” added Fittipaldi. “Today we were testing a lot of different things for the future. It was good personally to get all those miles under my belt, but also to test all those items.

“We had a big run programme. When you go from a long run on heavy fuel, then you do a short run, a lot lighter, where you really have to nail it on the first lap, for sure I’ve been improving at that, and I feel good in the car.

"It was a mixed-up day, we did both things in both the morning and the afternoon. We got a lot of information, and that’s the most important thing.”

Five things we learned from the Spanish Grand Prix