Formula 1's focus on tyre pressures has dominated chatter in the build-up to the French Grand Prix, but the weekend is an important one on another technical front.

The flexi-wing drama that's been bubbling away over the last few races should see a line drawn underneath it at Paul Ricard, as the FIA introduces new tests to prevent teams from circumventing the load and deflection tests that were already in place.

Teams have had around a month to prepare themselves for the new test conditions, which require the designers to comply with new values and mean that they have a rotation component to deal with rather than just a deflection.

The new guidelines suggest that bodywork may rotate no more than one-degree about an axis normal to the centreplane when two 750N loads are applied rearward.

Furthermore, bodywork may not rotate more than one-degree about an axis normal to the centre plane when two 1000N loads are applied in a downward direction. 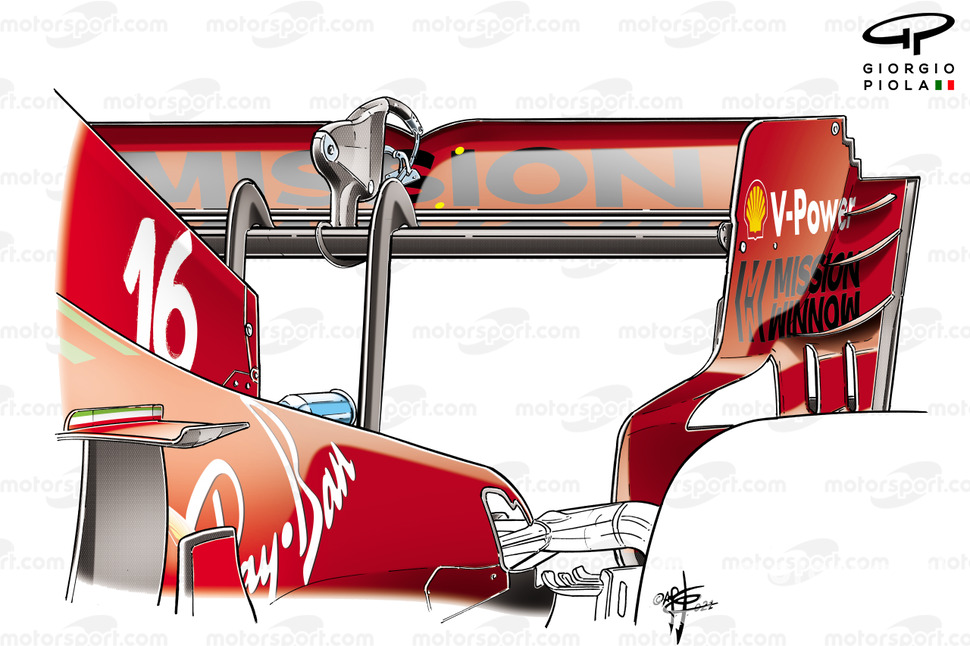 However, even with the new rear wing tests scheduled to be introduced at the French Grand Prix, the FIA has opted to be proactive and will also study the rear wings more closely from the rearward facing onboard camera footage.

Installed on all the rear wings at the Azerbaijan Grand Prix, at the behest of the governing body, were a series of 10mm dots that are used as reference points when monitoring the footage (as seen on the illustration of the Ferrari wing) . 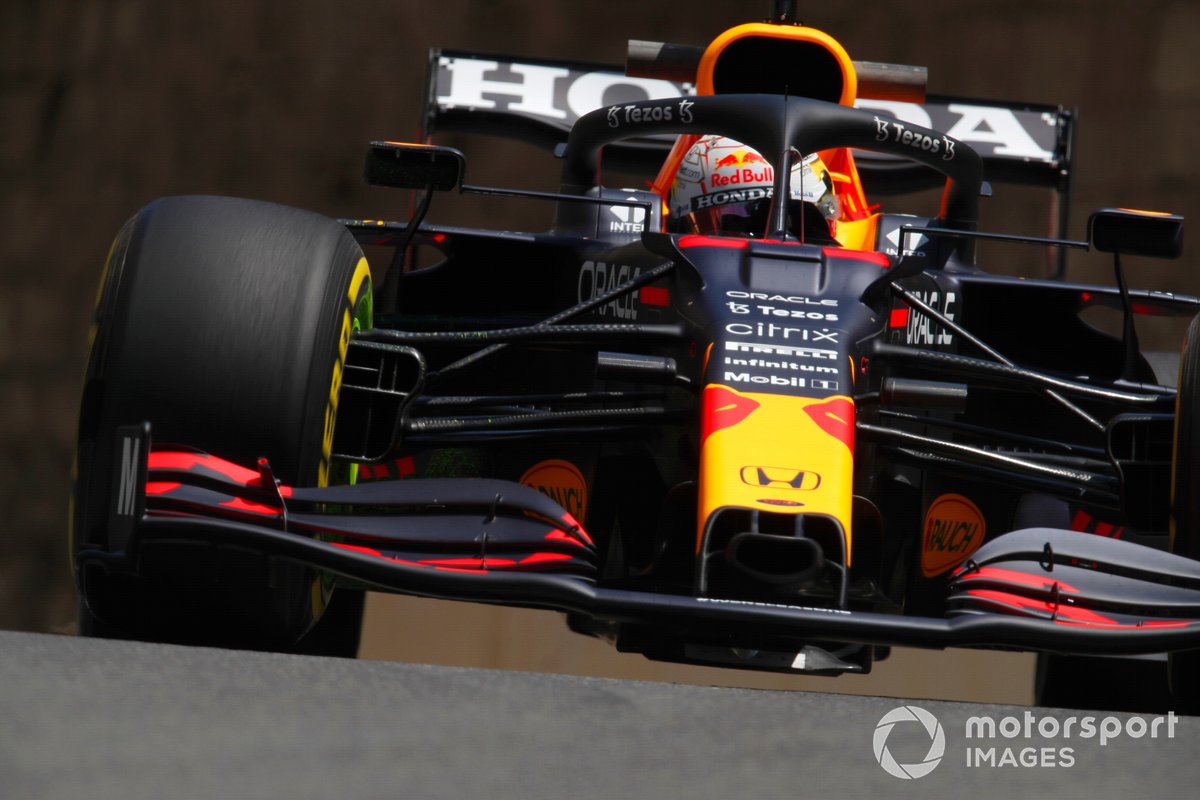 The teams have used this as a method of understanding flexibility themselves for a number of years, albeit they usually use a chequerboard sticker to act as a reference guide in lieu of the dots (as seen in the image above as Red Bull conducted its own tests in tandem with the FIA during free practice at Baku).

In any case, the teams had already started to respond to the new demands ahead of schedule, as Red Bull arrived at the Azerbaijan Grand Prix with an entirely new rear wing design that was reminiscent of what we saw them use at Spa in 2020. 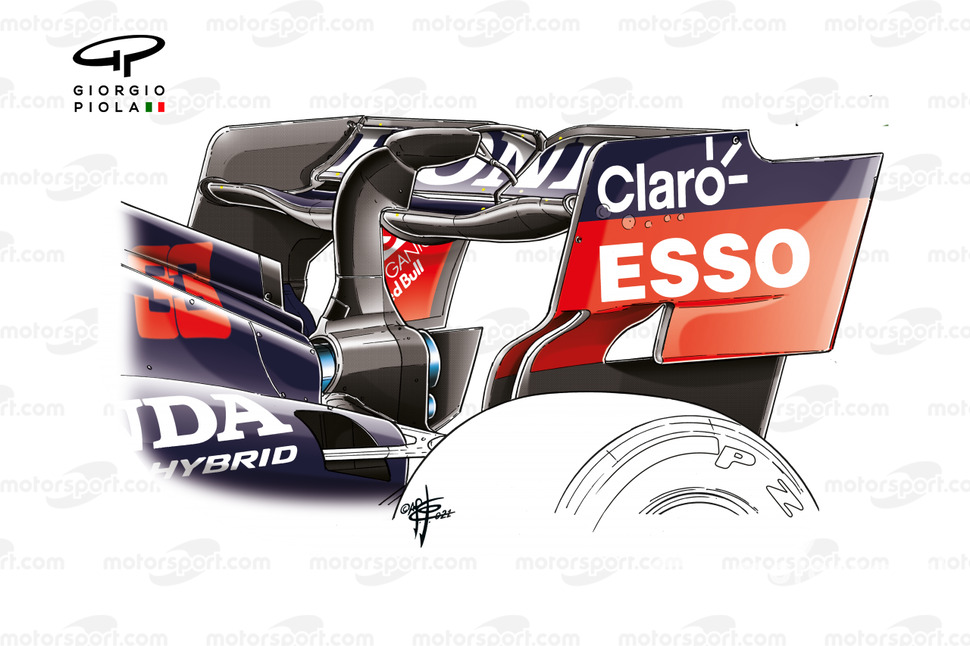 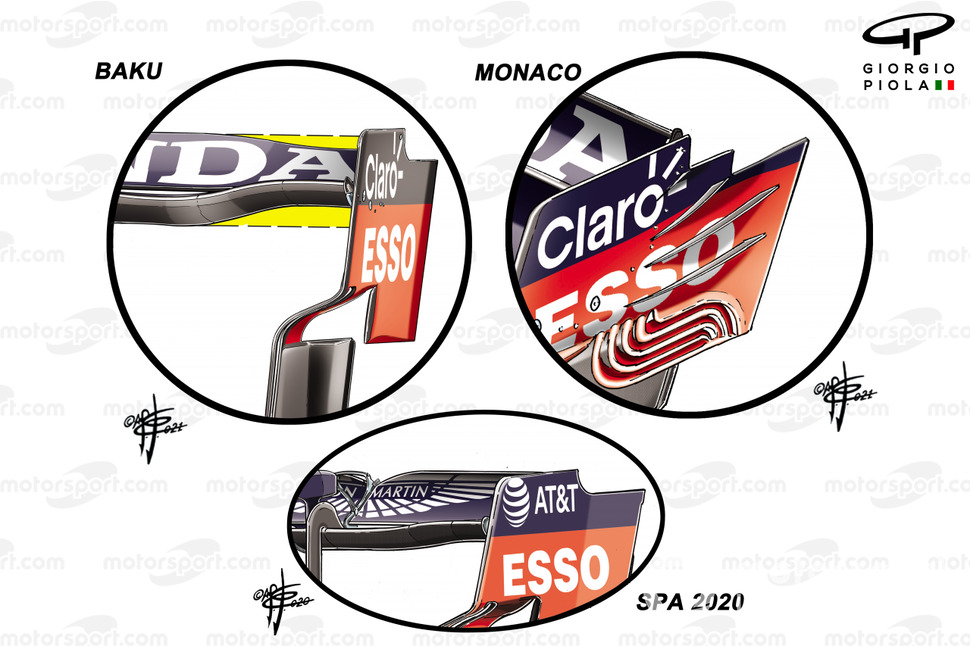 The revised wing removed many of the features attributed with adjusting the flow structures around the endplate, such as the curved louvres in the lower hanging section and the stepped cutout in the upper rear quarter.

Of course the roles these would have played, had they been installed, would have been lessened by the ratio of wing attributed to lower downforce and drag in the outer sections anyway. Nonetheless, it's interesting to see those details stripped away, again.