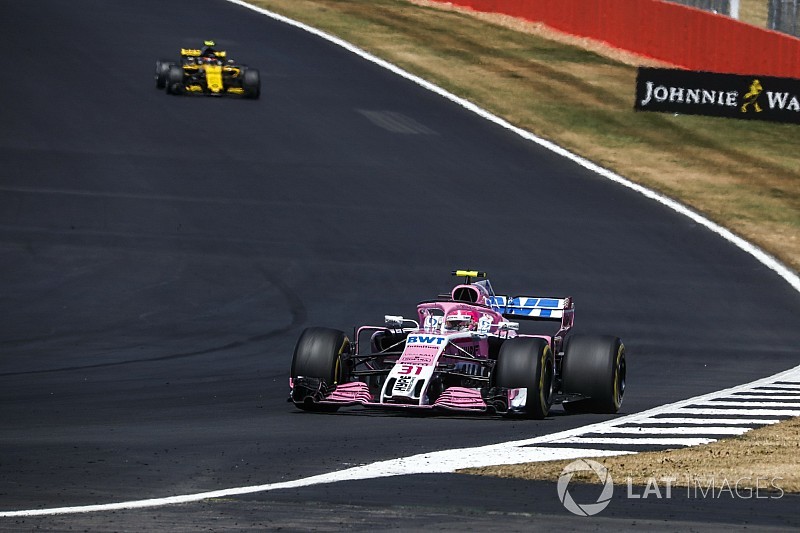 Force India can still challenge for fourth in the 2018 Formula 1 standings on the back of recent upgrades, according to driver Sergio Perez.

The Indian squad started its 11th season in F1 on the backfoot, plagued by correlation and rear-end stability issues, but has since propelled itself in the thick of the midfield fight with a series of updates to the VJM11.

It currently sits sixth in the championship, trailing Haas by three points with Renault a further 21 points ahead, but back-to-back double points finishes have encouraged Perez to aim for higher in the standings.

“The main focus for Germany is to have a clean weekend because if we maximise our performance we can be at the front of the midfield,” Perez said ahead of this weekend’s German Grand Prix at Hockenheim.

“There is a long way to go [11 races] and lots to play for. We are finding a bit more performance with each race and I still believe we can target fourth place in the championship.”

Esteban Ocon, who is well versed with Hockenheim having raced at it in DTM, expects the circuit to play to the strengths of the VJM11.

“The track should suit us because of the long straights and slow corners, so it’s a chance to score more points,” he said.

“I enjoy the circuit. It has good overtaking opportunities, especially the hairpin at the end of a long straight and the sharp left hander a bit later.”

Team principal Vijay Mallya takes encouragement from the upturn in Force India’s performance in recent races, but expects the midfield battle to get more closer in the second half of the season.

“It’s been satisfying to get both cars in the points for the last two races. It’s what we need to do for our fight in the constructors’ championship,” Mallya said.

“Germany marks the halfway point in the season and it feels as though we have some momentum now.

“The updates we introduced in Silverstone helped and there’s more performance to be unlocked. We’ve been a bit unlucky in the first half of the season.

“Scoring points in all of the remaining races is a realistic target, but I expect the midfield fight to get even closer in the races to come.”

Giovinazzi to get FP1 outing with Sauber in German GP