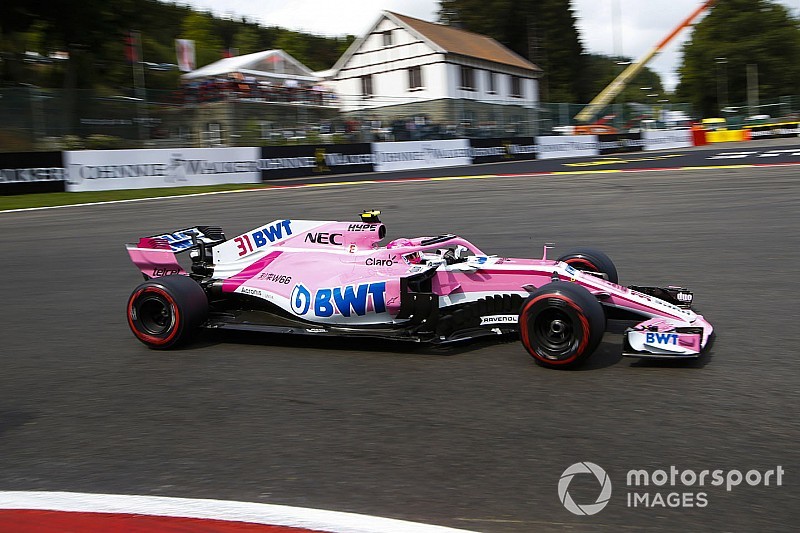 Force India has defended its preferential treatment in being allowed to immediately earn Formula 1 prize money – even though some rival teams are unhappy about the situation.

In the wake of the Force India outfit being granted a new entry ahead of the Belgian Grand Prix, it had been expected that, while the team could keep its historic commercial rights income, it would have to wait to earn new Column 1 earnings.

However, it subsequently emerged that the plan is for it to continue getting all income as before – although such a move still requires approval from other teams.

Unanimous support on the Column 1 issue has not been forthcoming yet, with the Haas team in particular seeking clarification on why it missed out on tens of millions of dollars of income by having to wait two years for its first extra payments after its entry in 2016.

Force India team principal Otmar Szafnauer has said he understands the frustrations that have been expressed by rivals, but thinks that it is correct that F1 chiefs treat his outfit differently.

"I understand why a new entrant needs to finish in the top 10 for two years in a row, to start getting Column 1," he told Motorsport.com.

"In the past when teams would enter, not really have the resources to enter and then they would be in for a bit and out, and in, Bernie [Ecclestone] didn't want that.

"This team has been racing for 25 years. It is not a new entrant. There is no question of survival going forward. So that bit of it doesn't really apply - not to mention 25 years ago when it entered it probably had to do that. So why do it twice?

"If you look at the purpose of not receiving column 1 twice, this team doesn't apply for that purpose, that objective."

Asked whether or not he was concerned the Force India's privileges could open a can of worms in the future if other outfits try to do the same thing, Szafnauer said: "I don't think so. This has happened once in our lifetime.

"It ain't like a precedent that next year the same thing can happen. It ain't going to happen."

Force India owner Lawrence Stroll held several meetings with teams over the Belgian GP to explain his involvement in the takeover, plus offer clarity on the commercial elements.

Szafnauer said the initial feedback had been encouraging because many rumours had been floating around about a cut price deal having been pulled off.

"I think [the meetings were] positive," he explained. "A lot of teams didn't have the intimate knowledge of what happened, as you only get to know either what you learn in the pitlane or read.

"So I think it was important for Lawrence to explain the process he went through and some of the costs, which were really high – exorbitant. Some of the teams were saying the consortium got this team really cheap, but not so.

"So I think it was important to get the facts across, so it was not guessing and conjecture and hypothesise."

F1 managing director of motorsport Ross Brawn thinks that the saving of Force India was an important moment for the sport.

"It was very important that this story had a positive outcome, thanks to the efforts of all those involved, including the FIA and the other nine teams entered in the championship," he said.

"It was significant for the good of the sport, for its credibility inwardly and in the eyes of the outside world, and above all for the hundreds of the team's employees and their families who were worried about job security."