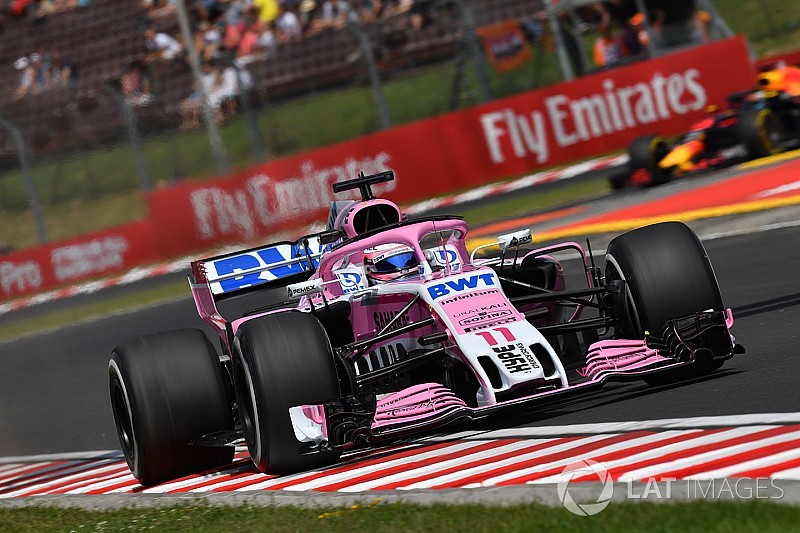 Force India went into administration on Friday evening after a hearing at the High Court in London.

The process in effect allows the team to carry on operating while a deal is concluded with a potential new owner.

Deputy team principal Bob Fernley, who stayed in London for the hearing instead of travelling to Hungary, told Motorsport.com last night: “An administrator was appointed by the court for Force India F1 this evening.”

No other official comment has been forthcoming from the team thus far.

Force India has faced an increasingly tight financial squeeze this season, with driver Sergio Perez calling the situation “critical” on Thursday, especially as the team couldn’t afford to bring developments to the car.

The team has owed money to several creditors, notably engine and gearbox supplier Mercedes and Perez himself. It’s understood that both parties were involved in the action that led to yesterday’s developments.

Several potential buyers and investors have been connected to the team in recent months, notably Lawrence Stroll. COO Otmar Szafnauer said on Friday that news was expected soon.

“I think it's imminent,” he said. “I know there's discussions going on in the background and I'm not privy to those because it's a shareholder issue. I'm not a shareholder otherwise I would know more. It will be very soon.”

Main shareholder and team principal Vijay Mallya has always maintained that he wasn’t actively trying to sell the team, but that he would have to consider a serious offer. However earlier this month he insisted that no acceptable buyer at the right price was on the horizon, and that he was waiting for the right deal to come along.

“Whether it’s a sporting business a service business or any other business, there’s a value,” he told Motorsport.com at the British GP.

“If somebody comes up and offers you a damn good price and a very good value, you must learn to get rid of the emotion, put on a commercial hat, and look at it seriously. Because such an opportunity may not come again. I had no such proposition in front of me. I want to see cash on the table.

“Until I see cash on the table, I don’t believe anything. In 10 years in F1 there have been too many people coming and wanting to buy the team. Everyone who walks through this paddock suddenly wants to own an F1 team.

“They don’t realise the hard work involved. If it was like the old Spyker quite content to run around in 21st and 22nd with no ambition to get out of Q3, then fine. But for a team like us it’s bloody hard work for everybody.”

Asked about the situation with Mercedes he said: “All I can say is Mercedes got a fat cheque two weeks ago.”