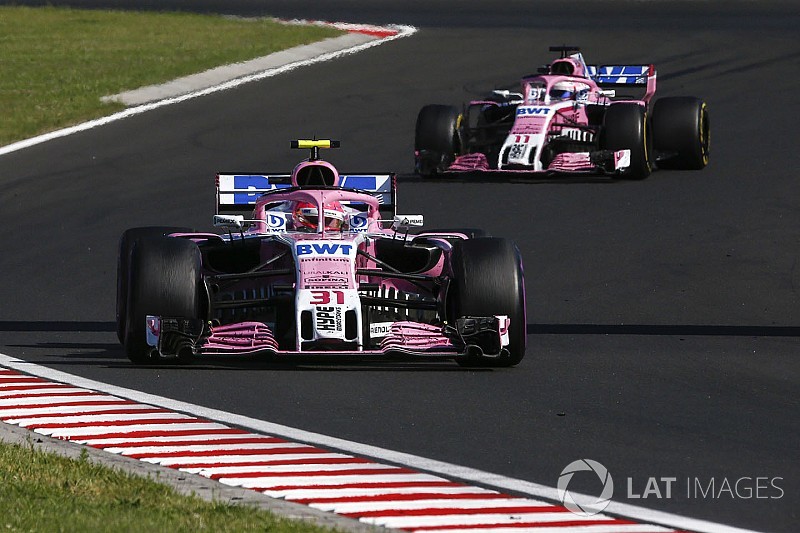 The efforts of Force India administrator FRP Advisory to sell the Silverstone outfit in the coming days could be compromised by opposition from three rival Formula 1 teams.

Under the terms of the Concorde Agreement, a team emerging from administration is regarded as a new entity and can only retain the commercial rights accrued by the original team if all other teams agree.

It’s a similar process to that undertaken when a team asks to receive its F1 prize fund payments in advance.

After a meeting in Budapest last weekend, McLaren, Renault and Williams all decided not to sign an agreement, at least for the time being, despite some urgent canvassing from F1 CEO Chase Carey on Force India’s behalf.

All three are keen to make a point to Liberty and the wider F1 world about the increasing power within the sport of the team alliances centred around Mercedes and Ferrari.

There’s a shared concern that Force India is being lined up by Mercedes boss Toto Wolff to become a pukka B-team, and that will only increase the power base of the sport’s two major manufacturers.

Although Williams is aligned with Mercedes as a customer, the Grove team has always insisted that teams should be independent constructors.

If Force India is not guaranteed to receive the income it was originally due – and which has been boosted by it finishing in fourth place in the constructors’ championship over the past two seasons – the team’s value to potential purchasers will clearly be much lower.

That uncertainty could derail hopes to have a deal in place before the next race in Spa.

Should a sale go ahead, the next hurdle will be an application for a team name change for 2019. However, that will only need a majority of the teams to agree.

The last major F1 team sale, that of Sauber, went through painlessly and with no involvement from rivals because it remained the same entity and the name didn’t change.