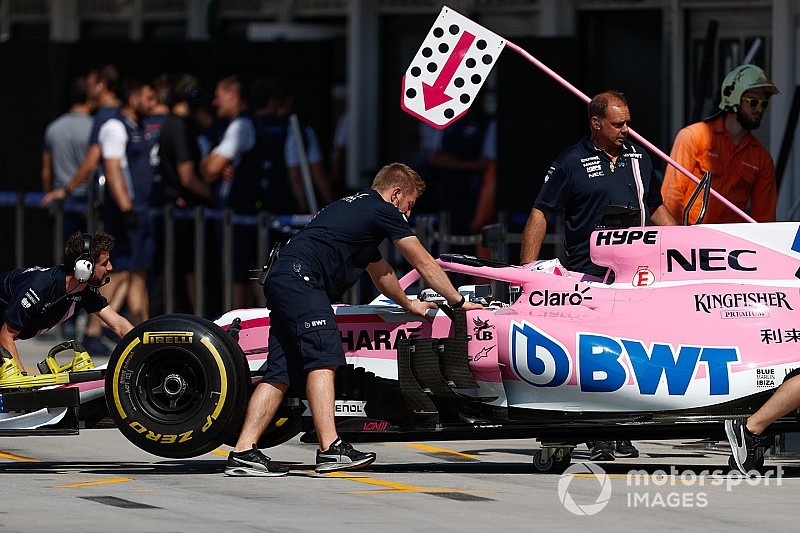 Force India chief operating officer Otmar Szafnauer has admitted the rescued Formula 1 team feared it would suffer the same demise as Caterham and Manor after falling into administration.

The Silverstone-based Force India team’s salvation was revealed on Tuesday after its administrators agreed a deal with a consortium led by Lawrence Stroll, father of current Williams F1 driver Lance.

That means the team has been returned to solvency, with all 405 jobs saved and “significant” funding guaranteed, plus a commitment to pay its creditors in full.

When Caterham and Marussia went into administration at the end of 2014, only Marussia was able to continue, having gained fresh investment under the Manor name.

However, it was placed in administration again at the end of 2016 before it collapsed for good.

“Once we went into administration, there were a couple that have been there and didn’t come out,” Szafnauer told Motorsport.com. “So, there is a lot of trepidation amongst all the team members, and a lot of anxiety, because we didn’t know where it was going to go.

“It’s a huge relief to know there’s a future for the team. We’ll be able to continue as a normal Formula 1 team.”

The new owners’ plan regarding senior team personnel is unknown.

Vijay Mallya, co-owner of the team for the last 11 years, has been its official team principal, with Bob Fernley acting as his deputy. Szafnauer said he did not know if he and Fernley would retain their positions.

“It’s early days," he said. "I would hope they would keep the senior management on.

“This just happened, I haven’t sat down with the new owners to say ‘what do you want to do?’.”

Stroll has been helping bankroll Williams for the past two years, as his son Lance made his grand prix debut with the team in 2017.

The younger Stroll is now expected to switch to Force India, which is likely to pursue a name change now it is not under Mallya’s control, for 2019.

Szafnauer said the driver situation was the same as the one facing team personnel.

“In the near future, we’ll have all those conversations,” he said. “But that’s looking forwards, not looking backwards.”