Force India to sit out second practice after Perez shunt 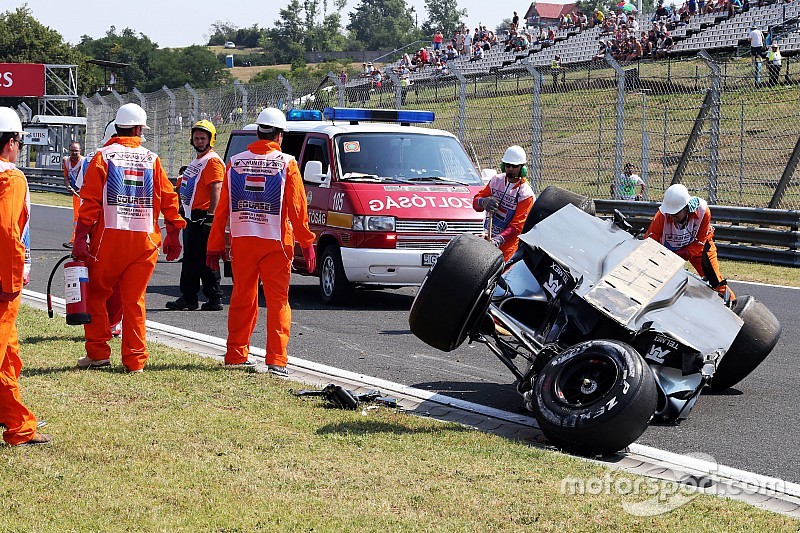 Force India has decided to sit out Friday's second free practice session for the Hungarian Grand Prix while investigations continue into the cause of Sergio Perez's morning accident.

Perez badly damaged his car in a spectacular accident in first practice, after a suspected suspension problem pitched him into the barriers before his car rolled upside down.

Despite efforts by Force India to get to the bottom of what happened, the team is not satisfied that there will not be a repeat problem on teammate Nico Hulkenberg's car so has decided not to risk running him.

In a statement issued shortly after the start of second practice, the team said: "Sahara Force India will not take part in this afternoon's second practice session at the Hungaroring as the team continues to investigate a suspension problem, which caused Sergio Perez to crash this morning.

"Sergio's car suffered significant damage to the bodywork, wings and floor, and repairs are ongoing.

"As a precaution, the team has chosen not to run Nico Hulkenberg this afternoon.

"The team will work hard to fully understand the cause of the failure and find a resolution in order to be ready for Saturday's free practice session."

Perez will not run in FP2 after crash