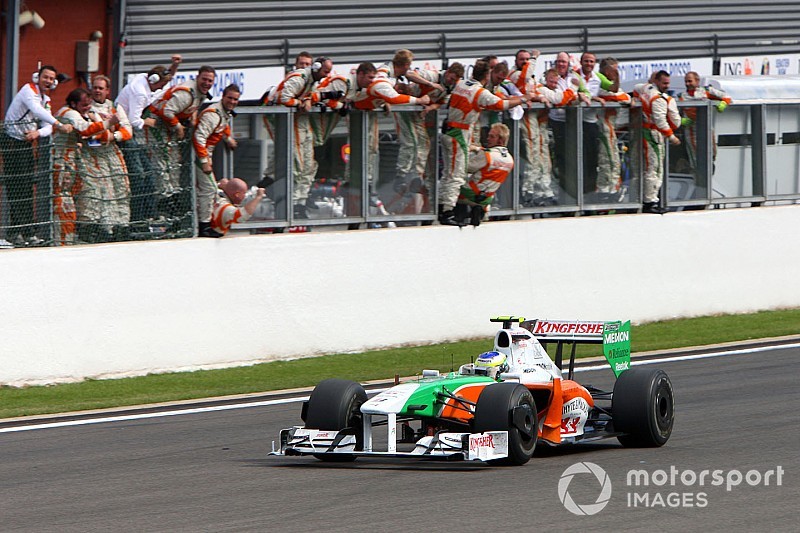 A strategic alliance with McLaren was the key to Force India's first step on the road from Formula 1 mediocrity to midfield powerhouse.

Never mind the financial woes the team now known as Racing Point went through in the past couple of seasons before its purchase by Lawrence Stroll's consortium. Vijay Mallya's late-2007 takeover alleviated an even more turbulent period for the team in which it changed hands thrice in three years - having run as Jordan until 2005, then Midland, then Spyker.

Over the following 10 years, the team transcended its precarious financial situation to consistently bother the scorers, and occasionally annexe podium places - a far cry from the tail-ender role it had previously occupied. But the process took time.