Force India: We need to know we didn't get lucky with tyres 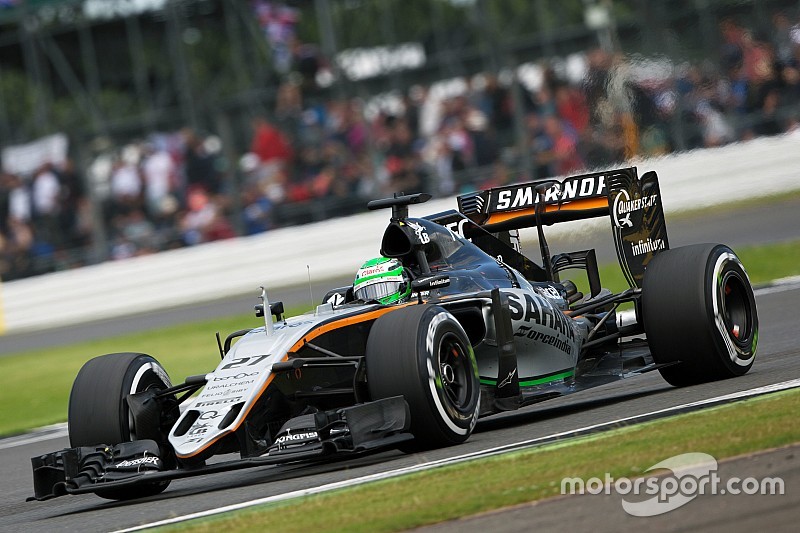 Force India COO Otmar Szafnauer thinks it essential his team understands why it was so much better on its tyres at the British Grand Prix – so it can rule out that it just got lucky.

Just one week on from Austria, where huge tyre degradation left Force India struggling for pace, Nico Hulkenberg and Sergio Perez delivered a decent haul of points at Silverstone to close its gap in the constructors' championship to Williams.

For Szafnauer, the British GP showing was a good indication that lessons had been learned from the Red Bull Ring weekend that had left engineers scratching their heads.

“It forced a lot of thinking,” Szafnauer told Motorsport.com. “It is ironic, when you don't do well it forces more thinking that if you do well - so we really need to analyse very deeply and specifically on both occasions.

“Even after Silverstone where we had a strong sixth- and seventh-place finish, we still need to analyse the data to know that the things we did had an impact on the tyres, and that we didn't just get lucky.”

As part of its effort to improve performance, Force India reverted to some old suspension concepts at Silverstone amid suspicions new developments were hurting its tyre life.

Feedback on that switch will lead to a decision ahead of Hungary on what configuration the team runs in from now on.

“We decided that the old suspension configuration was no worse and could have been better,” added Szafnauer. “After we have the data of the race, we have to look at it and work out if it is the cause of their performance.

“We did some things differently to make the tyres last longer, but the weather conditions were different at Silverstone than they were in Austria, so there is a lot of inputs that have a lot of impact on the tyres.

“We have to make sure that going forward that we do have a good understanding, and do what is right for the tyres. As you can see, if you don't treat the tyres well, you go backwards in the race.”

With Force India now just 19 points behind Williams, Szafnauer thinks that there is a fascinating fight brewing between the two teams in the battle for fourth in the constructors' championship.

“It [the gap] has closed and we still have more than half the season left,” he said. “It is all to play for.

“Williams have got a good car too when they get it right, which they do often, so it is not going to be easy with two good drivers and a strong core team behind them. But at the same time you have to set those goals and try to achieve them.”

Mercedes needs to be "flawless" to beat Red Bull in Hungary