Former Mercedes executive Jurgen Hubbert, a key player behind the marque's move into the DTM and Formula 1, has died at the age of 81. 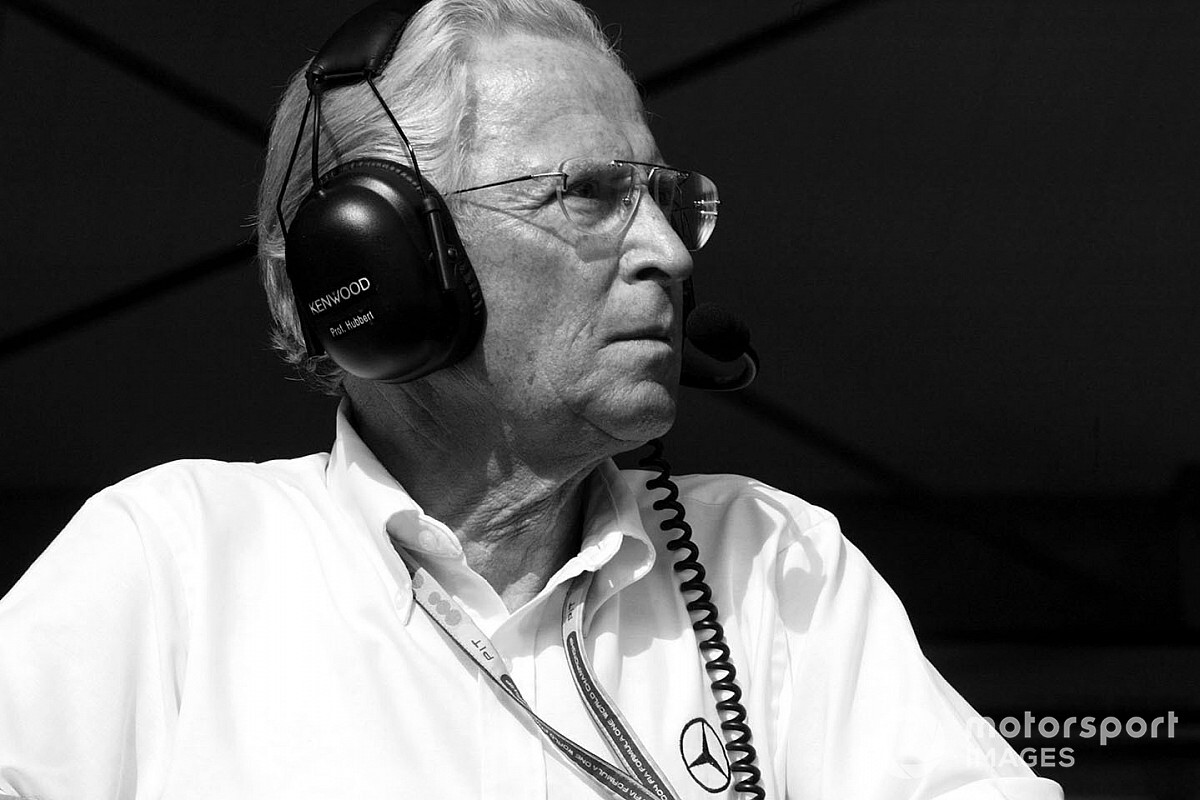 It was on Hubert's watch that Mercedes joined forces with McLaren, creating a partnership that would win two world championships with Mika Hakkinen in 1998 and 1999, and a third with Lewis Hamilton in 2008.

"Deeply saddened to hear the news of our friend and family member Jurgen," Hamilton noted in an Instagram post today.

"He was such a racer at heart and I enjoyed our chats and his enthusiasm [for] racing. His commitment to Mercedes and the team over the years was inspiring."

Born in 1939, Hubbert graduated in engineering from the University of Stuttgart in 1965, and he joined Daimler-Benz that year.

He moved through the ranks quickly, holding various senior roles at the Sindelfingen plant, and by 1987 he became a deputy member of the board of management of Mercedes cars.

On reviewing the state of the company Hubbert decided that motor sport was the way forward. Mercedes had not fully embraced an official involvement in racing since 1955, so it was a huge step.

"When I looked at the situation the company was in it became clear to me that we had got ourselves into some difficulties," he noted in 2018.

"Due to an ongoing internal debate, we had been neglecting our vehicles. The focus was on becoming an ‘Integrated Technology Group.'

"I hoped that we could polish up the image of the brand by means of motor sport activities. I remembered the 1950s, when I was still at school and took a lively interest in the sport, and I also looked back to the 1930s.

"There were always times when the company was not doing all that well and it was motor sport that gave the brand an extra push.

"It had worked on those occasions, and I had something like that at the back of my mind."

That morphed into a full works Silver Arrows effort – and brought the marque titles in 1989 and 1990, along with a Le Mans win in the former season.

With a return to grand prix racing on the horizon Hubbert hired former journalist Norbert Haug to head up the motorsport programmes.

However, the plan to move into F1 with Sauber-run works team – which would have involved Michael Schumacher – was shelved.

"It didn't work out at all," Hubbert recalled. "We just went from one setback to another. Cars in which the engine blew up on the home straight on the penultimate lap - and in front of massive audiences.

"And then we won in Australia. That was 1997 - the first Mercedes win - with David Coulthard at the wheel. And next year, we finished as World Champions."

Hubbert took on a more senior management role within Daimler while also becoming a powerful figure behind the scenes in F1. He was one of the key players behind the GPWC, the aborted attempt by the manufacturers to break away from Bernie Ecclestone.

He continued to be a big supporter of McLaren even after his retirement in 2004.

During his tenure with Mercedes he had a huge impact on its road cars, overseeing the introduction of the A-class, M-class and CLK, as well as the birth of the Smart car range.

He also found time to pursue an academic career, teaching engineering at the Technical University of Karlsruhe.

"As a leader, he was able to integrate and motivate his teams with a passion for technology and the highest standards for himself.

"He is forever assured of the appreciation of the entire Mercedes family. In gratitude for his many years of good work, we will honour his memory."

President and CEO of F1 owner Liberty Media, Stefano Domenicali, stated: "All of us at Formula 1 are deeply saddened to hear that Jurgen Hubbert has passed away. He was an incredible man and a friend and he will be greatly missed. My thoughts are with his family at this time."