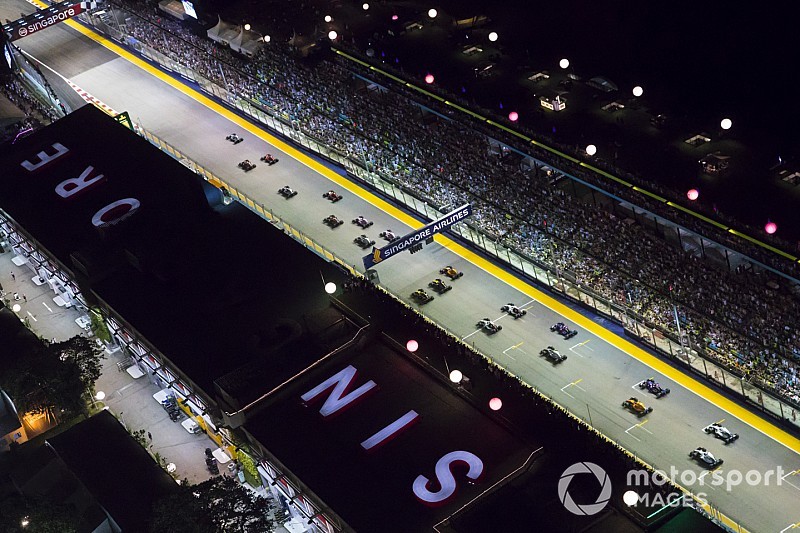 Formula 1 has completed a deal to open up more betting markets in the series, which it says will give fans "new ways to engage with the action".

The sport’s owners have announced a partnership with Interregional Sports Group to "produce an F1 betting offering" that "will work with data taken directly from the track on race weekends".

The deal will enable an expansion of in-play betting markets – popular in many other major sports.

F1's commercial managing director Sean Bratches said the championship is "delighted" with the arrangement, with the aim of "making the most of the data which is generated at every grand prix".

F1 will also work with Sportradar, which partners with several major sports rights holders to fight against betting-related match fixing and corruption through its fraud detection system.

"The F1 deal amounts discussed [reported by The Financial Times as "more than $100m" over five years] would make the deal and cost of acquisition per player very high, which would indicate that the aim may be more to talk to F1 fans and take them to bet on other sports rather than necessarily F1," he added.

"But it has opened the door and set the scene for the motorsport betting market to grow.

"The more interest in motorsport betting, the higher the required standards and the better for all players.

"We certainly think that competition is always welcomed and we, at Pitstop Betting, are continuing our two-year development plan to cover 10, 15 and then more series."

How high-risk Ferrari gambled everything – and lost