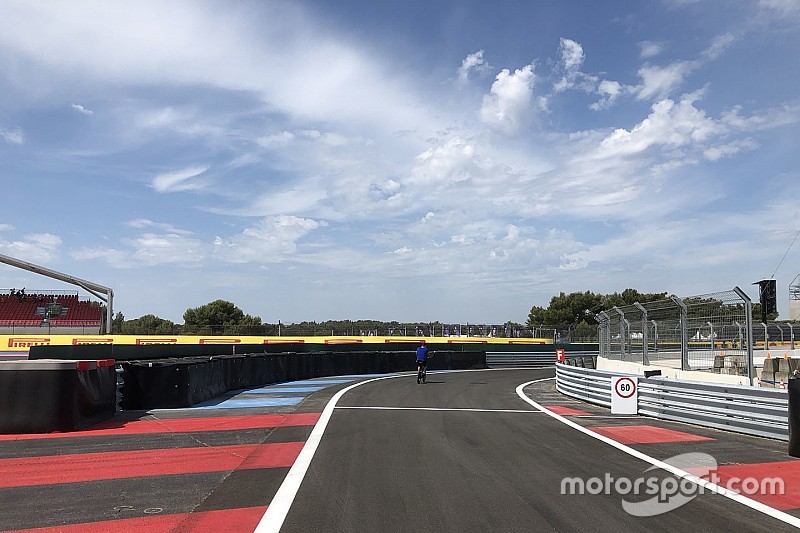 French Grand Prix officials have completely changed the location of the entry to the pitlane at Paul Ricard in a bid to avert the problems that occurred during last year's Formula 1 weekend.

A tricky entry last year, which featured a tight right/left turn in front of the Mercedes pits, prompted concerns from drivers about safety, and the FIA ended up cutting the speed limit from 80km/h to 60 km/h.

Following the issues last year, Paul Ricard chiefs have now completely reconfigured the location of the pitlane entry – which now begins off the racing line at Turn 14.

Drivers peel to the right of the circuit and then run down a bespoke pitlane channel that brings them in a much safer route in to the pits. The tweak has also meant the safety car line 1 has been moved.

The speed limit will remain at 60km/h however, due to the narrow nature of the Paul Ricard pitlane.

As well as the entry being changed, the pitlane exit has been reprofiled – with it being widened and extended towards Turn 1 to allow drivers to build up more speed before they rejoin the racing line.

As well as the changed to the pitlane, the track has been resurfaced at numerous points, including Turns 1, Turns 3 through to 7 and the final corner.