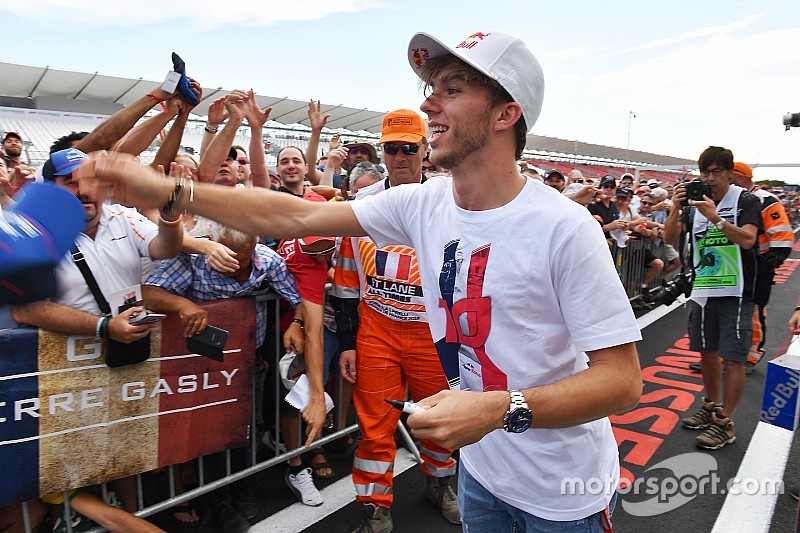 Promoted: France is imbued with a proud Formula 1 heritage, boasting some of the finest names ever to grace grand prix racing, so it’s only right that the French Grand Prix has re-established itself with a prime spot on the F1 calendar. Motorsport Live explains why a trip to Circuit Paul Ricard is a must for Formula 1 fans this summer.

From the earliest days of the world championship, France has been an integral part of the fabric of Formula 1 – from Equipe Gordini, Maurice Trintignant and races at Reims, through to Alain Prost’s astonishing 51 wins and four world championship titles in the 1980s and early 90s, on to subsequent success for Renault - as engine supplier and manufacturer team - in the 2000s. Prost raced for Renault early in his own F1 career and plays and integral part in the French manufacturer’s modern grand prix operation by acting as a special adviser.

Prost remains France’s only F1 world champion, while Renault last enjoyed championship success as a fully-fledged team with Fernando Alonso driving in 2005-06, but the current incarnation of that team has ambitious plans to return to the top of the pile again, hoping soon to carry the fight to Mercedes and Ferrari and recapture the sort of glory Renault enjoyed repeatedly as engine supplier to Red Bull in the final years of F1’s V8-engined era in 2010-13. 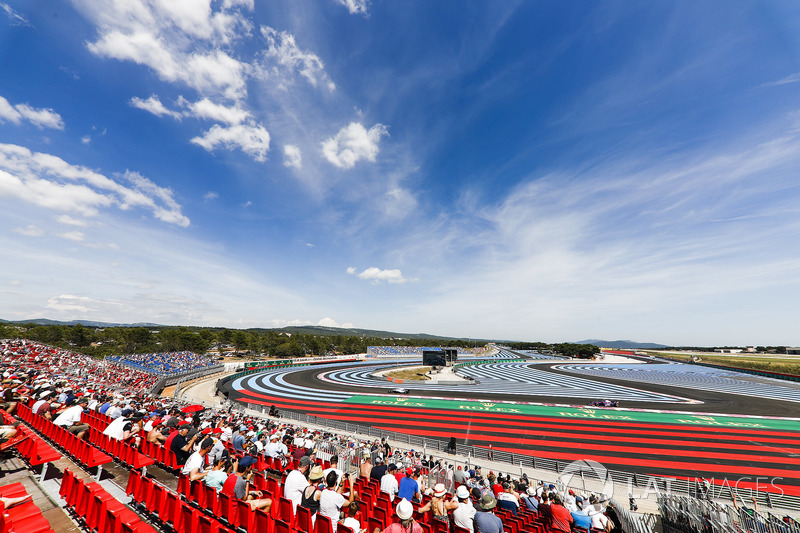 Formula 1’s growing momentum in France is in part due to Renault’s renewed factory team effort. Yellow and black shirts and tricolour flags will no doubt be out in force during the French Grand Prix weekend, creating a fervent patriotic atmosphere around the race. Neither of Renault’s current drivers, Nico Hulkenberg and Daniel Ricciardo, are French, but will surely command a significant portion of partisan support from the crowd. If you are a fan of this team and these drivers, this is the race for you.

In terms of French drivers, there will be a huge swell of home support for Pierre Gasly, who this season earned promotion to the frontrunning Red Bull-Honda team after an impressive first full season with Toro Rosso in 2018. Gasly has endured a difficult start to his 2019 campaign, but his form is improving alongside the growing competitiveness of the new Red Bull/Honda alliance. His team-mate Max Verstappen finished on the podium for Red Bull at last year’s French Grand Prix and Gasly represents France’s best hope of a home-grown F1 winner since Olivier Panis took an unlikely victory for Ligier in the 1996 Monaco GP. 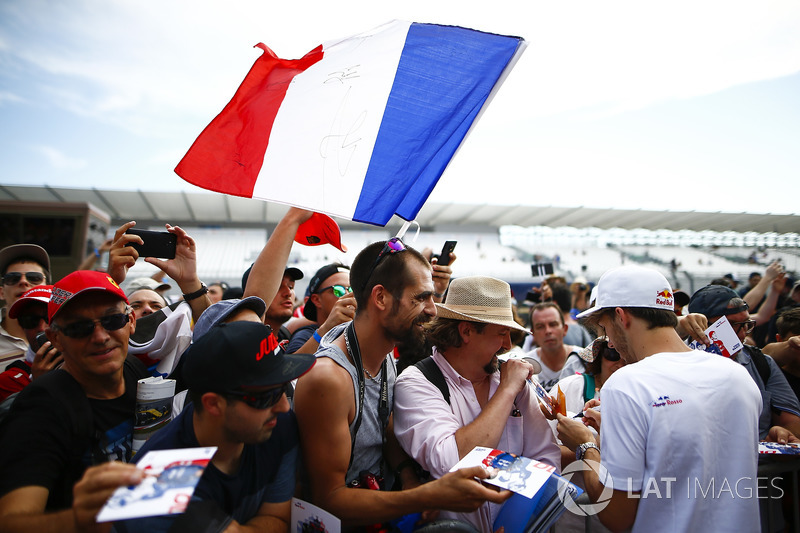 “When you are at home and you do your home race… to see all the flags, all the people speaking French, with support messages when you come to the track in French, it’s an amazing atmosphere and it’s something different to other race weekends,” says Gasly, 23, who hails from Rouen.

French Swiss driver Romain Grosjean, who races for the up-and-coming Haas team, was a podium finisher with Lotus in 2013 and will almost certainly be a points contender at this year’s race with Haas. He proudly sports the red, white and blue of France on his overalls and helmet, so will command a great degree of home support. He will be keen to make up for the first-lap collision that ruined his 2018 race, and the outstanding qualifying laps he regularly produces in the cut and thrust of F1’s ultra-competitive midfield could be well worth watching on Saturday.

“The south of France is probably one of the best places in the world,” says Grosjean of Paul Ricard. “I think it’s just a beautiful place to have a race.” 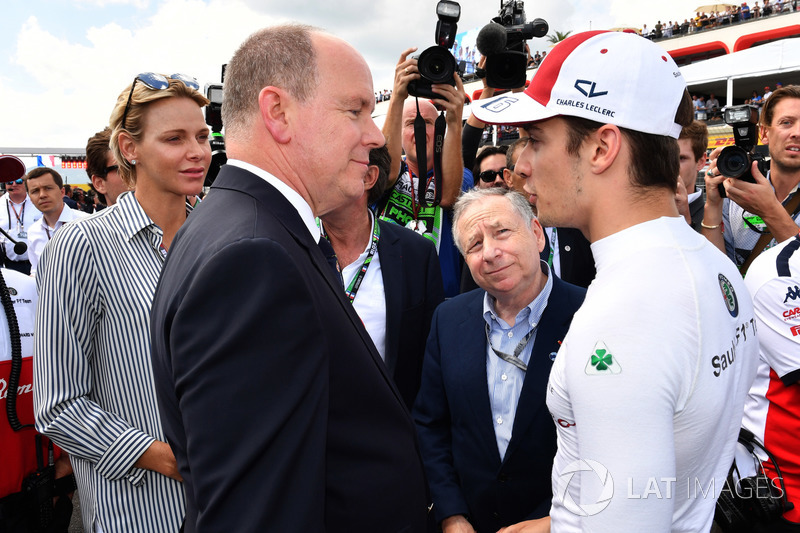 Along with Gasly and Grosjean local spectators can also stake a claim to Ferrari new boy Charles Leclerc. The young Monegasque is not French-born, but spent his formative years pounding around the kart tracks of southern France and, as the crow flies, he is the most local driver to Paul Ricard, given its close proximity to Monaco.

“Le Castellet is close to home for me, which is nice,” says Leclerc. “I look forward to meeting all of the French fans there.” Fans of Leclerc stand a great chance of seeing this seriously impressive young driver challenge for victory if they make the trip to Paul Ricard.

Beyond Formula 1, France also has a strong presence in the junior series that will grace the track over the course of the grand prix weekend. Renault-backed reigning GP3 champion Anthoine Hubert, Ferrari junior Giuliano Alesi – son of 1995 Canadian Grand Prix winner Jean – and Dorian Boccolacci will all show off their talent in Formula 2, while local teams ART Grand Prix and DAMS will be keen to put on a strong performance in their native country.

With Gasly, Grosjean and Renault – along with adopted son of France Leclerc – there’s sure to be a fever-pitch atmosphere for home supporters when Formula 1 visits the picturesque Circuit Paul Ricard this June. Check out ticketing options and grandstand choices by clicking here. 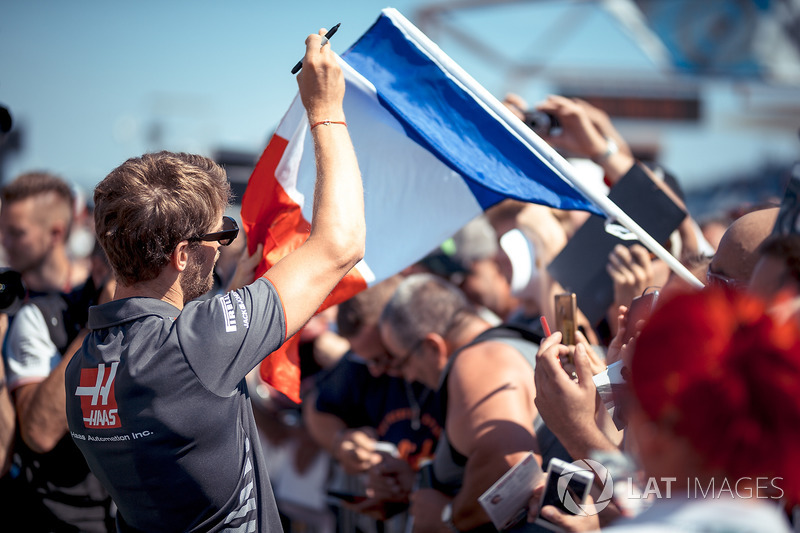