Throughout its 13 year history, several drivers and teams have made costly errors at the Chinese GP that have potentially cost them race wins and even championships.

We've prepared a list of all goof ups at this venue... 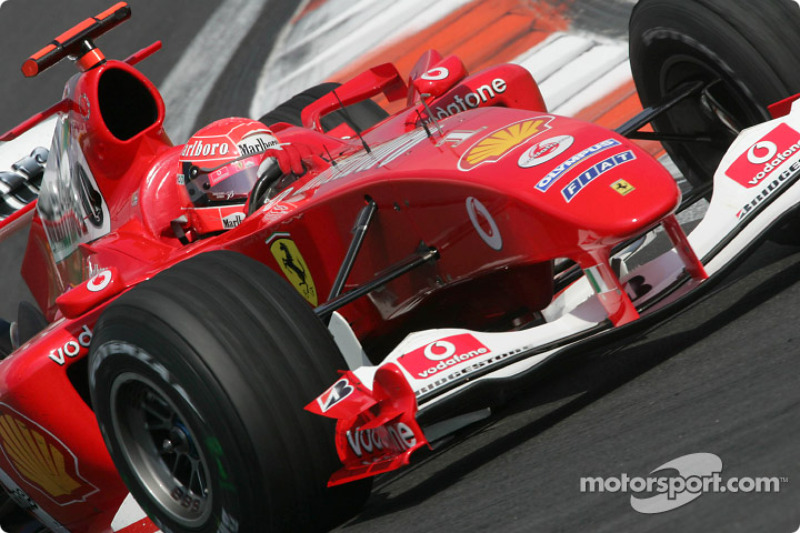 The inaugural Chinese Grand Prix was held in a year dominated by Michael Schumacher. However, the race turned out to be a major blip in Schumacher's otherwise stellar year. Having started from the pitlane, Schumacher crashed into Christian Albers' Jaguar before losing further time with a spin. A puncture further accentuated the German's problems who eventually finished a distant 12th, a lap down on race winner and teammate Rubens Barrichello.
2005 - Another poor race for Schumacher 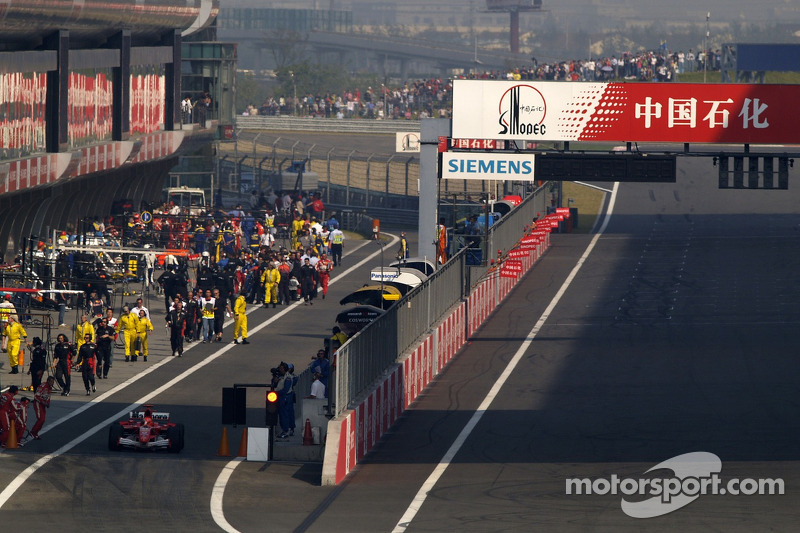 If the 2004 Chinese GP was bad for Schumacher, the 2005 edition of the race was even worse. The German was again involved in an accident with Albers, this time, bizarrely, on the formation lap. Schumacher managed to start the race in a spare car, but a spin under safety car conditions brought a premature end to his season.
2006 - New tyres vs old tyres 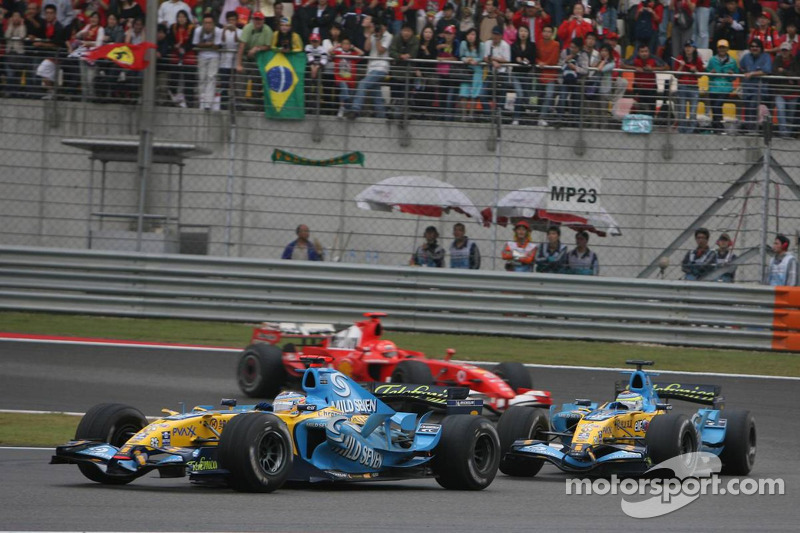 Fortunes favoured Michael Schumacher in 2006 as it was Renault's turn to throw away a victory. Amid drying conditions, Renault decided to replace warm front tyres on Alonso's car with some fresh rubber. The decision, however, backfired as Schumacher quickly chased down the Renault driver on older boots, overtaking him to take the lead and his last F1 win.
2007 - Potentially title-losing error 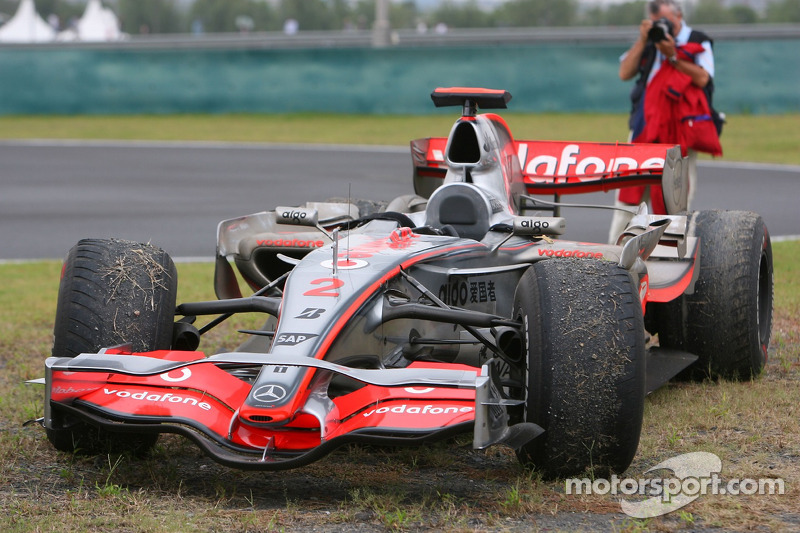 Having started the penultimate race of the season on pole position, Lewis Hamilton looked set to win the title in his debut season. However, McLaren decided to keep him out on worn rubber, allowing Kimi Raikkonen to pass through. Second place would have still been enough for Hamilton, but the Englishman got struck in the gravel trap while entering the pitlane. Raikkonen went on to win the race, while Hamilton went home without a single point.
2008 - Wrong tyres 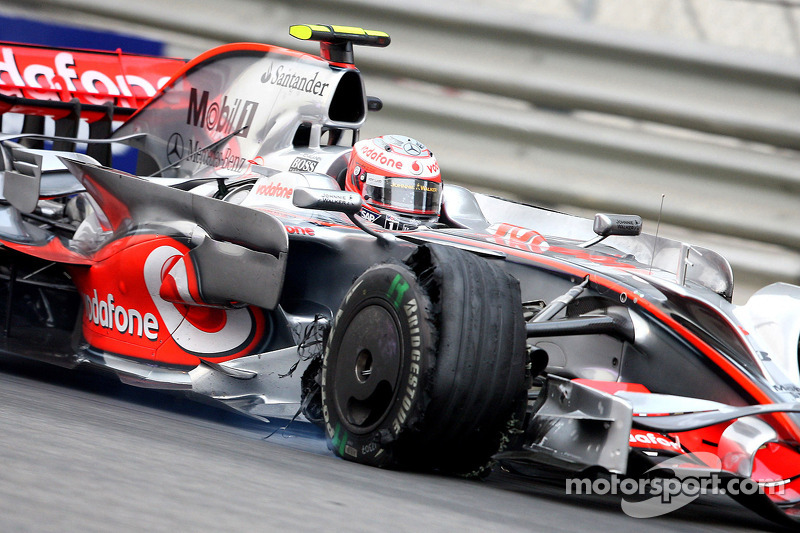 While Lewis Hamilton had a faultless run, his teammate Heikki Kovalainen was let down by McLaren. The Woking-based team inadvertently swapped the front tyres, leading to a lot of vibration on the Finn's car. He eventually retired with a puncture.
2010 - Ejecting wheels 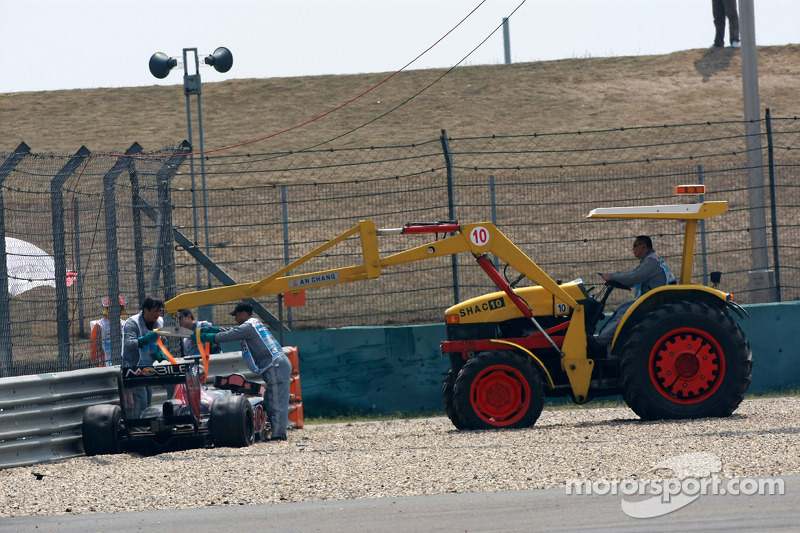 When Sebastien Buemi slammed on the brakes at the hairpin, the front wheels came off, making the Swiss driver a mere passenger. Investigation by Toro Rosso revealed that new parts on the front suspension were responsible for this horrifying incident.
2011 - Wrong pitbox 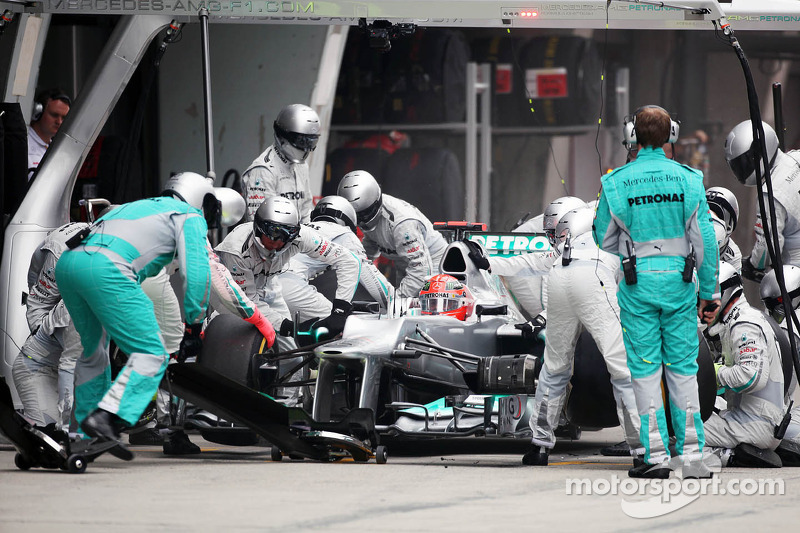 2012 Chinese Grand Prix marked Mercedes' first F1 win since returning as a constructor. However, the Silver Arrow could have had two of its drivers on the podium had it not botched Michael Schumacher's stop and let the German exit the pits with a loosely fitted tyre. The seven-time world champion retired from the race as a result.
2013 - Loose wheels part 2 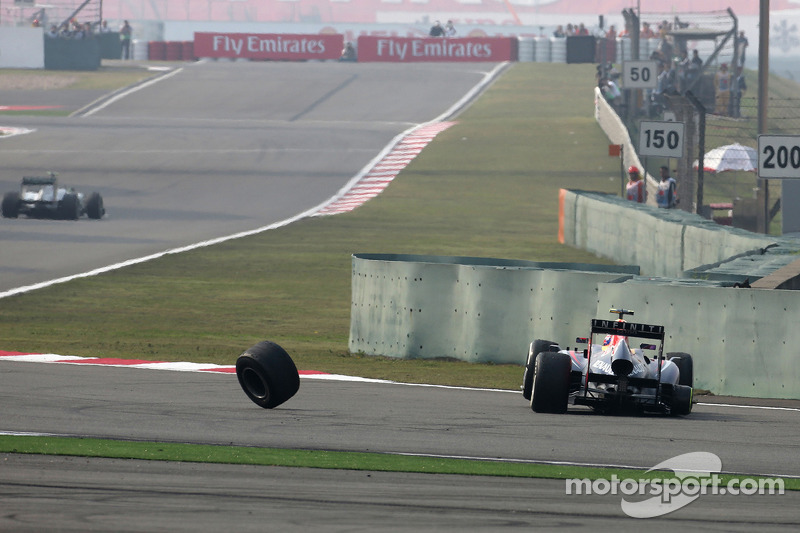 The 2013 Chinese GP was a difficult one for Mark Webber. The Australian ran out of fuel during qualifying, forcing him to start from the back of the pack. On lap 14, Vettel made contact with Jean Eric Vergne - an incident which led him to pit immediately for a fresh nose. While Red Bull mechanics were able to fit a new front wing on time, the rear right tyre was loosely fitted. Unsurprisingly, the tyre came off on the next lap, forcing Webber to park his car and end his race abruptly.
2014 - The race that lasted two laps less 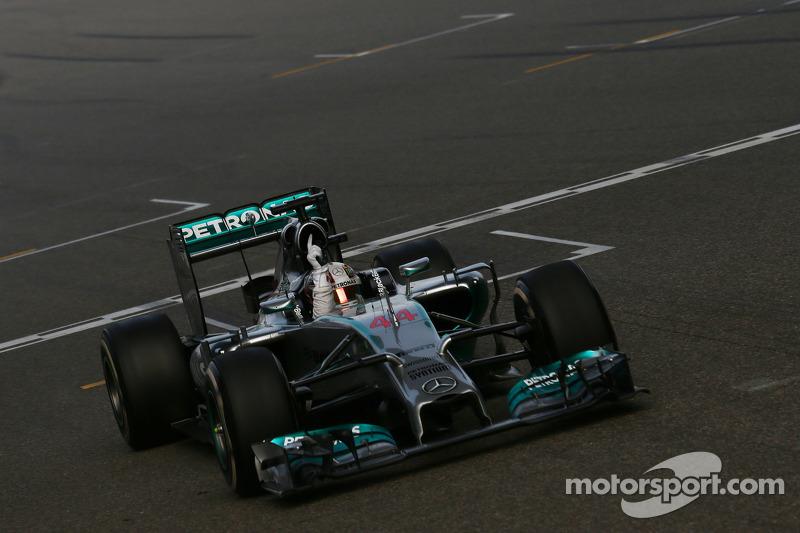 While the race was originally scheduled for 56 laps, a marshal incorrectly waved the chequered flag on lap 55 - one lap earlier than he was supposed to do. The results were declared on countback on lap 54, reducing the race distance by two laps.
2016 - When every driver finished 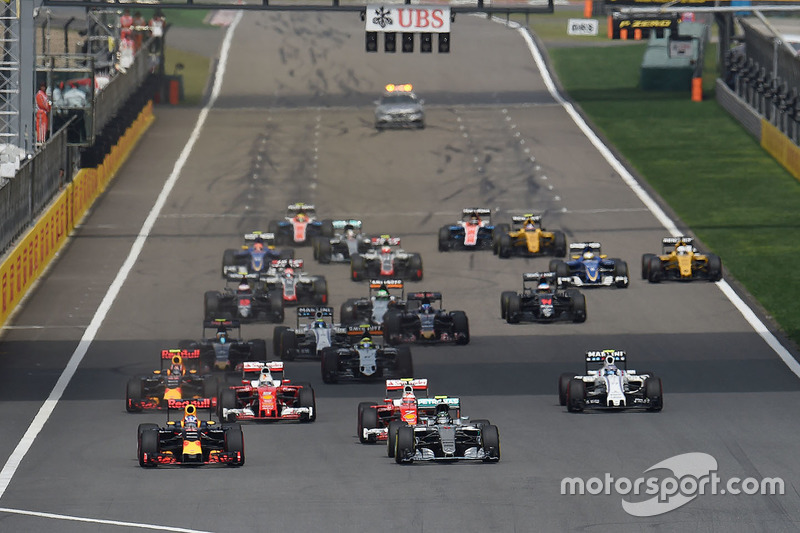 The 2016 Chinese Grand Prix was only the fourth ever F1 race where all drivers made it to the finish.
shares
comments
Previous article

Di Grassi hits back at Marko over Formula E comments

Gallery: Showdown between Schumacher, Villeneuve in 1997