Pierre Gasly felt frustrated after AlphaTauri's "shocking" pace during Sunday's Formula 1 Qatar Grand Prix saw him fall from the front row of the grid to outside of the points.

Gasly lined up second for the start of the race at the Losail International Circuit after penalties for Max Verstappen and Valtteri Bottas promoted him from fourth place on the grid.

Gasly had not finished a session outside of the top four all weekend, but quickly struggled in the race, dropping back to fifth before pitting early on lap 13, with AlphaTauri committing to a two-stopper.

It dropped Gasly down the order and left him struggling in traffic. He ultimately pitted for a second time from 10th place, and could only recover to 11th by the flag.

"It was very, very frustrating, our pace was shocking basically," Gasly said in the written media pen in Qatar following the race.

"At the moment we don't really have the answer. But we tried to stick with Fernando [Alonso] for the first few laps. I could barely make it, and then after that we tried to go for an aggressive two-stop strategy but the pace was never there.

"It was shocking. I tried to push as hard as I could in the car, and even with fresher tyres than Fernando, I was miles away when he was on used tyres. It was so frustrating." 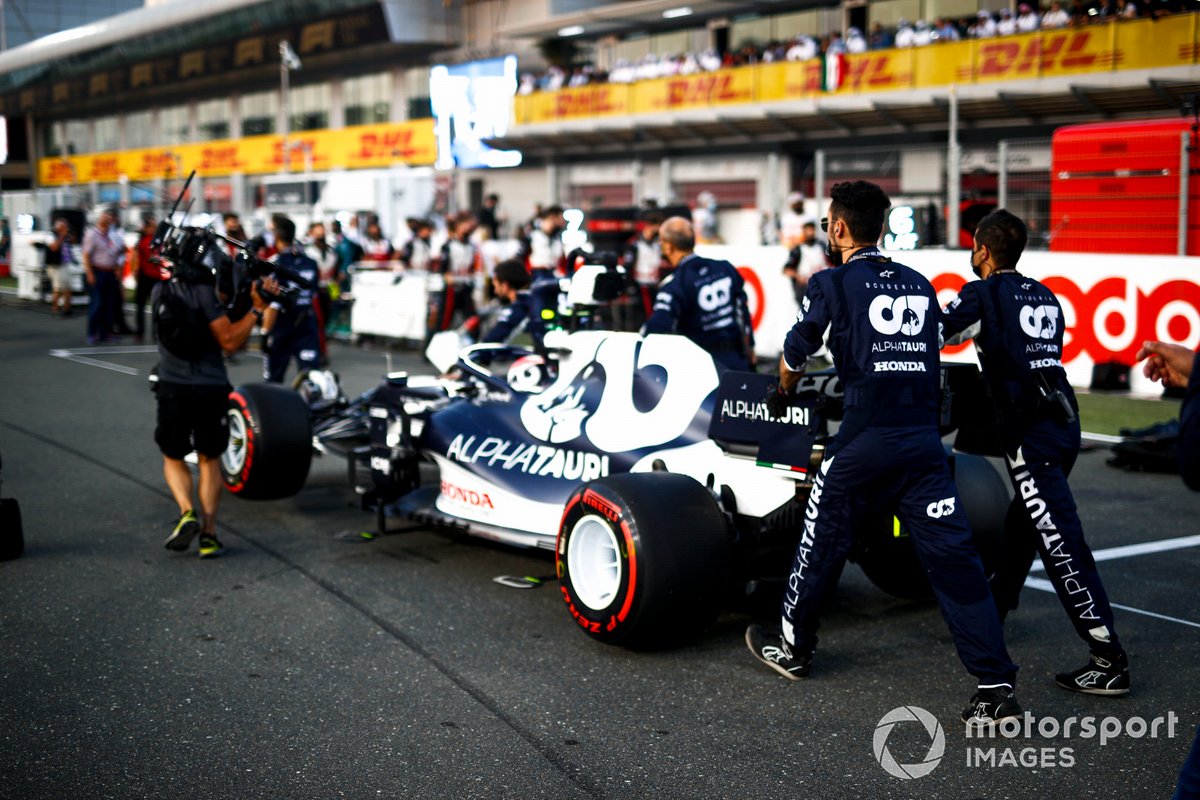 Pierre Gasly, AlphaTauri AT02, arrives on the grid

Gasly said he could not understand how AlphaTauri could have been so slow, and wondered whether the changes made to his car after picking up damage in Q3 on Saturday could have played a role.

"We changed the front wing and floor after yesterday's incident in quali, I don't know if it had an impact," Gasly said.

"We use the medium tyres in quali that we used again in the races, they were not brand new. I don't know if that had an impact.

"We need to review everything because I was even pushing really hard on the tyre, and the laptimes were never there today."

Asked if a different strategy might have been possible, Gasly said: "We could have done five stops, [or] three, two, one, it doesn't matter.

"Honestly, it was just our pace. We're just too slow and even behind Seb [Vettel] I couldn't pass him. I didn't have the pace so it's very, very frustrating."

AlphaTauri's failure to score in Qatar allowed Alpine to open up a 25-point gap in the fight for fifth in the constructors' championship as Fernando Alonso and Esteban Ocon both finished in the top five.

"I don't understand how both cars can qualify like that in the top 10 and have good pace, and both go backwards during the entire race and just not show any signs of speed," Gasly said.

"That's the main thing. Obviously [it is] very frustrating when you see where the Alpines finished, but at the end of the day we just need to be objective with ourselves.

"They did a much better job than we did, and then yeah, we can just congratulate them."