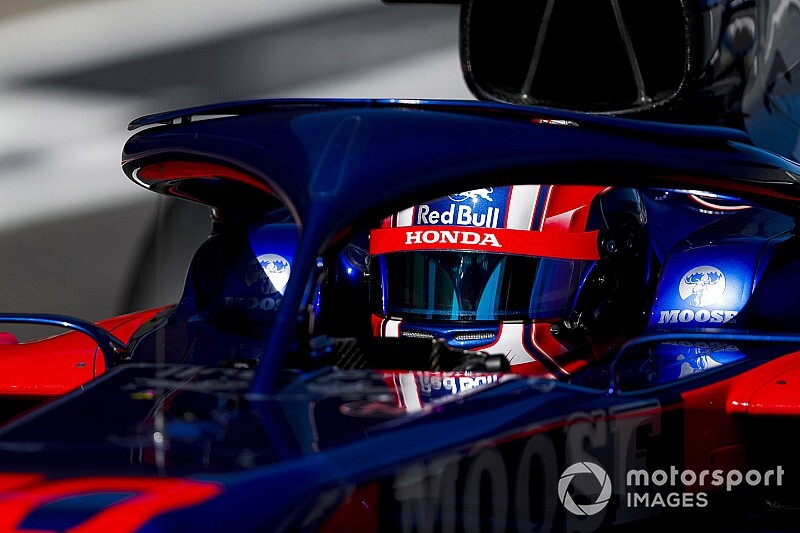 Perez’s Racing Point was tapped into a spin by Gasly and came to a rest in the barriers on what was supposed to be the final lap of the race, after Perez had tried to pass the Toro Rosso for eighth place round the outside of Turn 2.

An error with the chequered flag light panel meant that the race results were ultimately taken at the end of the previous lap, allowing Perez to retain ninth place – yet although the incident theoretically happened after the race had officially concluded, race director Michael Masi confirmed in the aftermath it was still under investigation.

The stewards have now ruled that no driver was “wholly at fault” for the collision, and have elected to take no further action.

“Both drivers contributed to the contact as car 11, who was slightly in front and on the outside of the track took a narrow line towards the apex of Turn 2, while car 10 on the inside of the track, and likely not fully visible to car 11, did not take as tight a line as was possible through the apex prior to the contact,” the verdict read.

Speaking before he’d been made aware that he would retain a ninth-place finish due to a timing error, Perez hit out at Gasly for “ruining our effort”.

“I think [it was] an unnecessary touch. [I] was ahead, gave him enough room, if you see his car is not even on the kerb, I was quite ahead, on fresh tyres, last lap of the race, I think was very stupid what he did,” Perez said.

“And he got away with it. I think he was very lucky, but he could've ruined his race and lost the points.

“There's a point where you've got to accept that you've lost the position. That maneuvre, [Daniel] Ricciardo did it to me twice [during the race] - if I kept going, I would've done the same [accident].”

For his part, eighth-place finisher Gasly was reluctant to assess any blame in the incident before he’d had a chance to take a good look at the footage.

“ I saw he was there, I expected a bit more space, but as I said, I don't want to blame him for anything, I first want to see the footage and just review everything.”