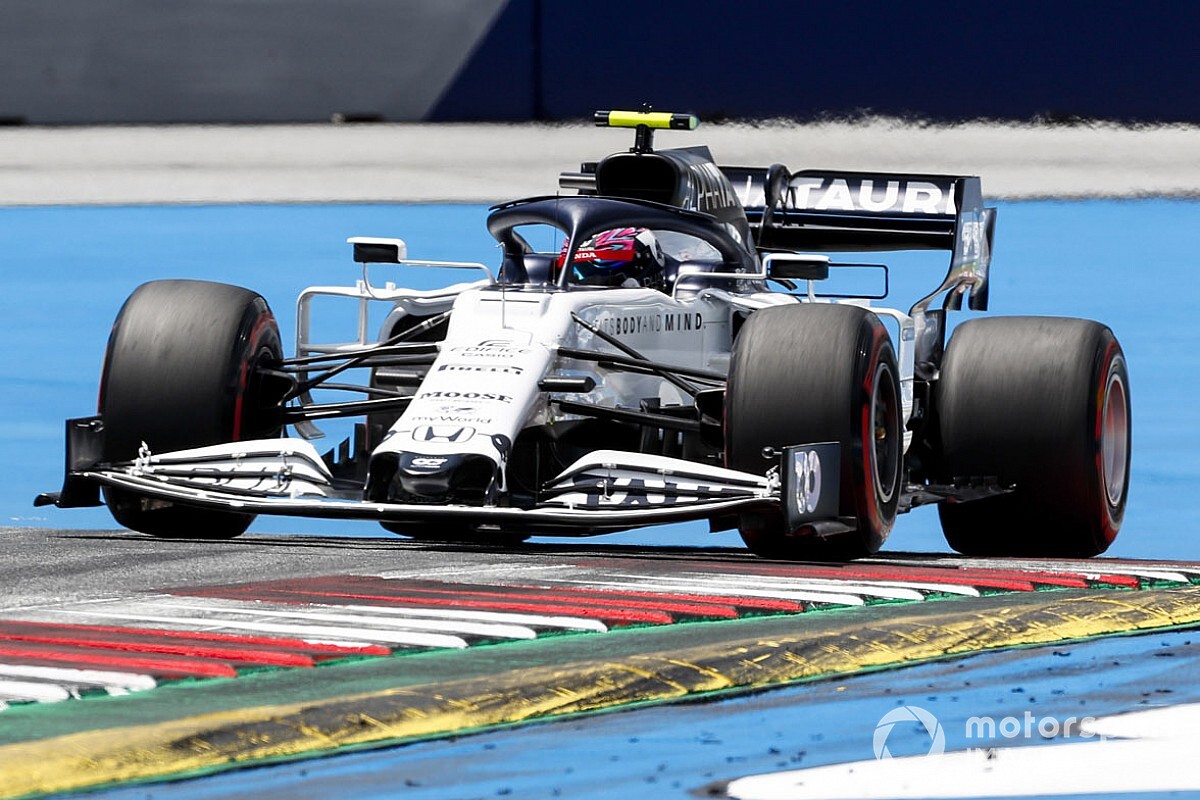 Pierre Gasly has revealed that his AlphaTauri team almost gave up his points finish in Sunday’s Austrian Grand Prix when they asked him to pit his car after just 10 laps due to fears of a brake failure.

Gasly was running in 12th position when his brakes overheated just 10 laps in. After being instructed to pit, Gasly asked for one more lap to try and get the brake temperatures under control, which he managed to achieve. He went on to finish the race in seventh place.

“I mean, we were that close from retiring the car,” said Gasly. “The team asked me actually to box on lap 10, because my brake pedal was completely flat and the temperatures were going over the roof, and I just asked for one more lap.

“They told me ‘Okay, try’. I stayed out, things got better, and in the end we finished P7, so we were one lap [away] to box the car, and then next lap stayed out and managed to get a couple of points.”

After the scare, Gasly took advantage of retirements ahead of him – notably Daniel Ricciardo’s Renault and the Racing Point of Lance Stroll – as well as Alex Albon’s spin after his collision with Lewis Hamilton.

“I think if someone told us we'd be P7 on Sunday, we would have signed straight away at the beginning of the weekend,” added Gasly. “We knew it will be quite challenging against the Renault, McLaren and Force India, and in the end we just stayed out of trouble until the finish and had some good fighting and then, yeah, managed to get a couple of points.”